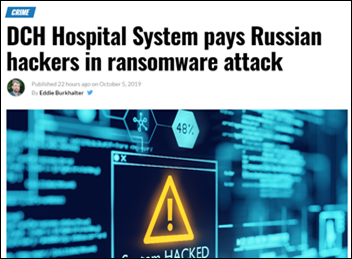 DCH Health System in Alabama agrees to pay Russian hackers after an October 1 ransomware attack forced it to divert patients and revert to paper processes. Officials haven’t been able to pinpoint when systems will be back up and running normally: “We have been using our own DCH backup files to rebuild certain system components, and we have obtained a decryption key from the attacker to restore access to locked systems. We have successfully completed a test decryption of multiple servers, and we are now executing a sequential plan to decrypt, test, and bring systems online one-by-one. This will be a deliberate progression that will prioritize primary operating systems and essential functions for emergency care. DCH has thousands of computer devices in its network, so this process will take time.” 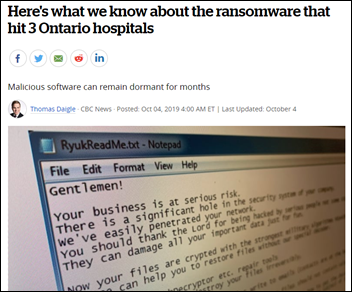 DCH, plus hospitals in Ontario and Australia, attribute their recent ransomware attacks to Ryuk malware, named for a Japanese comic book character who can’t be destroyed by conventional human weapons. A total of 13 facilities were impacted, with all still in various states of recovery.

From concerned: “Re: Athenahealth. Athenahealth will be leaving the hospital market in the next few months.” A company marketing exec responded with this statement: “We continue to be active in the hospital market through our support and investment in the experience of our existing athenahealth hospital customers. We are also committed to our customers who use the Centricity Business product, and are actively building that customer base, investing in that product, and are focused on our relationships with hospital and IDN revenue cycle clients.” 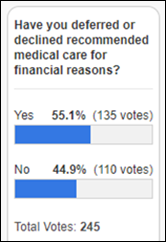 Responses are nearly evenly split, which isn’t surprising given the schismatic nature of healthcare these days. A deeper dive might look into insurance status, health savings accounts, employer contributions, and the like. The one thing I’m sure most respondents have in common is feeling an increasing squeeze on their wallets for healthcare services that may be hard to access and are priced so that they’ll never truly understand what they’re paying for until the debt collectors come calling. Mr. T says American patients fear the cost of a diagnosis more than the diagnosis itself, while North American attic laughs at the thought of a Canadian being in such a situation: “Deferred or declined recommended medical care for financial reasons? Canadians would not even comprehend the question.”

Nick van Terheyden paints a bleak but realistic picture for many: “Yes. At one end of my personal extreme I broke my ankle (or at least as best as I could tell clinically) but refused to visit any doctor or facility for an X-ray and treated myself with a boot that I had already been charged a huge sum of money for for a pervious fracture. I have told my family and any friends that I do not want an ambulance called under any circumstances – get me to a hospital if you must but by taxi or car. I don’t want my family lumbered with crushing medical debt from me. I buy my drugs overseas to save money – in bulk and at double strength, and use a pill cutter to save money. Were I to get cancer, I highly doubt I would take treatment given the debilitating nature of medical debt that accompanies this and the thought of leaving my family to lose what little we have to some large healthcare billing corporation. I’ll manage any chronic disease I have the misfortune of getting under any and all circumstances – again rather than be a burden to my family leaving them with debt they will struggle to pay. What a sorry commentary on a system that works precisely as designed.”

New poll to your right or here: For those with employer-sponsored health plans, would you be willing to use employer-approved providers if given a financial incentive to do so? As Walmart pilots a program that will do just that, and Amazon offers virtual employee care, I wonder how many of us would go that route to save a few bucks. 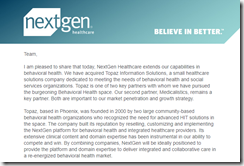 Court documents reveal that attorneys defending ex-Theranos CEO Elizabeth Holmes in a civil suit filed by former Theranos patients have asked to withdraw from the case because they haven’t been paid in over a year. The Cooley LLP lawyers believe they’ll never be paid given the “dire financial situation” of Holmes, whose blood-testing startup was once valued at $4.5 billion. 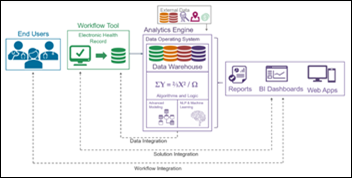 Health Catalyst announces GA of Closed-Loop Analytics to offer providers deeper clinical insights within workflows at the point of care.

UAB Medicine (AL) notifies nearly 20,000 patients of an August email phishing scheme in which hackers tried without success to divert automatic employee payroll deposits to an account they controlled. 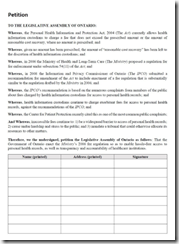 Iris Kulbatski petitions the government of Ontario to enforce fee regulations related to accessing medical records after University Health Network charged her $1,100 to retrieve her late father’s medical records. She appealed the charges for the 3,000-page file, saying that the health system backdated its policy so that it could charge her – and other patients requesting digital copies – more. UHN eventually honored the newer policy, charging Kulbatski the $40 she originally anticipated. 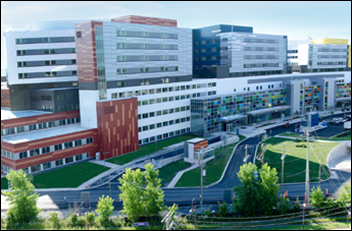 Hardware malfunctions in the sub-basement data center of $1.3 billion “superhospital” McGill University Health Centre in Montreal cause its computers and back-up system to crash. MUHC suffered a similar event last year when back-up generators failed during a blackout, and in 2013 when a goose got into the electrical system at an off-site vendor, starting a fire that eventually caused similar downtime. 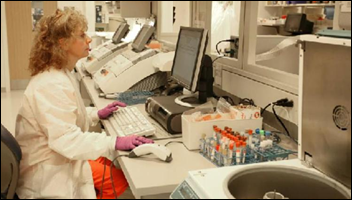 The local paper commemorates the centennial of South County Health with a look at how computers have impacted provider workflows (and lab hygiene) at the Wakefield, RI hospital. While SCH physicians acknowledge the game-changing benefits of electronic records, they bemoan the lack of interoperability when logging into five different EHRs every day. Cost is a big barrier to getting all systems on the same page. Hospital officials say it would cost $12 million to integrate its inpatient and outpatient systems. It pays $30,000 to $40,000 per year per physician to keep systems updated.