Re: Walmart connecting employees to health services around the country. I like the concept. I would love to be able to go to the best of the best for treatment of a very serious illness if my insurance allowed. The travel, the hotel, etc., to be arranged and paid for through my insurance. I would welcome that. If I had serious heart problems, I would want to go to the Cleveland Clinic; if I had a rare form of cancer, I would want to go to MD Anderson; if I had kidney disease, I would want to go to Johns Hopkins. Will the next generation of Healthcare define Centers of Excellence around the country for various diseases and allow the insured to pick? I gotta say, it is a concept that I am slowly warming up to as I watch what Walmart and Amazon are up to. (X-Tream Geek)

I think naughty lists based on reports generated from the EHR are the way to go. It’s also easy to automate with the IT team. First time you mess up, automated email at the end of the week with quick note about what not to do. Second time, note+policy with manager cc’ed. Third time someone calls you. Fourth time … (Santa)

RE: Your comment: “I can’t recall an EHR vendor in recent memory putting boots on the ground at a single client site to design, develop, and implement a product before releasing it to the market. ” GE Healthcare attempted to do the same thing (well…kinda) with Intermountain Healthcare 2007-2013. GE invested approx $500M and the final product wound up being a meager ‘white board’. The project essentially killed the careers of numerous execs as well as what was left of IDX/GE. (leftcoaster)

Re: HealthTech “Influencers” — I agree on all shared above, and I know Mr.HISTalk has well documented his concerns over the years (as well as created a brilliant suggested scoring system), so I won’t elaborate on the lunacy of such lists. EXCEPT to comment that the most glaring concern are those named whose role is marketing on behalf of an organization/group/client. Marketing Brand experts should be invisible, not found on these lists. Especially considering the fact that they likely have a very warm fuzzy relationship with a publisher as they are the go between for the client. That does not make them an “influencer”. Their sole job is making money off of media placements and brand recognition, NOT to revolutionize technology for improved health delivery or outcomes like some on the list. I find it VERY poor form for the publisher to do a favor to recognize the man who brands himself and actually believed he is changing healthcare. Worst part….said man inspires countless others like himself, and is creating a small army of brand promoters. I kind of feel like John Legend in the R.Kelly documentary…..no one else in music would speak up. Often times when I do, I receive countless IMs from people telling me they agree with me, but refusing to go on record. Folks….can we change this, or is this social media world such that we just have to roll with it? (BehindtheScenes)

Healthcare fraudster Jesse Lopez will spend more time behind bars after attempting from jail to hire a hit-man to kill her husband, a witness in her court case. Lopez was previously found guilty of posing as a nurse and performing unlicensed medical procedures at the Drop It Like It’s Hot Weight Loss Clinic and Jesse’s Gym in Florida. 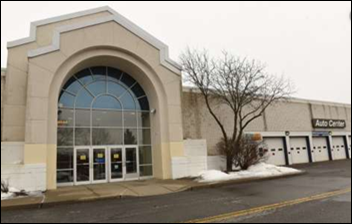 Saratoga Hospital (NY) will move some of its non-clinical operations to an anchor space in nearby Wilton Mall in order to free up space on its campus for more patient care. Information systems employees will be among the first to transition to the former Sears space. 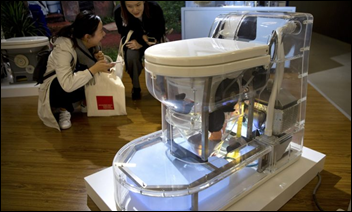 Micron Technology has developed a toilet that uses artificial intelligence to analyze a user’s waste to diagnose potential health issues. CEO Sanjay Mehrotra urges skeptics to “[I]magine smart toilets in the future that will be analyzing human waste in real-time every day. You don’t need to be going to visit a physician every six months. If any sign of disease starts showing up, you’ll be able to catch it much faster because of urine analysis and stool analysis.” 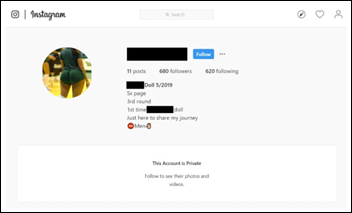 Kaiser Health News profiles the secretive world of Instagram dolls, a community of women who have taken to the social media platform to share their cosmetic surgery journeys.

In Virginia, Joel Smithers, MD is sentenced to 40 years for prescribing over a half million doses of opioids – at least one prescription per patient – since opening his practice in 2015. 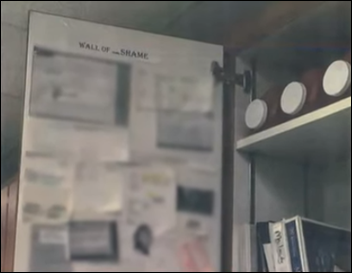 Weird News Andy asks, “Perhaps they should start a new one and put up the names of those responsible?” St. Mary’s Regional Medical Center (ME) officials apologize for a “Wall of Shame” kept by employees that mockingly showcased pictures and details of patients with disabilities. Kept on the inside of a cabinet door, the collage was discovered and reported on in 2016 by an employee who told administrators about it. Citing a toxic work environment, she later quit after colleagues retaliated against her by looking up her medical records and discriminating against her because of her own disability. St. Mary’s has been quick to assure the media that no identifying patient details were kept on the wall.