I don’t think people in general really care that much about their information getting out there or the government having it. People hand all their data over to Facebook, there is no organized movement around data leaks, and there has been very weak opposition to the Patriot Act or the Snowden leaks. The reason that we don’t have a national patient identifier is largely a result of it being bad for special interests. In the US political process, if you have a large sum of money you can always drum up “grassroots” efforts to stall legislation or pay politicians in power to pretend to hold a view. (People)

The term “copy / paste” is used excessively in a way that obscures problems with current EMR use. Plagiarizing someone else’s free-text information should be seen as very bad. Regurgitating your own previous note with minimal or no changes is merely bad and more responsible to the note bloat issue cited. But talking about the “past medical history” that autopopulates most EMR notes as if it were somehow reliable and true is naive. At minimum it’s often either incomplete or redundant and, worse, internally contradictory. Worse yet, free text narrative history notes from specialists often contradict medical history imported elsewhere into the selfsame note. Are there any examples where this sort of thing had legal ramifications? (Robert D. Lafsky)

The real irony is that in 1965, the AMA was vehemently opposed to Medicare. They claimed it would ruin the doc-patient relationship and make docs wards of the state. They were right — it has ruined the relationship, and given their income levels today, most of which comes from taxes, they are wards. Poor things. They must be gleeful just thinking about Bernie’s Medicare for all. (Frank Poggio)

A sexual harassment lawsuit brought by a since-deceased ED doctor against her hospital employer continues, with her husband claiming that the stress of her boss’s rejected sexual overtures followed by his work-related retaliation led her to die of gallbladder cancer in 2017 at 53. 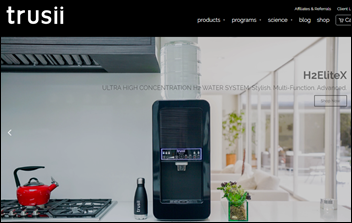 Several biohackers who believed the health claims of “hydrogen-infused water” company Trusii say they were scammed into taking out high-interest loans of up to $12,000 to buy its home water fountain, with the company promising to send them monthly checks if they posted glowing social media reviews of its health benefits. Trusii’s owners say they’re the victims of mob mentality, it’s their competitors organizing the bad PR, and that they actually overpaid users, some of whom didn’t meet its testimonial requirements. The CEO was arrested in February for alleged scams related to his previous used car business. 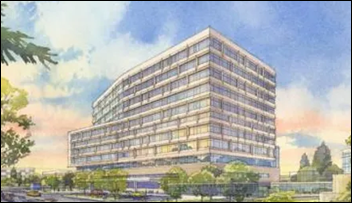 University of Michigan will build a $920 million, 264-room patient tower that it says is “an investment in Michigan Medicine’s mission of advancing health to serve Michigan and the world.” Existing semi-private rooms will be converted into private rooms, adding a net bed count of 154 (at a cost of $6 million per bed).

NPR notes that government-employed doctors in Venezuela earn less than $2 per month, forcing them to live on free food provided by local merchants and bus money offered by patients. At least half of the country’s medical employees have left the country or changed jobs, not just because of wages, but because Venezuela’s economic woes under an authoritarian government have left it without medical supplies, drugs, and hospital air conditioning as annual inflation rates have risen to 10,000,000%. Doctors report being fired or threatened for complaining about patient endangerment due to situations such as having to use their cellphone lights to perform surgery. 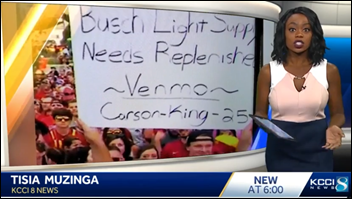 A 23-year-old Iowa State football fan whose on-camera ESPN College GameDay sign asked viewers to Venmo him beer money receives $1,600 in donations, leading him to decide to buy one case of Busch Light and send the rest of the money to University of Iowa’s Stead Family Children’s Hospital. Anheuser-Busch – owned by Belgium-based InBev – promoted his cause and offered matching funds. The donation total now exceeds $350,000.