Alphabet acquired the British company in 2016 for $500 million. It has since embarked on several high-profile projects with the NHS and VA.

The transition comes several weeks after DeepMind co-founder Mustafa Suleyman confirmed an unexplained leave of absence. He headed up the organization’s division that looked for ways to use AI in healthcare and energy, with rumors suggesting that Google plans to take more direct control of that aspect of the business, leaving DeepMind to function mostly as an AI university.

The company, which will maintain its London headquarters, will now report to Google Health VP David Feinberg, MD, MBA, who joined after leaving Geisinger Health as CEO in January.

September 26 (Thursday) 2 ET. “Patient Education Data: A Key Ingredient for Improving Quality and Patient Experience.” Sponsor: Healthwise. Presenters: Victoria L. Maisonneuve, MSN, RN, director of the Nursing Center for Excellence and Magnet program, Parkview Health; Marta Sylvia, MPH, senior manager of quality improvement and outcomes research, Healthwise. Healthcare data is everywhere! It’s scattered across various systems and in countless formats, making it difficult to collect and glean actionable information. Knowing where to start depends on what your organization wants to accomplish. By focusing on your patient education data, you can drive quality improvement across your organization. Vicki Maisonneuve will share how her team analyzes data around the use of patient education. By combining different data sets, she can easily identify trends, gaps, and opportunities to improve quality and patient experience across Parkview Health.

October 2 (Wednesday) 1 ET. “Conversational AI in Healthcare: What About ROI?” Sponsors: Orbita, Cognizant. Presenters: Kristi Ebong, SVP of strategy and GM of healthcare providers, Orbita; Matthew Smith, AVP and conversational AI practice leader, Cognizant. Conversational AI holds great promise to drive new opportunities for engaging consumers and customers across all industries. In healthcare, the stakes are high, especially as organizations explore opportunities to leverage this new digital channel to improve care while also reducing costs. The presenter experts offer a thought-provoking discussion around conversational AI’s timeline in healthcare, the factors that organizations should consider when thinking about virtual assistants through chatbots or voice, and the blind spots to avoid in investing in those technologies. 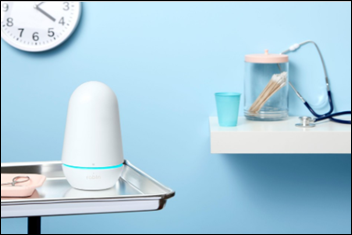 Robin Healthcare raises $11.5 million in a Series A round. The company’s digital Robin Assistant captures clinical notes through audio and optional video during an appointment and transmits them to the provider’s EHR. 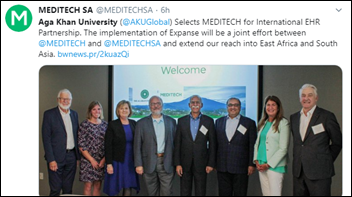 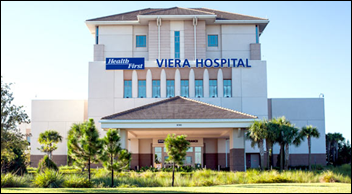 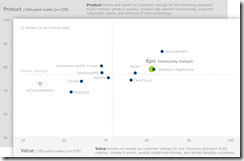 A new KLAS report on the use of Epic Community Connect in practices of 1-10 physicians finds that Epic performs better than most small-practice EHR vendors in the areas of value and system performance; the practices are happy with integration with local ACOs and IDNs; and nearly all would choose Epic again. However, Epic’s usability scores lagged due to deep but not necessarily relevant functionality and cumbersome workflows. Unrelated to Epic itself, most users aren’t happy with the support they receive from their host organization, with some striking deals with Epic itself or seeking a different host. 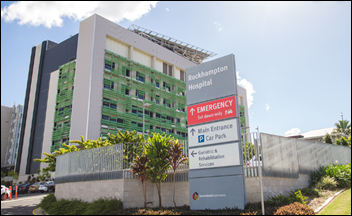 In Australia, Queensland Health Health Minister Steven Miles assures the press that a full review of the recent five-hour Cerner EHR outage at 14 hospitals is underway. He’s also taking heat for the state’s $92 million supply ordering system, which crashed hours after launch on August 1. One frustrated politician says it’s become almost impossible for nurses to order basic items. “Nurses having to put Band-Aids on the corporate bank card is absolutely appalling. Last week I heard nurses were actually buying food for patients from Woolworths. This is just absolutely ridiculous.” 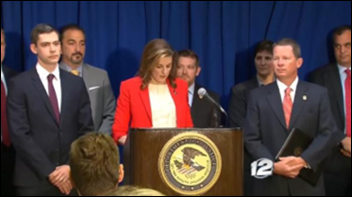 The Justice Department charges 58 people in Texas for participating in Medicare fraud schemes and operating pill mill clinics that doled out 6.2 million pills at a cost of $66 million. Three of those charged broke into a provider’s EHR to steal patient data that they then sold to durable medical equipment providers and contractors for $1.4 million.

In Arizona, Summit Healthcare Regional Medical Center’s August 1 switch from eight separate systems to Allscripts Sunrise has left many patients frustrated by long waits, chaos in the ER, and difficulty obtaining prescriptions. Numerous down times have occurred, creating backlogs in several departments. An executive admits, “We did have issues and we know we had things that didn’t work at first. Going from eight systems to one, you practically have to reinvent the wheel.” 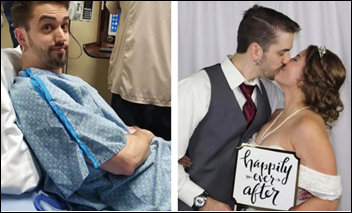 A Colorado man whose bachelor party hangover led him to seek rehydration in a freestanding ED generates a bill for $12,600, double the cost of the wedding itself. For that, he received two IV bags of saline and a dose of the anti-nausea drug Zofran, which the facility says justified a severity of four on a five-point scale and thus a facility fee of $7,644. The insurer’s negotiated price and payment left him with a balance of $2,600, which he says he can’t pay. Rural Colorado has only eight freestanding EDs and all of them in affluent ski resort towns. This one is owned by publicly traded hospital operator HCA. It says it has to overcharge patients with insurance because it can’t turn away those who can’t pay. The article notes that a local, spa-like hangover treatment center offers basically everything the groom received for $168.