Vince Ciotti attended the recent reunion of former employees of SMS. He sent some photos, augmented by those of SMS veteran Bob Haist (his photos label those employees whose names he jotted down).

We held the 50th reunion of early employees of Shared Medical Systems (SMS) this past Saturday, September 14 in King of Prussia, PA, the location of its early HQ. An amazing count of 140 ancient “King of Prussians” showed up, about 100 former employees and 40 (bored) spouses. It was quite a treat to see so many old friends, recognize their faces, and actually remember many of their names.

The highlight of the evening was an introductory speech by Harvey Wilson, co-founder of SMS in 1969. Harvey founded SMS along with Jim Macaleer, who sadly passed away quite recently, and Clyde Hyde, who passed away far too many years ago.

You may recognize Harvey’s name as the founder of Eclipsys in the mid-1980s, an early EMR vendors that he later sold to Allscripts. It is incredible that one man could be the founder of two of the leading vendors in the HIS industry! 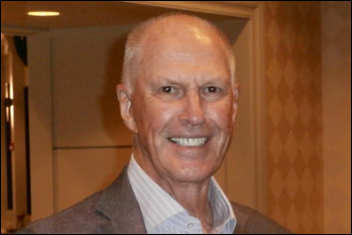 Amazing how good SMS co-founder Harvey Wilson looks after all these years! 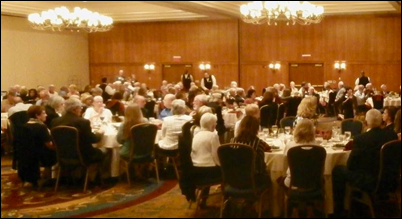 Harvey’s introductory speech gave most of the credit for the company’s success to its hard-working employees. 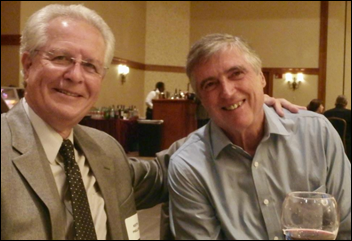 On the left is Keith Phillips, an early marketing superstar, trying to stop me on the right from guzzling too much Chianti. 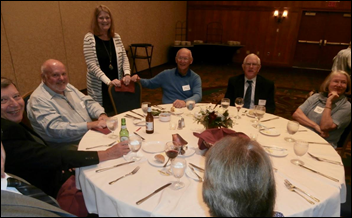 Another leading SMS executive from those days was Karl Witonsky, VP of development, in center in the back in the blue sweater. He gave a moving speech about life in the early days of IBM mainframe computing. 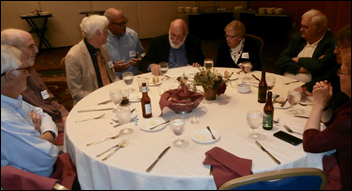 Another leading SMS veteran was Ken Shumaker, with a beard in the center, drawing a diagram of how he programmed Unifile.

See also a PDF of Bob Haist’s photos with names.