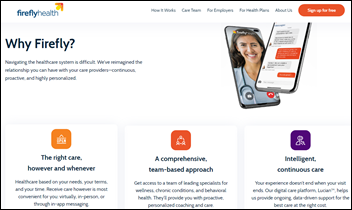 Bush’s appointment was announced in the same press release as the company’s $10.2 million Series A funding round.

Firefly bills a patient’s insurance for co-pay and video visits, with no charge for messaging. In-office visits are conducted only in Wellesley, MA, and the company does business only in that state. Firefly says it will “enter several new markets” in 2020.

From Wall Flyer: “Re: Leidos Health. Sold to private equity firm A&M Capital last week. I’m interested in your perspective of what this might mean. Leidos Health was the commercial healthcare business unit of Leidos, which essentially consisted of MaxIT and Vitaliz that were purchased by SAIC before spinning off into Leidos and Leidos Health.” Verified that the commercial EHR implementation business has been acquired, although I don’t have deal details yet since the announcement isn’t scheduled to come out until next week. The DoD’s Cerner project isn’t included — Leidos runs that project through its federal business unit. The portfolio of A&M Capital Partners includes government health IT contractor CNSI, which it acquired in April 2018. I’ll probably have more to say once I see the announcement. UPDATE: The Leidos PR contact graciously offered to answer my questions ahead of the announcement: 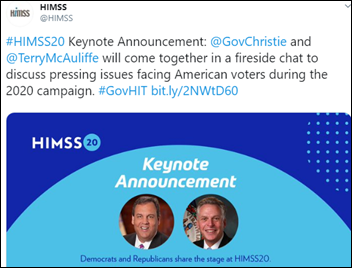 From Who Dis: “Re: HIMSS20 keynote speakers. They just announced Chris Christie (former Governor of NJ) and Terry McAuliffe (former Governor of VA) for the Friday morning session. Does that change your mind about attending?” It confirms the wisdom of my decision to skip the last day, as I always do. I doubt that even the few folks who stick around all week will be anxious to hear more political yammering. I’ll spend that time waking up at home or at the beach (maybe Chris Christie will join me). I’m more interested in who gets the primetime agenda slots, which usually ends up being some minor celebrity (Dana Carvey comes to mind as one of the worst, with Dennis Quaid a distant second) or big-company executives. My wild guesses for the good spots: someone from “Shark Tank” (Robert and Mr. Wonderful spoke at HIMSS17), Barack Obama, Malcolm Gladwell, Nicholas Webb, David Feinberg or Toby Cosgrove from Google, Amy Abernethy from the FDA, Sean Parker, Jay Leno, Bill Gates, or someone from Walmart or Amazon. My off-the-wall suggestions, who you can Google if you don’t know them: Jen Gunter, MD; Ken Jeong, MD; Jonathan Bush; Devi Shetty, MBBS; Elizabeth Holmes (or John Carreyrou in her probable absence); Atul Gawande, MD (since he bailed out this year); Stephen Bergman, MD, PhD (aka Samuel Shem); and Neil Pappalardo. I would have said Martin Shkreli, but he’s still in prison, although maybe he can tele-keynote.

September 26 (Thursday) 2:00 ET. “Patient Education Data: A Key Ingredient for Improving Quality and Patient Experience.” Sponsor: Healthwise. Presenters: Victoria L. Maisonneuve, MSN, RN, director of the Nursing Center for Excellence and Magnet program, Parkview Health; Marta Sylvia, MPH, senior manager of quality improvement and outcomes research, Healthwise. Healthcare data is everywhere! It’s scattered across various systems and in countless formats, making it difficult to collect and glean actionable information. Knowing where to start depends on what your organization wants to accomplish.  By focusing on your patient education data, you can drive quality improvement across your organization. Vicki Maisonneuve will share how her team analyzes data around the use of patient education. By combining different data sets, she can easily identify trends, gaps, and opportunities to improve quality and patient experience across Parkview Health. 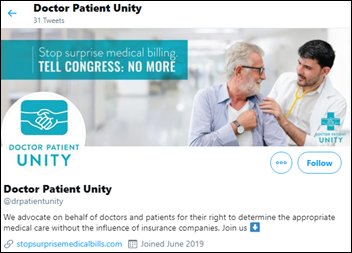 The New York Times confirms that two big financial backers of Doctor Patient Unity – which has spent $28 million to squash proposed legislation that would eliminate surprise medical billing – are the private equity-owned physician staffing and practice operators TeamHealth and Envision Healthcare, which make fortunes sending out-of-network bills. Just in case you’ve forgotten that healthcare is a big business, Blackstone Group bought Team Health for $6.1 billion in 2016 and KKR took over Envision Healthcare in 2018 for $9.9 billion. DPU warns that hospital will close and doctor shortages will arise if the government requires companies to accept the median in-network payment instead of whatever inflated amounts they dream up. They advocate for independent dispute resolution instead, which is already the standard in New York. 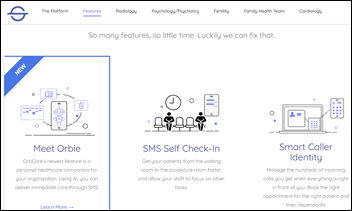 Toronto-based specialty practice EHR, PM, PACS, and AI chat bot vendor OrbCare is reportedly nearing insolvency just six months after announcing a $2 million seed round. The company’s problems came to light when one of the investment firm’s partners, who had been announced as OrbCare’s new COO, found that its monthly revenue was half of what it had reported. The founder and CEO gave a variety of excuses – he was dealing with family matters, the company’s debt was incurred after the funding round, revenue was reported for clients who ultimately never signed up, he intentionally did not share a re-filed financial report with investors, and he never intended to be CEO in the first place. The investment firm provided a $1.2 million loan and has offered another $1.2 million to buy the company in a stalking horse bid. I don’t know how good its products are, but it sure has a bunch of them, so perhaps there’s intellectual property in play. 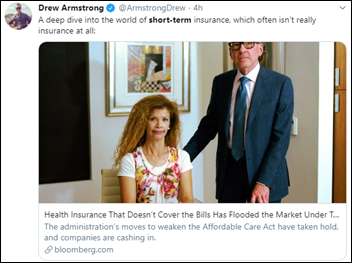 A woman who bought her family short-term health insurance (aka a “junk plan”) gets a $244,000 hospital bill after her husband’s emergency bypass surgery. Her plan didn’t cover pre-existing conditions and limits hospital payments, so it covered only $4,000. She says “negative stories” had kept her from buying real insurance through Healthcare.gov, which she found afterward would have cost her less than the junk plan’s $400 per month premium. The real beneficiary was publicly traded insurance broker Health Insurance Innovations (HIIQ), whose share price tripled from 2016 to 2018 as its annual revenue grew to $350 million, valuing the founder’s stake at $150 million at its peak and earning its CEO $14 million since 2016. A White House executive order expanded the scope of short-term plans, resulting in a six-fold increase in policies since the end of 2018 to  600,000. Big insurers have jumped on board since they aren’t required to spend 80% of premiums on claims like they are for ACA-compliant plans, and in fact are averaging just 39%, making the plans highly profitable with minimal regulation. Meanwhile, HIIQ just paid $70 million to acquire a company that sells insurance via TV ads to senior citizens, so it sees promise in the “low-hanging fruit in the over-65 space.”

A ProPublica investigation identifies 187 Internet-accessible, unsecured servers that hold the medical information of 5 million Americans. Many of those records belong to mobile X-ray provider MobilexUSA – whose parent company Trident USA is operating under Chapter 11 bankruptcy – but the company says it has beefed up security after being notified of the exposure by ProPublica. DICOM overseer Medical Imaging & Technology Alliance says that secure connection capability was added to the standard in 1999 and any lack of security is the responsibility of the operator, but adds that some of the insecure systems don’t contain live patient information and instead are being used for product development and testing. 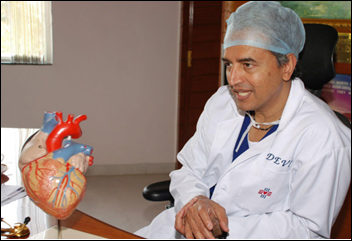 A husband and wife are charged in federal court with stealing trade secrets from Nationwide Children’s Hospital (OH), where they worked as exosome researchers. They are charged with selling the results of their research through companies they formed in the US and China. They also filed four patents in China. The indictment calls for the couple to forfeit $876,000 in cash, $450,000 in stock payments, and their shares in two biotech companies. The FBI is also investigating possible ties to the Chinese Communist Party and the Chinese government-sponsored “Thousand Talents Program” that encourages its citizens who work abroad to return to China with their newfound knowledge. The couple’s attorney scoffed at most reporter questions with the response, “Research while Asian.” 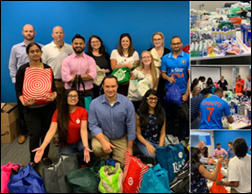