Private equity can jump in the line of who all are screwing the consumer –bloated organizations, vendors charging five times what it would cost out of healthcare, solutions bought not needed, physicians making a fortune off their patients’ problems, and hospital execs stuffing pockets while driving up costs. Next up: pediatric offices charging based on parent fear level. (Overcharged)

I use PillPack and one of the things that appealed to me was that it took five minutes to sign up and they had my insurance information and prescription information without my needing to supply it. If this had been manual, I would have never signed up. (To be or not to be)

Is a really high deductible and co-pay actually “coverage” or just the illusion of coverage? (Brian Dale)

I’m honestly thrilled that a hospital / health system got nailed for obstructing access to patient records. It’s overdue. As a hospital, I owe it to my patients to assure that they can get to their records in a timely manner. I don’t always know why they need it, and it isn’t my problem. It is their information. They should have a right to it. (MEDITECH Customer)

Epic doesn’t tell you how you do on the exams, but you can assume you did well if you’re offered the job. Carl Dvorak, in a new hire class, told us that the aptitude and personality tests were better predictors of how well Epic employees would perform than their college major, job history, college, etc. (Publius)

Worked in a border city in a prior life — we had hospitals in both states. One state required a physician signature on every individual script, the other allowed batch signing. EMR workflow was a nightmare, as was physician adoption for the physicians that worked in both hospitals. (Was A Community CIO)

Burnout is a real condition, but for most of organized and academic medicine, it has provided a handy new topic to generate more content for sale and consultation fees. (Kevin M. Hepler)

If the AMA was fighting for us, they would be loudly demanding truly radical restructuring of US health care rather than tweaking the existing one with apps, conferences, wimpy comments on CMS rule-making, etc. The solution to our problem isn’t going to come from the AMA until they recognize that they helped to create the problem. (Joe Schneider)

That’s the nature of implementation in general. People who have previously done the exact same thing as you need command a premium salary. Most of the work isn’t really that complicated and is just grunt work. Therefore vendors provide the grunts and let the high-powered implementation people go become consultants that the customer can pay high salaries if that’s what the customer wants to do with their money. (Grunt)

I like where you are going with a basic skepticism of feedback you receive from folks who have not yet bought your product. In the startup world, a little book called “The Mom Test” has become the standard for the “customer discovery” process, in which you learn that people desperately want to tell you what they think you want to hear – and it’s usually not helpful. (Michael Burke) 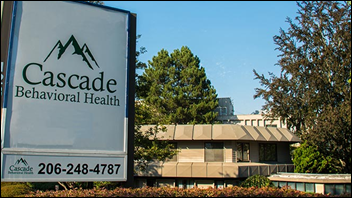 The Seattle newspaper recites yet another example of The Joint Commission giving a hospital a glowing review while state inspectors were nearly simultaneously threatening to shut it down for safety problems, highlighting the Commission’s self-proclaimed role as being the non-punitive advisor to hospitals that want to improve. 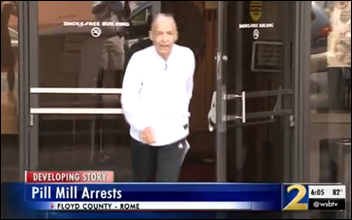 An 86-year-old Georgia doctor who operates a weight loss clinic is arrested for illegal drug distribution and money laundering, charged with taking cash from former NFL linebacker Sedrick Hodge for providing him with prescription medications to sell on the street. 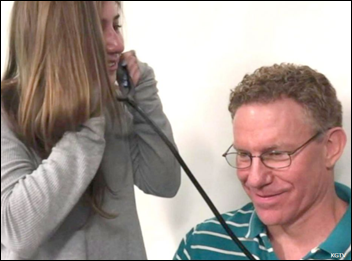 San Diego physician Murray Alsip, DO discovers that he can continue practicing medicine even after a heart transplant left him unable to see patients in an office by signing on as a telemedicine doctor with MDLive. Alsip previously met with the former girlfriend of 20-year-old man whose heart he received so she could hear it beating in his chest.