My attorney friends are always asking me about the sheer volume of information in medical records that they see for personal injury cases. It’s staggering – what used to be a manila folder full of records now might be a copy paper box when printed.

Many of the notes incorporate (or simply regurgitate) other data, which just adds to the overall length – whether it’s a copy-and-paste situation or whether it’s embedding diagnostic results such as CT scans or laboratories. Either way, it’s difficult to sift through the information.

So-called “note bloat” is a problem, and some EHRs are better than others as far as helping providers visualize key patient information. It’s not surprising that the EHR is cited in medical malpractice suits. EHR-related claims have increased from 0.35% in 2010 to 1.29% in 2018. EHR adoption has jumped from 15% to 90% across that same time period.

According to recent data from The Doctors Company, this trend continues. Issues frequently cited include system design and usability problems, which are typically cited as contributing factors to a claim rather than as a primary cause. Issues around alerts were cited in 7% of claims, while fragmented records were cited in 6%. User-related issues are an issue, from problems with copy/paste to entering incorrect information.

The Doctors Company, a medical liability insurance carrier, offers some tips for avoiding EHR-related claims: avoid copy/paste except with past medical history; contact IT if data is being inappropriately auto-populated; review entries selected from drop-down menus; and review information thoroughly before treating patients. The latter is easier said than done. 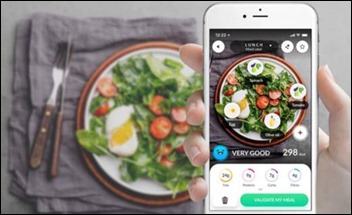 I’m always interested in new apps, so was excited to hear about Foodvisor, which claims to use photo recognition and AI algorithms to identify the food on your plate and offer personalized coaching around your eating habits. Many of my patients who have tried to use food journals get frustrated with the tracking part, even using an app which they often find tedious. If the photos can accurately be translated to discrete data, this would be a leap forward for patients who have been unable to track their eating habits.

Patients can also use the app to track their activities, either keying them in or by syncing them from the IOS Health app. (I guess Android users are out of luck in that regard.) The company launched in 2018 in France and this month in the US after the system learned how to recognize foods that are popular here. I like their avocado mascot and am looking forward to seeing how they do in the marketplace.

Perhaps the app might be of use to medical students, whose rates of hypertension are more than twice that of the general public, according to a recent presentation at the American Heart Association’s Hypertension 2019 Scientific Sessions. The student rate of Stage 2 hypertension was 18%, compared to 8% for comparable members of the general public. The study looked at over 200 first- and second-year students at the DeBusk College of Osteopathic Medicine. Participants completed a survey on tobacco, alcohol, diet, exercise, mental health, social support, and past medical history. The real surprise was that only 36% of students had normal blood pressures – the rest were either elevated, Stage 1, or Stage 2.

They might also want to take advantage of recent data from the journal Heart was published last month and indicated that daytime naps may be linked to a lower risk of heart attack or stroke. Researchers looked at 3,500 people living in Switzerland and found that those napping once or twice a week were better off than those not napping at all. Participants ranged in age from 35 to 75 years and were healthy prior to the five-year study. The study was observational, meaning it doesn’t show cause and effect; but I’m certainly going to take those results to heart.

Each year in September, EHR/PM vendors and clients scramble to make sure they have updated CPT codes since the new codes typically go into effect on October 1. This year’s 248 new codes include six for online services, three for physicians and other qualified professionals and three for communications with non-physicians. Two additional codes cover self-reported blood pressure monitoring. Just because the codes exist is no guarantee that they’ll actually be paid for if used, so providers should check their payer contracts to see how new codes are handled before they get too excited. There are also 71 codes being retired and 75 being revised.

Providers typically look to their specialty societies for information on how they’ll be impacted by the changes. They also look to their IT teams to make sure the codes are loaded and mapped appropriately anywhere they might be embedded within technology, so good luck to those of you responsible for the changes.

HIMSS launched registration this week for the flagship annual conference, with the coming year’s theme of “Be the change.” There’s also apparently a rebranding effort going on, with insiders being excited by their kicky new font and expanded color palette. I guess they’ll have to commission a new set of giant letters to adorn the grassy slope outside the Orange County Convention Center. The conference itself even got a rename – it’s now the HIMSS Global Health Conference & Exhibition. According to the marketing staffer who gave me the scoop, this complements their new vision and mission of being focused on the health and wellness ecosystem. The good news is that no one really used the full name of the conference anyway, so the rest of us can still call it HIMSS20 and be good. I booked my hotel a few months ago to make sure it was affordable so now I just have to book the flight.

Speaking of HIMSS, they’re hosting their annual US National Health IT Week event later this month. Its theme of “Supporting Healthy Communities” is designed to promote transformational activities to drive better health outcomes and health equity. Points of engagement include public health, population health, workforce development, expanding access to broadband and telehealth, and addressing social determinants of health. Several governors are expected to issue proclamations in recognition of the event, but it doesn’t look like there’s much going on in my neck of the woods.

How to you plan to celebrate Health IT Week? Leave a comment or email me.