Bayfront Health St. Petersburg (FL) pays $85,000 to settle Office for Civil Rights charges that it failed to provide a woman with the fetal heart monitor records of her unborn child within HIPAA’s 30-day window. This is HHS OCR’s first case brought under HHS’s Right of Access Initiative that was announced earlier this year.

The mom didn’t get the information until nine months later, and then only after she filed an OCR complaint.

The hospital is part of Bayfront Health, which is owned by for-profit Community Health Systems.

The hospital also agreed to a corrective action plan that includes revising PHI-related policies and procedures if necessary, validating its Designated Record Set Policy, training its employees who manage information requests, and providing HHS with a list of its business associates.

The settlement is important since it signals OCR’s belated interest in going after health systems that have been widely ignoring the requirement that they give patients copies of their records promptly and at a reasonable cost.

From Banga Gong: “Re: physician burnout. What about other people who are burned out? You don’t read much about them.” Agreed. Many Americans are experiencing the cultural phenomenon of burnout that is caused by excessive workload, too much time wasted in conference rooms and on email, an always-on expectation of answering work messages around the clock, jobs that discourage creativity or individualism, a disconnect between accomplishment and rewards, general executive cluelessness and indifference, and employers whose social mission and human connection are coincidental at best. They make it worse by wasting endless time staring at their phones and anguishing second by second over political nonsense instead of cultivating in-person relationships, breathing fresh air, and stepping out of their consumptive role as never-rest shoppers. Therefore, I’ll take the harsh point of view that doctors who have decided to become employees are belatedly finding out that it’s not so great being an employee in the US these days, no matter how much you’re paid. Thousands of lower-earning people name email or Slack as the corporate villain for every doctor who blames the EHR for their unhappy work life. Forming a union isn’t likely to help, so the choices are to (a) find a more suitable physician job; (b) leave the profession and do something else; or (c) become self-employed. Complaining while remaining isn’t a good look, but I can understand why doctors are especially unhappy because their entire post-high school lives were structured around being gunners who earned rewards by beating others.

From Mensch: “Re: layoffs. How would readers know if a layoff seems to unfairly target more expensive workers?” They can easily go down a self-made list of newly vacant cubicles and tally the dearly departed by age group, position level, known health problems or frequent absences, etc. I’ve been involved in health system layoffs, and while HR ran our proposed IT layoff list through a discrimination testing program to make sure we wouldn’t get sued, the end result was that we just took the first run of the program to see if we had the prescribed mix of ages and males-female, then chose more younger people or females or whatever we needed to get the spreadsheet’s green light. In other words, some people were cut loose purely to balance our desire to get rid of some of their peers. I’m saying “we,” but the decision was made above my level by an executive who was new and therefore naive enough to think that his gung-ho team play would benefit him as a man of decisive action. 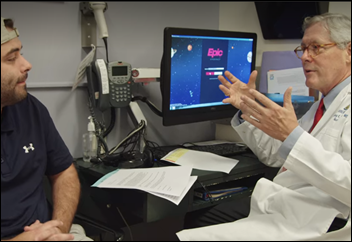 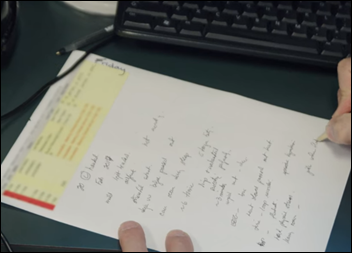 From Alan: “Re: Netflix documentary ‘Diagnosis.’ See attached screen grabs. S1-E6  shows a Johns Hopkins neurologist writing a paper note in front of his Epic screen. Seems like he could have more room to write if it weren’t for that annoying keyboard.” The patient is probably happier to have the doctor at least looking him most of the time since the room arrangement doesn’t readily support showing the patient the screen while entering information. Large monitors and even projectors are super cheap and small these days, so it would be nice to have both participants looking at the same screen image as a teaching point. My tax guy has a large monitor behind his desk that we look at together when he is explaining stuff and it works great, especially since his wireless keyboard keeps him untethered.

A relative of mine is a family doctor who has worked for years (not all that happily) for a multi-specialty clinic whose foreign-trained physician-owner pushes the medical staff hard to increase patient volume and keeps elevating the bonus targets. The relative says working conditions suddenly got worse recently as the clinic “got a new investor” (which I take to mean that it was sold to a big investment group), a new practice manager was installed who chews out the doctors over administrivia, and the whip is being cracked harder to make new number targets. Sometimes you forget that even modest private medical offices can be the storefront for big business.

I was also talking to a doctor friend who gets insurance from his academic medical center employer. He found when his kids went to college that his employer’s family plan offers basically no coverage outside its immediate area. I wonder how many of us know what would happen financially if we’re taken to an ED unexpectedly while on vacation several states away from home?

A ProPublica report finds that private health insurance companies, unlike Medicare and Medicaid, don’t pursue widespread and sometimes obvious examples of healthcare fraud because they can simply pass its cost on to consumers in the form of higher premiums.

Cerner EVP / Chief of Innovation Jeff Townsend will retire this year after 30 years with the company.

A Spok survey of hospital employees on mobile strategies finds that poor wi-fi and cellular coverage remain the biggest problems, although improving. More than half of non-clinical staff still use pagers, which respondents say provide better coverage than any other communications device.

Apixio announces Quality Identifier, which uses AI to extract quality data elements from patient notes, scanned charts, and other documents that are then presented to abstractors for review.

Leidos Partnership for Defense Health announces go-live of the Department of Defense’s MHS Genesis project at Mountain Home Air Force Base (ID), Travis Air Force Base (CA), Naval Health Clinic Lemoore (CA), and the Presidio of Monterey, US Army Health Clinic (CA). The project remains on track for 2023 completion, with 23 go-live waves of around three hospitals each.

The Census Bureau reports that for the first time since 2014, the percentage of uninsured Americans rose in 2018 even with a strong economy.

In Canada, British Columbia’s privacy watchdog opens an investigation into Vancouver Coastal Health’s use of paging systems to broadcast patient movement data, which it says can be easily intercepted by anyone with enough technical proficiency to run software-defined radio since the information is not encrypted. 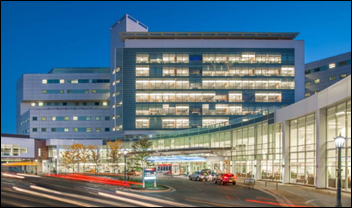 A Washington Post article decries the lawsuits brought against patients who have unpaid bills by University of Virginia Health System, which over six years filed 36,000 lawsuits in an effort to collect $106 million. The article notes that UVA has sued 100 of its own employees, garnishes paychecks from lower-pay employers such as Walmart, and has seized $22 million in state income tax refunds as Virginia law allows. Perhaps the moral outrage could be redirected from UVA – which has broken no laws and is doing exactly what any business would do – to a national health non-system in which exorbitant provider prices collide with a patchwork insurance program in leaving some patients with medical bills – at full list price that only cash patients are expected to pay — that bankrupt them through no fault of their own. Shaming UVA publicly won’t resolve a whole lot since the problem is far greater than defining just how far that specific hospital should go in its collection practices. There’s also the issue that giving those who can’t or won’t pay a free ride just means the health system will milk the rest of us harder to compensate and help hide the real problem. It’s cute that people are still surprised that it’s not the pre-Medicare 1960s in healthcare, or that they beam at  the massive employment and architectural splendor of their local health system without questioning who’s paying for it. 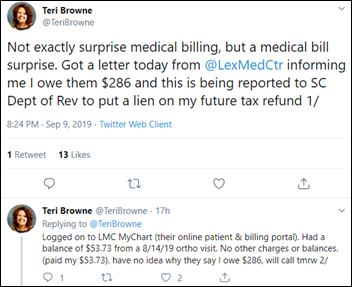 Speaking of billing practices, nephrology social worker Teri Browne, PhD describes her experience after Lexington Medical Center (SC) notifies her that it has asked the state to place a lien on her future tax refunds for the $286 she owes, with these details:

A Health Affairs article finds that nearly all of the highest-charging air ambulance companies are owned by private equity firms. 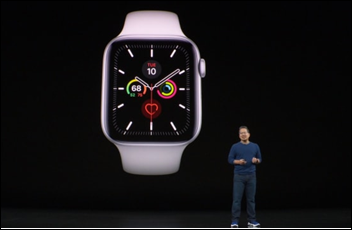 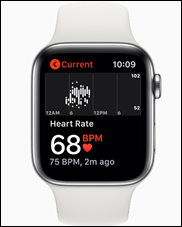 Apple provides more details about the three studies being launched on the new version of its Research app: