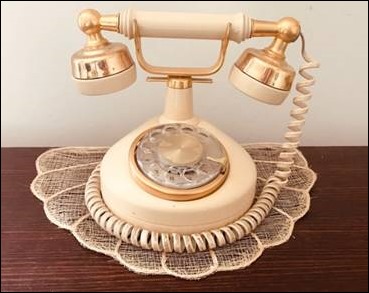 Telehealth technology in the news: Mayo Clinic has rolled out a cancer tele-rehab program, resulting in quality of life improvements for participants. The outcomes studied included pain and daily function, which were linked to reduced hospital length of stay as well as reduced need for post-acute care.

The technology used wasn’t strictly in line with what many of us consider telehealth. The 516 participating patients were assigned to either a control group that reported symptoms by phone or web-based survey, an intervention group that also received phone calls from care managers providing instruction on walking and exercise; and a second intervention group with the same interventions plus the addition of medication-based pain management. The number of hospital admissions was comparable, but the length of stay for the first intervention group was four days shorter than the control group. The second intervention group’s length of stay was about two days shorter. Researchers note that cancer pain is often undertreated and impacts the functional status of patients, so engaging with rehab services can lead to better outcomes.

More than a decade ago, I did some HIE work that we thought was pretty cutting edge, but now doesn’t even begin to scratch the surface for interoperability. Being able to access a patient’s full and complete medical information, whether provided by the patient or obtained from other sources, is the equivalent of the holy grail for some physicians. Having been in the clinical trenches for a fair amount of time, though, I wasn’t surprised by the statistics that nearly half of US patients are omitting significant pieces of their histories provided to their care teams.

Data noted in a recent survey of over 4,500 patients included issues such as domestic violence, sexual assault, depression, and suicidal thoughts. Patients are often uncomfortable addressing these issues with providers, especially during relatively brief medical encounters. They may feel they will be judged or lectured. The rate of information withholding is higher among women and younger patients. If the patient isn’t ready to share that kind of information, it’s unlikely to be available from other sources, but I hope that our efforts with patient engagement and empowerment will ultimately lead to patients who feel comfortable sharing information that will help us be better partners for health.

Flu season is nearly upon us, with recommendations to try to vaccinate all patients six months and up before the end of October. As the flu season becomes nearly year-round, the opportunities continue for patients (and staff) to contract the illness.

I once worked with a practice that did not provide employees any sick days and punished them for calling out sick. Their mantra was, “If you’re going to be sick, you might as well be paid for it.” It’s shocking to hear from a healthcare organization, so I was interested to see a recent study that looked at healthcare workers that continued to deliver care while suffering from acute respiratory illnesses. The authors looked at multiple flu seasons in nine Canadian hospitals from 2010 to 2014. At least 50% of participants reported at least one acute respiratory illness, and nearly 95% of workers reported working at least one day while they had symptoms. The relative risk of working while ill was greater for physicians and lower for nurses.

In related news, a recent study concludes that the N95 respirator is no better than a standard medical mask at preventing transmission of influenza to healthcare providers. That’s good news. Anyone who has ever had to wear the N95 knows it’s not much fun, not to mention the need for some people to shave beards to get it to fit correctly.

A related editorial notes that although the study was designed to address limitations of previous studies, the current study was somewhat underpowered and might be impacted by under-reporting of symptoms and delays in specimen collection. It also didn’t address the inpatient setting. It did, however, mimic conditions that are typically seen, including providers who may or may not wear the masks they are supposed to, or who may not wear them correctly. This makes the findings more generalizable.

Our flu vaccines are scheduled to arrive today. Personally, I can’t wait to roll up my sleeve since one of my colleagues has already been diagnosed with influenza.

I missed out on the groovy time that was the Epic User Group Meeting, but was intrigued to hear the announcement that they’re pulling together records of more than 20 million patients for medical research. As Mr. H noted, they’ve made this announcement before, so the real news is that clients are actually signed up. Cosmos is designed to gather de-identified data from Epic customers and make it available for evidence-based medicine research.

I’m sure it was a splashy announcement at the annual UGM gathering, but I question the ability for that data to be truly de-identified and how clean it is. Nine organizations have contributed more than 7 million patient records, with 30 additional customers being in discussions with the company. Participating hospitals and health systems agree to ensure data contributed is standardized enough to support research. Epic plans to dedicate resources to do terminology mapping to allow the platform to work.

The data won’t be available to researchers until there are at least 20 million patients in the data set and already people are salivating at the possibility of using it for rare diseases or difficult-to-treat conditions. Researchers will use existing Epic applications to work with the data, along with potential new applications.

There are certainly privacy concerns at play here, even with de-identified data. We’ve all seen how easy it is to re-identify that information. It’s unclear whether patients intended their data to travel far and wide and whether existing consents cover this kind of an aggregation.

I’ve seen half a dozen Epic builds over the years and frankly the lift needed to standardize some of the data might be the limiting factor. My own Epic patient charts are chock full of errors that I don’t have the time or energy to try to correct, so good luck to those who think this is going to be the answer to all kinds of research problems. There’s also the issue of data that lives in Epic that was converted from legacy EHRs, which after being converted and normalized, might not even resemble the original clinical intent.

I’d be interested to hear from anyone who has been involved in this project or who is closer to the details. What did you think of the announcement at UGM? Is it just one more shiny object for organizations to follow, or is it really a game changer? Leave a comment or email me.