[From the author of a report predicting that clinical decision support systems will replace EHRs as the primary physician interface] CDS are now mostly point solutions, but the CDS vendors are expanding their reach and are discovering something interesting: the more they expand, the more EHR data is required. At some point most of the data in an EHR is then in the CDS. We have not reached that point yet, but when that happens, it makes logical sense to invert the model, where an EHR gates most health It functionality and change it to a model where the EHR is actually subordinate to a more user friendly interface: likely one that looks a lot like a CDS … The essential notion is solid: EHRs are not user friendly, but CDS generally are. This is an unstable dynamic and we believe that someone will move to address the problem. Also, we did talk to practically every CDS vendor as well as every EHR vendor and healthcare delivery organization. The interesting thing is that the idea that CDS would take over did not come from the CDS community, but came from the healthcare delivery community. (Mike Jude)

[To the author of the report above] You make some sweeping assertions without any basis in fact. “EHRs are not user friendly, but CDS generally are” – what is this conclusion based on? You assert “CDS are often developed in response to specific pain points: new regulations, new dosing requirements, etc.” Are there any serious CDS systems certified for Meaningful Use AND in general adoption by doctors at the point of care? And on what fact base do you assert that EHR vendors don’t “incorporate human factors to ensure low impact human interactions?” (Supporting good decisions)

[Referencing an article on Apple Health Records] How will access to my EHR data help me “shop for high value health care services” and “avoid the need to repeatedly supply data for entry?” These discussions are without substantive support in any fashion that I can see. I hope my tax dollars did not pay for this. (FormerCIO)

The ACR AUC system is ridiculous for specialist physicians. I am a board certified orthopaedic surgeon who knows when I need an MRI or CT scan. At what point does the system trust me to make a decision about the care of my patients? After two MOC exams? After 20 years in practice? Am I an outlier with studies? No. So if ACR wants to do AUC, then have the radiologists do it, not me. I know what study I need and want to care for my patients. If you think you know better, then you take over the care of the patient when you deny the test. (meltoots)

Millennials who document every potentially enviable aspect of their lives on Instagram are hiring professional photographers to shoot both natural and C-section childbirth, with full-time birth photographers elbowing doulas out of the way to charge up to $4,000 at trendy hospitals like Cedars-Sinai and UCLA. They leave business cards in exam rooms and with providers who hand them out. OBs aren’t always thrilled with the potential additional malpractice exposure of having everything recorded in photos or video and hospital policies are often inconsistent or non-existent.

A dozen of Facebook’s low-paid content moderators – contracted from Accenture to review up to 800 pieces of disturbing user content such as child sexual abuse in a single shift – accuse Accenture of trying for force company-provided “wellbeing counselors” to disclose the details of their trauma sessions in what they say is a violation of HIPAA.

SimplyVitalHealth, which offers “blockchain-based solutions to emerging value-based healthcare programs,” returns $6 million to investors after the SEC charges it with conducting an unregistered securities offering in the form of an Initial Coin Offering.

University Medical Center of El Paso disputes President Trump’s claim that its surgeons left the OR to see him in during his post-shootings visit there, reassuring the public that in no case would that ever happen. The president said surgeons came out of ORs in both El Paso and Dayton in a spontaneous showing of “the love for me.” 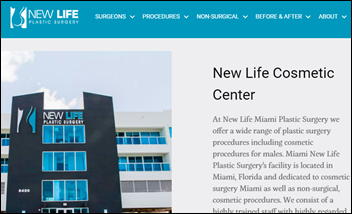 A Miami plastic surgeon self-styled as “Dr. Slimthick” whose billboards offer Brazilian butt lifts financed at $30 per week is found to have falsified most of the credentials claimed on his website. The local paper checked his background in running a story about one of his patients, a 35-year-old woman who remains in critical condition a month after he performed her procedure. His cosmetic center is offering a silicone implants or liposuction for $3,500 if you’re in the market. 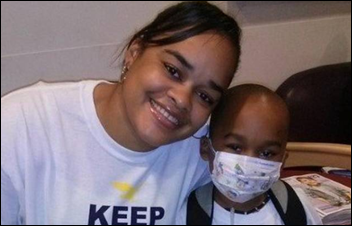 A Texas woman faces 20 years in prison after being accused after subjecting her healthy son to 323 hospital and clinic visits and 13 major surgeries in the first eight years of his life in a case of Munchausen syndrome by proxy. She had also started several online fundraisers for the boy, claiming that he was dying from a genetic disorder and later from cancer. She had placed him on a lung transplant list and enrolled him in hospice care, caught only when employees of a Dallas hospital called child protective services. 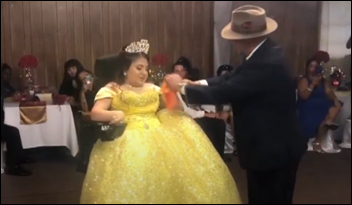 Wolfson Children’s Hospital (FL) posts a video of 15-year-old Yanira Guzaman, who was able to stand for the first time and dance with her father at her quinceañera thanks to spina bifida treatments and a new power chair.