I’m once again in the middle of a billing dispute with Big Medical Center, so I was excited to see this article about tech giants teaming up with healthcare companies to share claims data. One of the proposed applications is helping consumers avoid paying erroneous bills, which would apply in my situation. The group is using CARIN Alliance specifications and testing should begin first with Apple, which appears to be farther along in the process.

The goal is for patients to have broad access to their data rather than having to look at how they use health services across providers. This may enable patients to better understand how they utilize services before having to select health coverage each year. The same thing can be done using the paper Explanation of Benefits statements that most of us receive, although a fair number of people don’t seem to read them or keep them.

It’s been a week now since I called to complain about my erroneous bill and was bounced from the faculty practice billing service to the hospital billing service to the office, which doesn’t understand how I have two receipts for my payment even though one is from Epic and the other is a credit card slip. They declined my offer to scan copies to them, claiming they can only interact through the patient portal and patients can’t add attachments.

I have no hope of getting this straightened out anytime soon. The last time I had a billing dispute with them, they sent me to collections even though the aging on my patient balance was less than a week old. Apparently the fact that it took them more than a year to actually generate a bill during their Epic transition wasn’t a mitigating factor, since the system just saw it as way overdue. 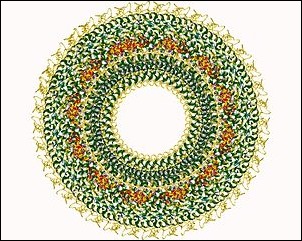 Up until I studied for the Clinical Informatics board certification in 2013, public health informatics wasn’t something I knew much about, let alone practiced. A lot has changed since then given the availability of rich data sets and the ongoing commitment by health organizations to try to reduce costs. Healthcare delivery organizations are also looking at outbreaks in an expanded way, from influenza to measles.

I was glad that we didn’t have to put the measles containment protocol into place during my recent gig at the World Scout Jamboree. The only suspected case turned out to be the relatively harmless Pityriasis rosea rash. Still, we were ready. Recent data from the Centers for Disease Control show more than 1,170 cases of measles this year with no end in sight.

One of my clients recently asked me to create a measles reporting package for them, looking not only at vaccination status among patients, but also to prepare to gather data for measles-related complications such as pneumonia and encephalitis. I spent entirely too much time immersed in ICD-10 finding all the right codes to look for, but hopefully it will help them be prepared if and when the time comes for them to need to do regular reporting. Kudos to them for being proactive even though they’re in one of the 20 states that hasn’t yet experienced a measles case.

Speaking of cost reductions, I was intrigued by this New England Journal of Medicine article that looked at ACO model participation with respect to levels of Medicare spending. Specifically, the authors found that ACO providers in rural or underserved areas had lower spending compared to non-ACO providers, at least during the first performance year. It’s important to note that the primary outcome of the study was spending – secondary outcomes were utilization-focused, including inpatient admissions, emergency visits, days in skilled nursing facilities, and inpatient readmissions. Key outcomes measures, such as mortality, were missing from the study.

I don’t disagree with the need to reduce Medicare spending so that there is some money left when the rest of us reach that age, but I think patients and physicians would be more likely to adopt new payment and care models if they are shown to make a difference in patients’ lives, either through quality of life or quantity of life. Medicare spending is seen by many patients as “someone else’s money,” so there isn’t as much incentive to go along with changes as if the money was their own. 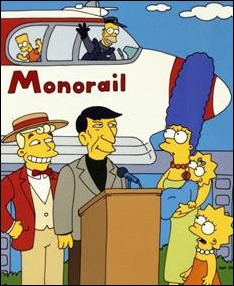 Another article about cost savings also caught my eye, primarily because it was talking about blockchain’s ability to save the healthcare industry $100 billion over the next half decade. Areas of potential cost savings include IT operations, personnel, and health data breaches. Other potential areas of savings are for drug companies using the technology to track medications and reduce counterfeiting.

I love some of the general statements in the associated report, including that blockchain can help solve widespread interoperability problems and non-standardization along with “overcoming the shortcomings and challenges associated with legacy systems.” The devil is always in the details when any technology is positioned as the ultimate solution to a multitude of ills.

Another proposed area for blockchain in healthcare is in physician credentialing, with an estimated 80% savings over the time it currently takes to complete the process. We could save some money without adding additional technology just by making physician credentialing rational. There’s no reason why I should have to provide my high school transcript to credential as a physician, even though I was recently told by someone that the state of Illinois requires it. I hope the requestor enjoyed reading the legitimate but decidedly sketchy document from the 1990s that I provided following a quick phone call to my high school registrar. The finished product looked like it could have been drawn up by anyone who owned a dot matrix printer and a photocopier. 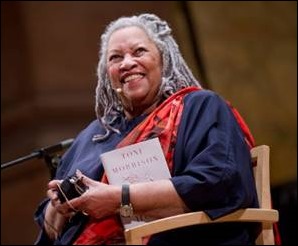 I’m an avid reader, so of course have to mark the passing of Nobel-winning author Toni Morrison. Morrison also received numerous other awards, including the Presidential Medal of Freedom and major awards from France. I didn’t really appreciate her work until some parents in my local school district tried to ban it, and I wish I had found it earlier. I leave you with her comments from a graduation speech in 2005:

Of course I am a storyteller and therefore an optimist, a firm believer in the ethical bend of the human heart, a believer in the mind’s appetite for truth and its disgust with fraud… I’m a believer in the power of knowledge and the ferocity of beauty, so from my point of view your life is already artful – waiting, just waiting, for you to make it art.

May each of us find the art within.