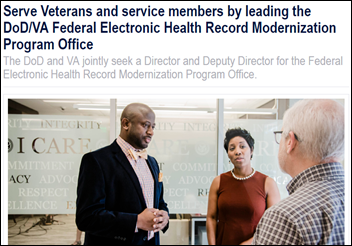 The VA posts a help-wanted notice for a director and deputy director to oversee the $10 billion Federal Electronic Health Record Modernization Program.

Salary details haven’t yet been released, though the new hires will receive a sign-on bonus and 49 days of paid vacation.

Meanwhile, the DoD announces that the next wave of MHS Genesis rollouts will occur in September at three bases in California and one in Idaho. Another seven bases will go live next June.

Implementation changes made since the initial, somewhat bumpy rollout at four sites in Washington include improved training, change management, and infrastructure.

All military medical facilities are expected to be live on Cerner by 2023.

From Kermit: “Re: Meditech. Howard Messing has passed the title of president to Michelle O’Connor. He’s keeping the CEO title.” I don’t recall seeing an official announcement, but the company’s executive page and Michelle O’Connor’s LinkedIn show that “president” has been added to her COO title, apparently in April 2019. She joined the company as a programmer in 1988, having never worked anywhere else.

From Rxcellent: “Re: NCPDP’s 2017071 SCRIPT standard. I have a question for HIStalk readers. RxFill workflows provide for RxFillIndicator and subsequent RxFillIndicatorChange messaging. This allows prescribers to indicate that they only want to see partially-dispensed and not-dispensed prescriptions, but not the dispensed messages. Why would a doctor want anything other than ‘all fill statuses?’ If you use RxFill to monitor adherence or to determine whether the requested renewal is appropriate, why wouldn’t you want to see all statuses? Why does NCPCP include this as an option?” I invite readers to comment on this particular clinical use case.

From Pliny the Younger: “Re: reproducibility of AI/ML. Will the concerns offset the enthusiasm for healthcare disruption?” A couple of recent articles question whether AI/ML should be trusted to make medical decisions when its results can’t be compared to previous work (think about the FDA’s point of view here). A Google researcher observes that AI is like alchemy, which produced innovations such as glass along with false cures such as bloodletting. My favorite quote from this article:

Another problem is that AI experiments often involve humans repeatedly running AI models until they find patterns in data, like the conspiracy theorist who makes spurious correlations between unrelated phenomena because that is what he is looking for. This causes AI experiments to make false inferences from data because machines cannot distinguish correlation from causation, and the more a machine searches for patterns, the more it will find them … Market incentives can also impede reproducibility. AI labs are often encouraged by parent companies to get newsworthy results by any means and make them difficult to copy. This encourages researchers to prioritize research outputs over methods and to conceal crucial aspects of their workings.

I don’t like to compare the quality and usefulness of the webinars that we produce — it’s like asking someone which child is their favorite — but this week’s one from Mercy Technology Services titled “Modern Imaging Technology for the Enterprise: Improve Imaging Cost, Speed, Capacity and Care Quality” is among the best ever, with my review panel and I offering zero suggestions for improvement after watching the rehearsal and Thursday’s live presentation delivering the goods. Jim Best is a great speaker, the history and overview of exactly what Mercy Technology Services does is highly informative, and the recap of their imaging project is admirably concise and useful. 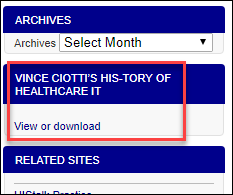 I added a sidebar menu item for Vince’s magnificent HIS-tory document, which he views (and I would agree) as the high point of his 50-year career in our industry. The information that Vince has preserved for posterity exists nowhere else that I’m aware of.

Business Insider reports that Babylon Health will soon reach unicorn status thanks to a forthcoming $100 million to $500 million investment from Saudi investors. Analysts predict the UK-based company will use the funding to make good on its previously announced expansion plans into the US and Saudi Arabia, though it remains to be seen if its services will leave physicians as up in arms as their British counterparts. Many NHS providers contend the company’s GP at Hand virtual primary care service has skewed patient demographics, leaving NHS clinics caring for the most vulnerable while the young, wealthy, and tech-savvy opt for Babylon’s app-based care.

Castlight Health promotes Maeve O’Meara to CEO following the departure of John Doyle. CFO Siobhan Mangini will take on the additional role of president. CSLT shares are down 50% in the past year and have tanked a stunning 95% since its March 2014 IPO. 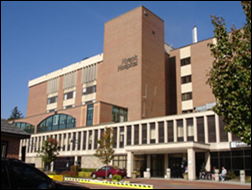 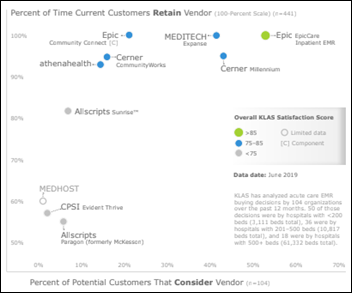 A new KLAS report finds that three-fourths of the hospitals that are actively seeking to replace their EHRs are running legacy Meditech, Allscripts (especially Paragon), and Cerner. KLAS’s A-list includes Epic and Meditech Expanse, the latter of which draws customer praise for usability, workflow, mobility, company responsiveness, and innovation while offering strong value (and notably beats Epic Community Connect in “would buy again.”) The #1 reason for considering an EHR replacement is integration, where old products such as legacy Meditech, Allscripts Paragon, CPSI, and Medhost lag. Some Cerner prospects are scared away by revenue cycle issues, while Allscripts Paragon lost 16 clients in 2018 and nearly half of the remaining customers say they’re ready to move on to something else, rarely Allscripts Sunrise (zero of the 16 defections). KLAS says Sunrise “receives few considerations, and when considered, is rarely selected” as its customer base is shifting mostly to Epic. Critical access hospitals are anxious to see the inpatient product of EClinicalWorks once it starts bringing sites live.

DirectTrust is working to develop a standard for secure instant healthcare messaging. Trusted Instant Messaging+ will enable users to communicate within enterprise messaging software and across different technologies using a common standard.

Google-owned DeepMind announces that its AI software can detect acute kidney disease up to 48 hours before physicians recognize its symptoms. The London-based company developed and tested its algorithm using 700,000 medical records from 100 VA hospitals as part of a project announced at the beginning of the year. DeepMind, which also worked with the Royal Free Hospital in London, plans to also develop and deliver provider alerts in emergency situations.

Cerner COO Mike Nill says the company chose Amazon Web Services as its cloud partner mostly because it wants to tap into Amazon’s consumer and supply chain expertise to create products that the two companies can sell to other organizations. Nill also says that 80% of Cerner clients host their systems in the company’s data centers and AWS can migrate them to the cloud faster than competitors such as Google and Microsoft. 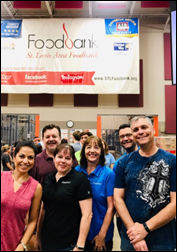