Cerner CommunityWorks is a multi-tenant domain for critical access hospitals and community hospitals under 200 beds. I believe that Cerner is now moving this type of model to larger medium-sized hospitals but will have less per domain (CommWx can have 20+ per domain) whereas this model for say a 300-500 bed hospital may have only 3-4 customers in a domain. Also, its not technically already configured. Similar to Epic, its call the Model Experiencer where about 80% of the domain is standard / stock content and then each customer has the ability to customize about 20% of it (some rules, reports, documentation format, etc.) Implementation for CommWx is currently scheduled at 10-12 months. However, it still essentially sits on standard architecture. Now if Cerner would really commit to either AWS/Azure or true cloud, then I think that would be move the needle. (Associate CIO)

Rural broadband (broadband in general) needs to be treated as a public utility. This country should handle this the way we handled electricity in the rural South in the 1950s, take it on a a public works project, and wire everyone up. It has become a fundamental tool in communication and commerce, there is no reason (other than paying some C-level executives millions in salary and stock) why we as a country should not ensure that all of our citizens can participate in civic life. (HIT Girl)

There is no such thing as an “Epic API” whereby third-party developers can craft solutions that developers can go market to Epic clients and generate some form of income along the way. In the Epic space you have two options – share your solution with Epic as a submission for the community sharing site (whereby you explicitly grant Epic rights to ALL of your IP embedded in that solution, even if it is never added to the community site) or craft some sort of app for submission to the App Orchard whereby your application / solution is sending transactions into Epic via some very narrowly defined messages (think HL7 here). There are absolutely, hands down, 100% zero options for what (uninformed and snobby) folks may traditionally consider an API for an application whereby complementary, third-party apps can in some fashion manage or change the behavior of the parent application in the Epic space.  (Code Jockey)

In all of the time and locations I’ve done pre-implementation build, I’ve never encountered an Epic resource that fully understood the impact of the build decisions that they were leading their clients to implement. No Epic resources know / realize / are trained on the downstream impacts of their area of build or the upstream build areas that will impact their area of responsibility. Those lessons are learned and that knowledge developed only after go live, as the site implementation matures and are long after Epic has left the site. (Code Jockey)

Do you really think that Epic doesn’t share best practices with organizations during implementation? The Foundation System is more or less a best practice soup. Every organization believes they are different and special so there is no reason to believe that Providence would have any more success convincing implementing customers to change their workflows and adopt best practices. Despite staff turnover, no customer organization has more experience implementing Epic’s software than Epic itself. (But we’re special)

Outsourcing some of the business office and IT makes sense. Yes, I know that it mentions [at John Muir Health] about 500+ people badge flipping, but being someone that has worked on deals like this previously, many of those people don’t make it long term. They are re-evaluated and many are given early departure packages, keeping the cream of the crop and then backfilling virtually with people that living in lower cost of living areas. Usually look at a 30% or more reduction in staff. These resources that are kept also get leveraged across other clients as well, so that needs to be kept in mind too. Sharing resources isn’t the worst thing, its just that you need to be tight with cost, SLA’s (service levels), and customer satisfaction. Plus, by outsourcing, the burden is now on the vendor to produce, they are now the throat to choke. I have seen this model be successful but I have also seen in flop and the hospital takes things back over. Again, its a case by case basis. (Associate CIO) 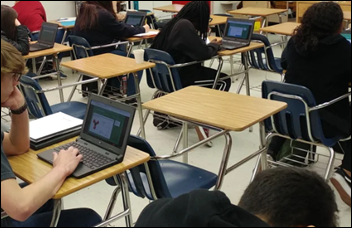 Readers funded the DonorsChoose teacher grant request of Ms. R in Florida, who requested three Chromebooks for her high school class. She reports, “Having computers accessible in a science classroom is a real game changer. The students are digital natives, and being able to translate what they are learning into a language they are familiar with using is awesome! They are able to collaborate, engage in digital simulations, conduct research , create presentations, and more! These are useful to every level I teach. From my freshman physical science students, in my Pre AICE chemistry class, to my Chem 2 honors and AP chemistry class. It is applicable in each one. I also teach theater and then I can use them for the students to do CAD design without having to sign up to go to a computer lab or wait for a computer cart to be available. Thank you!” 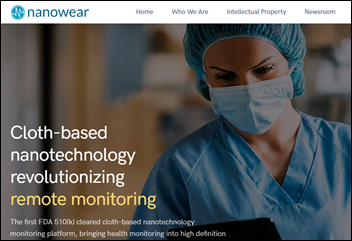 AHA and other hospital groups ask CMS to change its HCAHPS patient survey, suggesting that it reduce the number of questions from the current 27, create a digital version to improve response rates, expand it to cover transitions in care rather than just discharges, and allow patients to enter comments.

Guild members hold a garage sale to help cover the $1 million in uncompensated care provided by Seattle Children’s Hospital, whose most recent tax filings show a profit of $165 million on revenue of $1.5 billion. The hospital is running a $1 billion donation campaign. 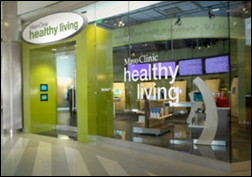 Malls that are desperate to fill vacant storefronts are leasing space to medical clinics, hoping against reality that someone who comes in for a flu shot or eye exam will do a bit of shopping and that clinic employees will hit Sbarro or Cinnabon for lunch.

Police arrest a Charleston, SC pulmonologist for voyeurism after an 18-year-old tenant of one of his beach rental properties caught the doctor peering through a hole in the bathroom wall from an adjacent unfinished room. The boy and his father chased the fleeing doctor down the beach, who told them he was just the pest control guy. Investigating officers found bathroom peep holes in both of the doctor’s rental houses. He previously lost but regained his medical license after three complaints that he exposed himself to drive-through restaurant employees.