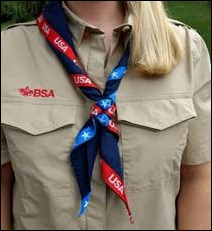 Around the World with Dr. Jayne

This week, I embarked upon the adventure of a lifetime, as I had the opportunity to serve on the medical staff at the 24th World Scout Jamboree.

With somewhere upwards of 43,000 Scouts and leaders from around the world converging on West Virginia, there is a definite need for medical staff. I applied to serve way back in November 2017 and was selected in January 2018, so the anticipation has been building. Although the event is being held on a Boy Scouts of America property, the US is co-hosting with scout organizations from Canada and Mexico. The last time a World Scout Jamboree was held in the US was in 1967, so it’s truly a once-in a lifetime opportunity.

There are scouts from over 150 countries attending, so it will be a patient base like I’ve never cared for. Talk about not knowing what might walk through the door! In addition to caring for illness and injury that occurs as a result of the Jamboree itself (heat exhaustion, sunburn, blisters, insect bites, sprains, strains, cuts, dehydration, and more) there’s the need to provide care for all manner of chronic conditions in both young people and their adult leaders as well as the thousands of staffers that are there to support them.

I’ve never practiced in a tent before. And speaking of tents, I’ll be spending the next two and a half weeks living in one. Everything I need had to be packed in a single duffel, which was an adventure in itself.

There are 500 volunteers assigned to the Jamboree Medical Services team, including physicians, nurses, paramedics, EMTs, behavioral health personnel, dentists, optometrists, and more. A full-service Jamboree Health Center has diagnostics including x-ray, but I will be embedded with the participants in one of the “base camp” medical centers that runs 24 hours a day.

Because the World Jamboree is being held at the site of the two most recent US National Scout Jamborees, the State of West Virginia had the licensure and credentialing process down to a fine science. It was just like completing a hospital credentialing process (minus the letters of recommendation) and each of us receives a temporary “Summit Health Services Permit” allowing us to practice only at the Summit Bechtel Family National Scout Reserve and only during the specified Jamboree Dates.

The health services team isn’t just made of US volunteers. On my bus from the Charlotte airport, I met up with several international medical volunteers as well as those from other disciplines that are more “scouty” than healthcare – shooting sports, aquatics, aerial sports, climbing, and mountain biking. There is also an entire logistics team, including food service (thank goodness they’re already on site, ready to feed a horde of hungry scouters) including registration, transportation (routine and emergency), security, communications, and pretty much any other services you can think of for a small city. In fact, for 12 days, we’ll be the second largest city in West Virginia.

In addition to preparing for somewhere in the vicinity of 10 miles of walking each day, not to mention heat and humidity, the health services team has also been preparing for the challenges of delivering thousands of “new patient” visits each day. Other than a brief health history that may or not be available electronically, we’ll be starting most of our visits from scratch.

The EHR is from Cerner, and many of us have been through training (including super user training in Kansas City) as well as running drills in a sandbox environment prior to arrival. We are on site for several days prior to the arrival of the participants, completing training, setting up the medical facilities, and conducting drills. West Virginia is very concerned about the potential for a measles outbreak in this environment, with volunteers assigned to measles response plans based on their personal immunity status.

As clinicians, our EHR training focused entirely around the actual patient care piece. However, my clinical informatics brain had numerous questions about the potential for interoperability, sending records back to participants’ home care teams, caring for an international population, and more. I reached out to Cerner for an interview a couple of months ago, but they declined to make anyone available. There will be Cerner employees on site, so if you’re one of them and want to talk anonymously off the record, drop me an email. They say The Summit is going to be the most wired camp in the world for the next couple of weeks, so I won’t have to be off the grid. And to Cerner proper – if you change your mind, I’m still interested in chatting.

I’m actually looking forward to the EHR experience. Not only does the Cerner version we are using have content embedded from Intelligent Medical Objects (IMO),  we’re not worried about coding or billing, so we can actually focus on taking care of patients. Although patient privacy will be upheld consistent with the dictates of professionalism, there are no covered entities involved, so no HIPAA.

I’m also looking forward to the clinical experience. Since most of the patients are Scouts or their leaders, we might be able to assume that some level of personal first aid or home care has been applied prior to their arrival on our tent’s doorstep. I’m sure the folks staffing the “Thrasher Mountain” program area might see a little different case mix than I’ll see at the base camp, but you never know.

I’m excited to work with health professionals from different countries and different models of care, and of course to meet young movers and shakers from around the world. This is a time for people to learn that they are more alike than they are different, and to come together as citizens of the world rather than of their own nations. We’ll be living under the principles of Scouting as established more than 100 years ago and hopefully returning home with a renewed desire to make the world a better place.

I’ll be filling our readers in on the challenges of practicing in this unique environment as well as my experiences with healthcare IT in the field. And if you happen to be here, I’ll be the blonde in the khaki shirt.

Have you been on a medical volunteer trip? Was it high or low tech? Leave a comment or email me.