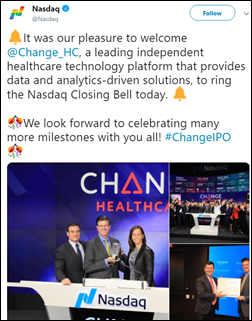 Majority owner McKesson congratulated the company in announcement that also included its intention to “exit its investment in Change Healthcare in a tax-efficient manner.”

From Curious CIO: “Re: gag clauses. I just finished Eric Topol’s book ‘Deep Medicine’ and was struck by his claim that Epic’s contracts prohibit doctors or health systems from criticizing the company. I looked for that clause when we implemented Epic and other systems and found no hint of it in the contract. They are tight with publishing screen shots, but that’s IP protection.” I’ve read a lot of contracts without seeing any that specifically prohibit discussing the vendor’s product or related safety concerns. I’ve asked readers to send me examples and none have. Some contracts may include “non-disparagement” language, but that is likely not enforceable as long as the comments are truthful. My take is that health systems tell their people that their contract contains gag clauses when it really doesn’t, just to keep their vendor relationship harmonious when a discouraging word is about to be heard (I’ve never been muzzled by a vendor, but I have by a health system suit who just didn’t want to deal with any repercussions of telling the truth). I’ll ask again — if you have a contract that contains a gag clause, send it to me anonymously.

From Nailed Acrylically: “Re: NextGen Healthcare. The company is rumored to have cut 17% of the R&D work force in preparing to move those jobs to India as suggested in the quarterly earnings call.” Unverified. President and CEO Rusty Frantz said in the May 29 earnings call that “increased investment in our Bangalore development center will provide the best leverage … not engineered for R&D cost savings, but rather to increase our yield per investment dollar by adding significantly more of the right skill sets.” NXGN shares have dropped 3% in the past year vs. the Nasdaq’s 7% gain.

Integration technology vendor Sansoro Health and healthcare cloud and integration vendor Datica will merge under the Datica name, combining their operations at Sansoro’s Minneapolis headquarters. Sansoro co-founder and president Jeremy Pierotti will become president, while Datica co-founder and CEO Travis Good, MD will become CTO of the newly combined organization. Both have roots in Madison, WI, where Datica was formerly headquartered.

Apple announces that Chief Design Officer Sir Jony Ive will leave the company to form his own design firm, with Apple as one of his clients.

Experity, newly formed by the merger of DocuTap and Practice Velocity, names Steve Riehs as president and COO; Rick Cochran as CTO; Jennifer Wood as chief people officer; and Adam Steinberg as EVP of client experience. 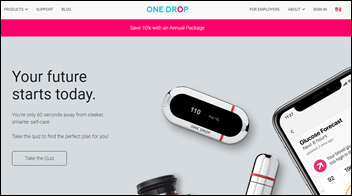 Apple will sell the IOS-integrated One Drop glucometer, which it has offered only online, in its physical stores. The monthly cost of the device, enough test strips and lancets for three tests per day, and help from a Certified Diabetes Coach is $49. Jeff Dachis founded the company in 2015 after starting several marketing companies. 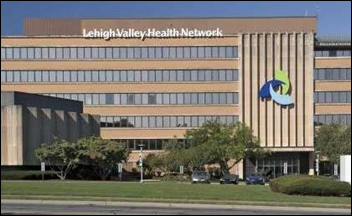 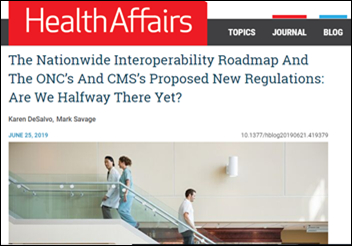 In Health Affairs, Dell Medical School professor and former national coordinator Karen DeSalvo, MD and Center for Digital Health Information Director of Policy Mark Savage outline four use cases for determining how much progress has been made five years into the federal government’s 10-year plan for interoperability, which calls for a nationwide learning health system by 2024: 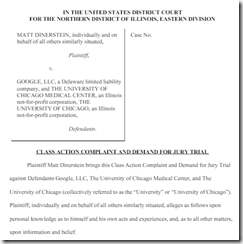 A former patient at University of Chicago Medical Center files a class-action lawsuit against the medical center and Google, alleging that the organizations violated HIPAA when they did not properly de-identify PHI that was used in a joint research project. UCMC began providing patient health data to Google in 2017 as part of a machine learning research project that involved several other health systems. The lawsuit claims the data was de-identified, but a timestamp was left on each file, allowing Google the ability to re-identify patients.

Researchers at the Children’s Hospital of Philadelphia develop an algorithm that can match pediatric oncology patients with clinical trials.

ProPublica dives into the collections practices of non-profit hospitals such as Methodist Le Bonheur Healthcare in Memphis, TN. The hospital, which has its own collections agency, has filed more than 8,300 lawsuits for unpaid medical bills over the last five years, even targeting its own employees. The lawsuit often involve low-income patients without insurance, after which their wages are often garnished. High hospital interest rates have left many patients with bills that have doubled since services were rendered.