The cost of implementing a slicker front end essentially best-of-breed system [Athenahealth’s inpatient system) that presents great, but functions horribly in the real world, was too much. Hospital executives who were enamored by the presentation and sales pitch were not aware of the fact that best-of-breed was fully vetted and wholly rejected by the industry. They just got a front row seat and the results have not been surprising. It’s hard enough for a hospital who can afford the required staff to implement a complete proven system with proven implementation methodology. Imagine trying to do that with a IT staff usually one-fifth the size of most community hospitals who could afford a traditional cost structure install – – – as your vendor tries to piece together a system using interfaced stopgap third-party modules that are the absolute core elements for safe workflows within an acute care setting. (Freedom’s just another word for nothin’ left to lose)

Poor Judy got cheated. $3.6 billion? No way. The company grosses $2.9 billion per year and the typical successful high-tech company sells for over five times gross. She owns at least 80% per other stories I read, so 5 X $2.9 billion X 0.8 = $11.6 billion. I think she should sue Forbes for publishing fake news. Judy is numero UNO! (HISJunkie)

I’d be interested to see how many places are using Home Health from Epic. That’s a new market they entered. They have the skill and ability to create a new product. They could easily come up with a LTC product quickly, give a sweetheart deal to the first few clients to test it out, and then sell it. Another facet would be if we see more consolidation in the healthcare space. Maybe hospital chains start buying SNF and LTC chains. If that happens, Epic would be foolish to not move into the space. (Ex epic)

Interoperability became a regulatory issue because despite making all that money on MU largesse, EHR vendors were not moving the ball on interop. On the one hand, EHRA vendors talk about innovation, and on the other hand, they claim that creating an API-based, standardized data exchange system is too onerous for them? Some of the reasons that you laid out are valid, but they are a direct result of poor application and data architectures of these platforms. If I have to take a guess, these vendors, over the years, have added new functionality and features without taking a pause to re-architect some of the core aspects of their systems and without making an investment into paying down the technical debt. As a result, many, if not all of these systems are being held together by duct tape and baling wire and even the smallest change causes big ripples in an integrated system, leading to tremendous testing and bug fixing efforts. But if interop is important (which most people agree that it is), then EHR vendors just need to suck it up and do it. (NonInterOp)

Everyone forgets the complexity of the underlying terminology mapping and integration if the goal is seamless exchange of meaningful information. I don’t see M or SQL as barriers. There are training and adoption barriers, contextual barriers in the meaning of something someone is documenting, true issues in working with legacy documentation that was created before any semantic standards were defined, and most vendors have a potpourri of applications running in their suites. Simple API calls aren’t so simple, especially when clinical teams rely in the integrity of the information. (NonInterOp) 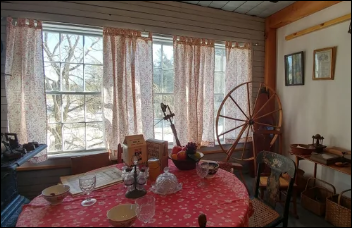 Readers funded the DonorsChoose teacher grant request of Ms. P, who needed help paying for bus transportation to take her special education fifth- and sixth-graders to a farm and home museum in their rural Maine followed by a visit to a college campus. She reports, “Our trip to Page Farm and Home Museum was amazing! Our students enjoyed every moment of this experience. They were able to see many objects that they read about in ‘Farmer Boy,’ from oxen yokes to sleds, tinware, butter churns, ice harvesting tools, spinning wheels, looms, and more. All of these 19th century tools and implements were described in the book so it was exciting for students to see them for real. Another trip highlight was visiting the University of Maine campus and eating lunch at the student union. Our students used their money skills to choose and purchase their meals in a real-world setting. We then ate at tables in a cafeteria-type room, mingling with university workers and students, thus raising their aspirations to consider college as a future endeavor. In all, the field trip was a huge success. Thank you for your generosity in sponsoring this experience for our students.” 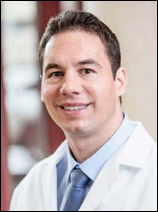 A former intensivist pleads not guilty in Ohio court to charges that he intentionally killed 25 patients by ordering fentanyl overdoses. The attorney for William S. Husel, DO argues that he was practicing “comfort care” for end-of-life patients by ordering fentanyl doses of 500 to 2,000 mcg and several grams of midazolam, all of which were dutifully removed by nurse via overrides from the hospital’s Pyxis dispensing cabinet. It would seem that some nurses and pharmacists might need to have their professional conduct reviewed as well, and indeed some of them have been named in a civil suit. Dispensing cabinet overrides very often are the symptom of questionable technology, workflow, or clinical practice and there’s not much excuse for not monitoring them carefully.

Some great local journalism in Missouri profiles the “cast of characters” who have used struggling rural hospitals to bill insurers at higher rates for questionable lab tests. Among them is Seth Guterman, MD, president of EHR vendor EmpowerSystem, who is being sued by Aetna for taking control of a rural Oklahoma hospital under his People’s Choice Hospital company and running up its lab billing to $21 million per year, a process that a lawsuit says he repeated at other Aetna-affiliated facilities.

A healthcare cyberattack report by cloud endpoint protection vendor Carbon Black notes that hackers are going after administrative records of physicians that can be used to fraudulently bill Medicare and other insurers. They are also breaching systems that contain medical insurance information, offering for sale such items as a forged BCBS insurance card and forged prescription labels that buyers use to justify drug test results and to carry drugs through airport security.

I’m enjoying the tight, pleasurable LinkedIn writing of ED doctor Louis M. Profeta, MD, who also wrote the 2010 book “The Patient in Room Nine Says He’s God.” He explains why he searches for the Facebook of patients who died of overdoses or driving while drunk or texting before notifying their families:

I’m about to change their lives — your mom and dad, that is. In about five minutes, they will never be the same, they will never be happy again. Right now, to be honest, you’re just a nameless dead body that feels like a wet bag of newspapers that we have been pounding on, sticking IV lines and tubes and needles in, trying desperately to save you. There’s no motion, no life, nothing to tell me you once had dreams or aspirations. I owe it to them to learn just a bit about you before I go in. Because right now . . . all I am is mad at you, for what you did to yourself and what you are about to do to them. 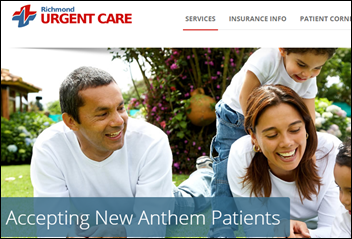 Virginia’s medical board finds that an urgent care doctor and owner left for a week-long vacation while requiring his unlicensed staff to continue diagnosing, treating, ordering tests, and prescribing controlled substances. The board found that Khaled Moustafa, MB created phony visit notes afterward to make it appear that he was following regulations and to bill insurance companies. The doctor’s license was revoked, but his clinic is still open for business, with patients been seen by the doctor’s wife, who is also a doctor. 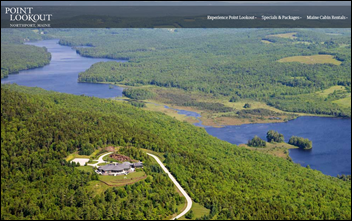 The group that bought Athenahealth’s lakefront Maine corporate retreat in March announce just three months later that they will close it as a destination for weddings and other events, saying it presents too many problems to operate profitably. The couple whose hotel operating company eventually bought the 387-acre resort sued Athenahealth last year, claiming Athenahealth was reneging on its promise to sell it to their hotel operating company for $7 million. Athenahealth paid $7.7 million for the property, which the county values at $14 million, in 2011. It includes a gym, a bowling alley, two event centers with 40,000 square feet of space, 106 cabins, hiking trails, and a mountaintop executive retreat overlooking Penebscot Bay.

A 22-year-old roofer in Scotland who was performing his signature party trick of swallowing a coin is rushed to the hospital when it becomes lodged in his throat. He’s probably not the best source of advice on the topic, but here’s his root cause analysis: “It was weird because it always goes according to plan, as it would come out in the toilet later. I could feel it in my chest but I just kept on drinking … my dad thinks I’m an idiot.”