If you can’t down load your record, it isn’t due to a lack of regulation. You need to change doctors if they don’t offer it. (A)

Evidence is scant as to all the innovation and data sharing actually reducing the cost of healthcare. CMS and ONC need to face this fact and stop hyping every supposed innovation that comes down the street. (Bill Spooner)

Our industry’s lack of transparency in costs to the patient is inexcusable. It should be a simple question to ask a doctor’s office “how much will this cost me?” Our industry’s answer: It depends on how many topics you bring up and their associated medical complexity, whether the doc prescribes a medication, what associated tests he runs, what unrelated services he adds on (in your and his mutual best interests, of course), and how much time he decides to spend documenting. It also depends on your insurance policy (which neither one of us is knowledgeable about), so it may be fully covered, may just be a co-pay, perhaps co-insurance, or perhaps you will have to pay the full adjusted amount because of your unmet deductible. And there is an off chance that you will be forced to pay the full amount billed if our provider is not on your insurance because he decided that he gets paid more by not contracting. So, in short, today’s visit will be anywhere between $0 and $500 (and we won’t know the final answer until 45 days from now). And, because of this discussion, we just wasted the first 10 minutes of your 15 scheduled minutes with the physician. It’s insanity. (It’s Insanity)

The reality is that a majority of sales professionals aren’t very good at their jobs. If sales professionals are truly making a “cold call,” that means they’re going down a contact list name by name without doing research. I have a tremendous amount of success by calling hospital executives (CEOs, COOs, CNOs), but it takes a considerable amount of planning work. If you’re shooting from the hip and hoping to get lucky, you are making the rest of us look bad. Look at LinkedIn profiles sales professional in HIT space — typically 1.5 to three- year stints. One or two of these short stints over a long career can be explained (acquisition, RIF, etc.), but if it is a pattern, then it’s an obvious tell that they aren’t good at selling. The HIT sales community is super washed up. Lots of old vets who aren’t working too hard. Also many frat bro types who show up to conferences with suit pants altered to show socks and expect to be taken seriously by mostly old hospital execs. (Desperado) 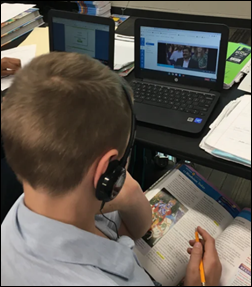 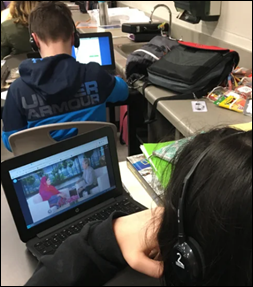 Readers funded the DonorsChoose teacher grant request of Ms. B in Texas, who asked for headphones for her sixth grade class. She reports, “It has made a huge difference. It has helped them gain independence as they are working. We have used them in many ways already! For example, the students were collecting information on South Asia and the headphones enabled them to listen to videos about specific events and people. They were able to take notes and work at their own pace. Another way the headphones have been used is to help students that need to listen to test questions. They can take a test at their own pace and rewind to hear the questions again. They enjoy being independent. We are the only class in the school that has a class set, so other teachers borrow them when we are not using them or if we have extras. Your donation is helping HUNDREDS of students!”

A former technical support contractor pleads guilty to taking down Oregon’s Medicaid management system in 2016 in retaliation for being laid off by Hewlett Packard Enterprise. 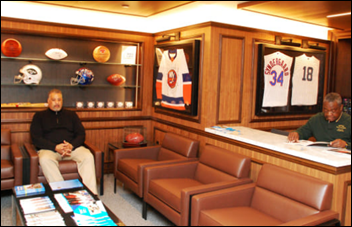 Mount Sinai Healthcare System (NY) launches a sports bar-themed prostate education and treatment center in partnership with Man Cave Health, with the waiting room featuring leather couches, ESPN running on a 70-inch TV, framed local sports memorabilia, and a device charging station that looks like a bar. The non-profit Man Cave Health offers a toll-free appointment booking line and says that while it hopes to roll out sports-themed rooms in all NFL cities, it will consider other concepts. I can say that given my lack of interest in sports (actually more like disdain) that I would prefer sitting in a traditional waiting room, although I used to get my hair cut at one of those sports-themed chain barber shops (because they offered free draft beer, snacks, and big leather chairs while waiting) in which the ladies who performed your services while wearing referee shirts were obviously chosen using criteria mostly unrelated to their tonsorial talents.

Massachusetts General Hospital pays $5.1 million to settle a malpractice lawsuit with former Boston Red Sox pitcher Bobby Jenks, whose blames his career-ending surgical complications on his surgeon, who he claimed was overseeing another surgery simultaneously. MGH says the surgeon performed the complete surgery, but Jenks failed to follow discharge instructions because he didn’t call immediately to report his complications.

Hospitals struggle to treat John Doe patients who are unable to identify themselves, many of them pedestrians and cyclists who aren’t carrying ID when they are hit by a car. Fingerprints can’t be used unless it’s a criminal matter. The health IT aspects include use of a system that generates a “trauma alias” fake name and the negative impact of HIPAA, where anyone calling to inquire about a missing friend or relative cannot be given information that would help identify a patient as one they know. 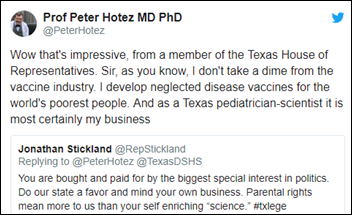 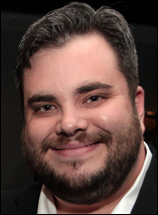 A Texas state representative launches a Twitter attack on Baylor professor, pediatrician, and vaccine expert Peter Hotez, MD, PhD, declaring his work with vaccines to be “sorcery,” accusing him of practicing “self-enriching science,” and being a “typical leftist trying to take credit for something only The Lord God Almighty is in control of.” I checked the background of Rep. Jonathan Stickland, a 35-year-old Republican from Plano (above) — he quit high school but later obtained a GED, studied sales in community college, and worked as a pest control technician. He has previously opined that “rape is non-existent in marriage,” called an online critic “a bratwurst-loving homo,” and declared that “healthcare is not a right.” 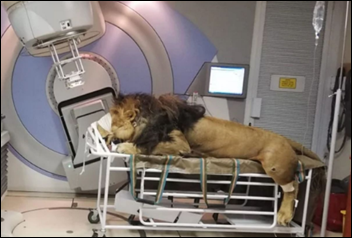 A hospital in South Africa brings a lion into the facility (via the back door, to avoid scaring patients) to receive the first of four radiation treatments for cancer.