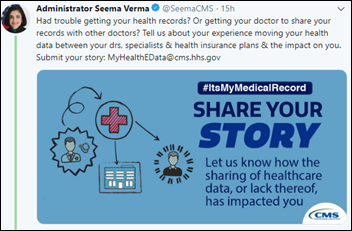 CMS Administrator Seema Verma invites people to tell their stories of their struggles in obtaining copies of their health records or with providers failing to share their information.

My personal experience (and that of others) is that alerting HHS, including filing an OCR complaint, is a waste of time that changes nothing, but it’s a nice thought.

Maybe CMS should require Medicare providers to post a notice on their wall that lists the information rights of patients, including a telephone number and email address to report information blocking offenders. Then fine them for non-compliance rather than just having OCR provide “technical assistance” and closing the incident.

From Erudite: “Re: Cedars and Medlio. The founder is complaining about the manner in which the ‘no’ was conveyed. Why did Techstars part ways with Cedars? What credentials does the Cedars CIO have to compete with notable early-stage investors? Why is Cedars using their tax-exempt earnings to help folks play VC? They should shut down the accelerator and ask the CIO to focus on his job or go out and raise money from limited partners to run a fund.” The co-founder’s side of the story is that her struggling startup was abused in interviewing with the Cedars CIO and that she as since accumulated “multiple examples of the CIO’s unethical behavior” sent to her after her article. She’s pondering whether to go public with those examples, which I would warn might elevate her diatribe from “unfortunate” to “libelous.” I know little about the Cedars accelerator, but I recall that accepted companies get significant funding, access to internal experts, a good shot at earning a paid pilot, and the involvement of people like the CIO who actually work in frontline healthcare. I think a better view of the Cedars program would come from a company that has completed it. I’m with you on non-profit health systems using their patient-provided profits to do unrelated work, but that horse has long since left the barn and is playing excitedly in fields green with cash.

From Corrective Action: “Re: listing experience as ‘more than 20 years.’ People do that because if they put in the actual number, especially once it is 30 or more, they may not even get an interview despite being highly capable, physically and mentally sound, and ready for another 10-plus years of work ahead of them. It isn’t about math, it’s about age discrimination.” I hadn’t thought of that, although I’ll say that many of the folks who say they have ‘more than 13 years of experience’ when they have 13 years, two months are not old enough to worry about age discrimination. I have noted obvious efforts on LinkedIn to sidestep the ageism issue – lack of a photo, omission of dates for education, and listing only the most recent jobs. I’m interested in the result. Would it be like a dating app, where you can Photoshop your picture but then have your lack of transparency become embarrassingly obvious in the resulting a face-to-face encounter? Or are potential romantic and employment targets willing to waive their biases if the personal encounter goes well and thus it’s worth a shot to underplay age to earn the face-to-face?

From Medical Minion: “Re: making patient care more human. You’ve complained that front desk people are often cold and robotic to patients. Why didn’t you complain to their employer instead?” For the same reason I don’t complain when a Walmart cashier doesn’t try to be my new best friend or an Uber driver fails to provide scintillating chitchat. Healthcare has become a huge, impersonal business and those on the front lines are buried several layers deep in dysfunctional organizations that don’t treat them especially well or reward them for good customer service behaviors. I don’t hold them accountable to sprint to the front lines full of enthusiasm and empathy. Full waiting rooms ensure corporate-wide indifference. 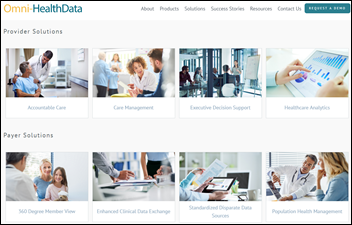 A friend who has a terminal illness whose treatment is likely to bankrupt her family (even if her insurance covers part of the cost, which isn’t guaranteed) let me know she’s getting a divorce even though her marriage is fine. Her family’s financial advisor told her to transfer their joint assets to him, divorce him, then sign up for Medicaid to give her a reasonable chance at getting the treatment that could save her life. Divorce laws are unique to each state, so I didn’t ask whether her husband is required to move out or whether his caregiver role will be affected. Our healthcare system is certainly interesting. 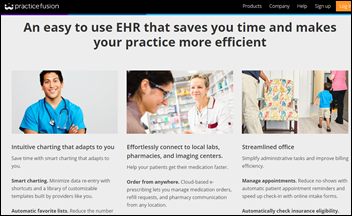 The Practice Fusion unit of Allscripts has been served a criminal grand jury subpoena regarding EHR certification and anti-kickback statue compliance, according to company SEC filings. The original US Attorney’s information request came in March 2017, so presumably Allscripts was aware of at least some level of federal interest before its $100 million acquisition of Practice Fusion in January 2018.

UBiome, the high-valuation startup that was recently raided by the FBI after overbilling complaints from insurers, suspends the sale of its prescription-only microbiome tests, leaving it with just one consumer test that doesn’t require a doctor’s order (and that insurers won’t pay for). I think we’re getting enough case studies to prove that the investor-funded Silicon Valley mantras of “move fast and break things” and “ask forgiveness rather than permission” don’t work well when they try to elbow their way to the massive healthcare trough. On the other hand, we’re learning that cash-hungry doctors will prescribe just about any crap those companies sell as long as it doesn’t directly harm patients. 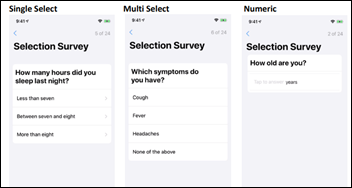 FDA will hold a five-hour webinar, demo, and technical discussion of its open source, user-configurable MyStudies clinical trials data-gathering framework on Thursday, May 9.

NIH and the Navajo Nation sign the first tribal data-sharing agreement, which will allow NIH grant recipients to continue a birth cohort study. 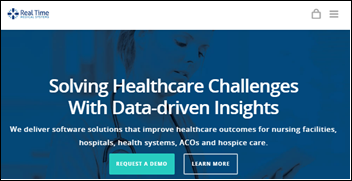 The board chair and two board members of University of Maryland Medical System – whose purchase of hundreds of thousands of dollars worth of children’s health books got its CEO and the author who was also Baltimore’s mayor fired – resign over a no-bid software contract. Real Time Medical Systems, whose founder and CEO is former UMMS board member and donor Scott Rifkin, MD, provided UMMS with predictive analytics software for clinical and financial improvements. Rifkin says the one-year contract involved zero cost and he intended to extend it afterward at no charge.

Astria Health (WA) files Chapter 11 bankruptcy, blaming its financial situation on its EHR conversion and hiring of a revenue cycle management company that failed to meet agreed-on accounts receivables collection targets. The announcement didn’t name either vendor, but it signed with Cerner in January 2018

A small study finds that obese patients who were sent text reminders and provided with remote feedback weighed themselves more often and were more physically active, but 12-month weight loss was exactly the same as in the control group at four pounds.

A nurse whose son died in a car accident obtains video taken by the driver of the other car that shows first responders walking around without doing anything, rolling her son around without protecting his neck, digging through his pockets before starting treatment, and lifting him onto a stretcher by his belt loops without using a backboard. One EMS crew member was fired, another quit to go to fire school, and the EMS chief eventually resigned.

A man who is transported to an in-network hospital with a facial injury is billed $167,000 by its on-call plastic surgeon, who is among the large percentage of doctors in that specialty who don’t contract with insurers because they don’t have to. 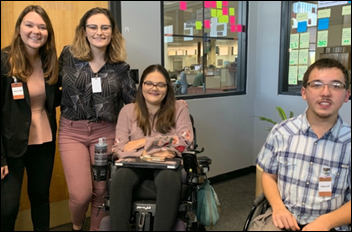 Four University of Arizona journalism students work with the local newspaper on a grant-funded project in which they developed an app to review businesses and tourist destinations for their access to those with physical disabilities. They also created a health site allows users to read health news, search for a clinic, and find health events.

Studies find that the elevated carbon dioxide levels found in conference rooms and classrooms impair cognitive ability, perhaps refuting my theory that meetings are mostly attended by people who aren’t all that bright.