From Vishnu: “Re: EClinicalWorks. This is the second example of the company ignoring sexual harassment. It simply relocates offenders when a problem is identified.” A Change.org petition filed by a Bangalore women’s rights organization – which should be noted to contain accusations that have not been proven as far as I know — demands that the company resolve the “indifference of the management and implicit and explicit sanction of sexual harassment” at the company’s Bangalore office. It names a company director as violating an employee who was then told that she had to “accept it in good spirit” if she planned to be promoted, had her email access turned off while on medical leave, had the person she had accused assigned to interrogate her on behalf of the company, and was threatened by the HR and legal departments before eventually being fired.

From ATHBEL: “Re: Athenahealth layoffs. Most of the sales and some of the onboarding staff associated with the hospital product were let go. The majority of the operation staff was not eliminated. It was actually a pleasant surprise how much of the functional expertise in both product dev and support was retained and rolled into stable operating divisions within Athena. It was established with customers awhile ago that there would be no new sales or onboarding while the new ownership figured out what to do with the product. I have no idea what direction they’re taking the hospital segment and I don’t think Veritas does at this point either, honestly. The only speculation on sunsetting the product in any sort of near term is solely from competitors.” Unverified. Thanks for the info.

CPSI will acquire patient engagement vendor Get Real Health for $11 million. Get Real Health saw a surge in exposure earlier this year when Microsoft suggested that HealthVault users migrate their health data to the company’s Lydia PHR.

Seattle-based genetic testing and health coaching startup Arivale shuts down and lays off its 120 employees without warning. The company, which had raised $50 million, concluded that its annual consumer price of $1,200 to $3,500 didn’t cover the cost of performing the necessary tests. CEO Clayton Lewis also noted that Arivale wasn’t successful in convincing people that data and lifestyle changes would necessarily improve their health. Startup executives who love the idea of quantifying themselves or being paid for healthy lifestyles keeping learning an expensive lesson — they represent a tiny, navel-gazing minority whose time would be wisely spent studying their target audience as they prowl the junk food, cigarette, and alcohol aisles of Walmart while steering a wide berth around the pharmacy’s bathroom scales and blood pressure cuffs.

Bain Capital hires financial advisors to help it assess the potential sale of Waystar. The RCM vendor was created in 2017 from the merger of ZirMed and Navicure, which joined Bain Capital’s portfolio in 2016. 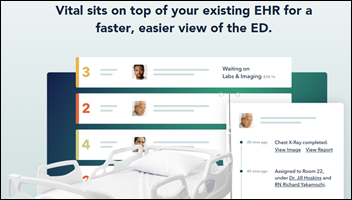 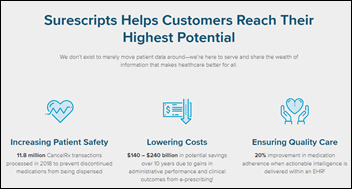 The FTC files an antitrust lawsuit against Surescripts for allegedly monopolizing the e-prescribing market, specifically in the areas of routing and eligibility. It accuses the company of:

A JAMA-published finds that 29 out of 36 depression and smoking cessation apps transmit data to Facebook or Google, while only 12 disclose that fact in their privacy notices. The study’s authors advise that, “Users should be aware that their use of ostensibly standalone mental health apps, and the health status that this implies, may be linked to other data for other purposes, such as marketing targeting mental illness. Critically, this may take place even if an app provides no visible cues (such as a Facebook login), and even for users who do not have a Facebook account.” Facebook, meanwhile, expects to pay up to $5 billion in fines to the FTC for privacy violations.

Twenty-eight health systems join the Medicaid Transformation Project to improve the delivery of behavioral healthcare services through the use of digital tools. The project’s next initiatives will focus on maternal and infant care and substance and opioid use. The project was launched last year by former CMS acting administrator Andy Slavitt and the Avia healthcare innovation network. 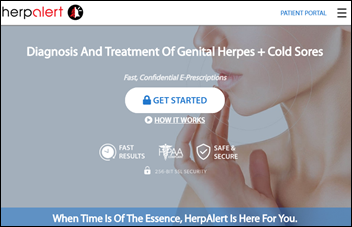 Genital herpes diagnosis and treatment website HerpAlert handled 20 times its usual number cases after the Coachella music festival started, eclipsing the previous record that was set during 2018’s Oscars weekend. Patients submit photos and get a $99 doctor’s confirmation and a prescription sent to the pharmacy of their choice in an average of two hours. It’s pretty amazing that big businesses that are being built around the fact that FDA doesn’t allow over-the-counter sales of low-risk drugs for fairly obvious conditions. That business model wouldn’t work in many countries, where you can buy whatever you want from the pharmacy as a responsible adult without paying a fee to have an online doctor rubber stamp your request with a tech company taking its vig for medical matchmaking. 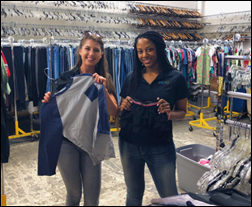