The largest US health insurer, UnitedHealth Group, has added its critique to the Medicare for All proposals currently being debated in Congress. We’re going to hear about this for the next year and a half, at least through the next presidential election, so I’m not surprised they’re putting their two cents in.

Medicare covers approximately 60 million people and UnitedHealth’s products cover nearly 50 million, so they conclude that Medicare for All would cause “wholesale disruption of American healthcare.” I’d like to remind the CEO making the statement that there’s more to the Americas than the US and we should be looking at many nations’ healthcare systems as we try to find a way out of our own mess. UnitedHealth posted revenues of $226.2 billion last year through insurance, physician practices, consulting, and pharmacy benefits operations. Medicare for All, or any universal coverage, plan would likely take a bite out of those revenues.

In the patient care trenches, I have a bird’s-eye view of the issues caused by employer-based health insurance. Patients staying at jobs they hate where they are abused because they are afraid of losing health coverage, particularly for pre-existing conditions? Check. Patients with complex medical conditions staying in abusive relationships because the spouse holds the coverage and they can’t afford it on their own? Check. Patients suddenly losing coverage due to downsizing, and not being able to afford individual plans? Check.

I saw all three of these this week. A discussion of the cost of care was part of the urgent care visit. Members of Congress need to walk a mile or two in their constituents’ shoes before making decisions on this complicated issue. Even the concept of Medicare for All means many different things depending on whose proposal you are looking at. 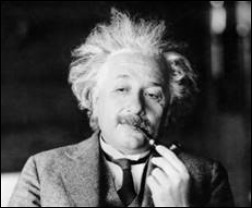 Mr. H asked recently for comments on “Health System IT Providers vs. Would-Be Disruptors: Unfairly Dismissive or Appropriately Skeptical of Outsiders” and I wanted to throw in my two cents’ worth based on a recent client project. It’s not only the outside disruptors who that make those of us in the IT trenches skeptical. It’s also the other outsiders that our organizations bring in, because either they feel that input from another industry would be useful, or that as one director told me, “You don’t have to know healthcare to manage IT systems in healthcare.”

That’s how I found myself sitting across a conference table from a “lab interface team” who was supposed to be helping create some custom orders management content for a boutique practice. As we were in the Motor City, it seemed that my team was entirely populated by former auto industry programmers and technicians. Confident in their ability to use algorithms to free the physicians from mundane data management, they had designed a flow for laboratory orders and results management and wanted my sign-off.

Unfortunately, they had no idea of how laboratory flags work or any concept that a lab that is technically abnormal might be perfectly fine for a given patient, or that one that is normal range might be bad for a given patient. The idea that results need to be interpreted in context not just based on normal vs. abnormal was a new one to this team, which appeared hastily thrown together by the hospital, which had acquired said boutique practice without really thinking it through.

Did I mention that they also didn’t know their OBR from their OBX from the proverbial hole in the ground? The look in their eyes at having a physician school them on the nuances of being an actual lab interface team was priceless. I left the meeting suggesting that perhaps they should learn something about HL7 capabilities and scheduled a discussion with their director about the team’s ability to actually get this project done on any kind of useful timeline.

I don’t doubt that non-healthcare people can learn and become healthcare people, but you have to at least understand the problem and the business case before you try to create a technology solution. I’ll be earning my money with these folks, for sure.

From Jimmy the Greek: “RE: Hide the women and their uteri….” Jimmy shared a Washington Post article covering health-monitoring app Ovia, which sells intensely personal (although de-identified) data to employers that include the app in company benefits packages. We all know how easy it is to re-identify that data, so it caught my attention. The app collects information on user mood, bodily functions, sexual activity, and ultimately labor and delivery. The article mentions a woman who was using the app in the delivery room to upload data. Were I not a hypothetically swinging single, perpetually 29-year-old clinical informaticist, using an app when I should have been contemplating the perfectness of my baby and his amazing existence would be appalling.

Employers can see aggregated data on health risks, question searches, finances, and return-to-work plans. Depending on the size of the company it might be easy to figure out exactly what employees are documenting. Users are also exposed to targeted advertising for dubious products, including nutritional supplements and special cleaning products. Privacy experts are worried that employers could modify benefits based on projected costs or that discrimination may occur against women seeking pregnancy. Not to mention that some coercion may be involved when companies pay workers to use the app as mentioned in the article.

As someone who previously provided maternity care and delivered over 150 babies, I’m also concerned at the psychological ramifications of this level of tracking in pregnancy. It’s a scary enough time for mothers without having their every move quantified. There is one popular pregnancy guide out there that I actually recommended the mothers under my care should avoid. It included recommendations that shamed mothers who weren’t baking their own whole-grain muffins and said that pregnant women shouldn’t use microwave ovens because of unknown risks to their babies. The so-called “femtech” market is apparently big business, slated to hit $50 billion by 2025.

The Ovia terms of use give the company a “royalty-free, perpetual, and irrevocable license, throughout the universe” to clearly use information for marketing however they see fit. They can also sell the data to third parties and I doubt many of the users actually review the 6,000-word disclosure.

Ovia also claims reductions in premature births and other outcomes, but the data is from an internal return on investment calculator rather than from appropriately constructed peer-reviewed studies. The company makes no secret that it’s delivering content that helps reduce medical costs and encourages women back to the workplace. While researchers are tempted by the availability of large data sets, they’re concerned about the applicability of the data to actual research.

The article mentioned a number of other women’s health apps, including period trackers and fertility trackers. I must admit I was woefully unaware of the size of that market segment. I’d like to see women be better educated about their bodies, but I hate to see some of these apps positioning themselves as something to help “demystify” normal biological processes.

If you had a daughter, would you encourage or discourage her from using apps like these? Would you use them yourself? Leave a comment or email me.