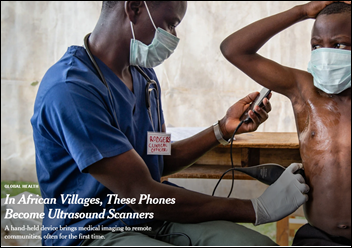 The New York Times reviews the use of an IPhone-powered whole-body ultrasound scanner in Uganda and other developing nations. The $2,000, US-made device addresses the issue that two-thirds of the world’s population gets no imaging at all due to cost, geography, and machine availability.

The sign that the device is real – it has earned FDA’s marketing clearance. The sign that it works disruptively for public health – one of the company’s backers is the Bill and Melinda Gates Foundation, which unerringly funds projects that deliver the biggest bang for the global buck. 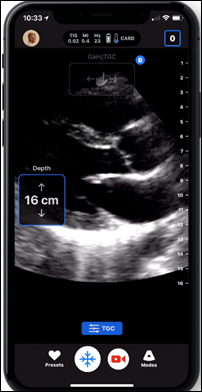 The tap-and-swipe Butterfly IQ device offers 18 presets for images such as cardiac and deep abdomen. It stores data in Butterfly Cloud to offer HIPAA-compliant image sharing with patients and peers.

The inventor is DNA sequencing pioneer and Yale School of Medicine genetics professor Jonathan Rothberg, PhD, who I hereby elevate to the top of my “most interesting people in health IT” list (and that’s a short list).

From OOB?: “Re: Epic and Cerner. This article says they’ll be out of business within 10 years because their EHR technology is outdated.” That’s just attention-seeking silliness since surely nobody who has any connection to health IT could be that uninformed. I’ll offer just three of the many dozens of counterpoints that come immediately to mind:

From Dignity Defined: “Re: Cerner. Do you you see them cutting back?” All vendors whose sales were goosed by Meaningful Use (note to self – that would be a fun song title) are already cutting back in various ways and will continue to do so. I asked the question publicly when Meaningful Use first came into play of how vendors who geared up for a competitive battle of a fixed duration would gracefully downsize once the feed trough had been licked dry. Nobody could look past the boom years. Hospitals and practices will continue to buy products that provide ROI (why wouldn’t they?) but now that government’s contribution to the equation has been eliminated, software and services will have to pay their own way, which will likely involve lower prices, more tangible short-term benefits, and recurring costs that align with the benefits delivered. Cerner, Epic, and Meditech have won the hospital core IT system wars and the independent ambulatory market seems to be consolidating pretty quickly, so the ripple effects will be seen every aspect of health IT, especially consulting. Cerner is particularly vulnerable because it is publicly traded and has underperformed despite winning billions in federal government business, so in the absence of a fiery, singularly-focused co-founder at the helm, it must now redirect its attention to Wall Street type (although it’s been doing that for years, just to a lesser degree). Note that Cerner Millennium and maybe Cerner itself would not exist today if Neal Patterson hadn’t told 1990s investors that it would take a lot of years and money to create a new hospital IT architecture and they would just have to suck it up until it was done.

From Pistolero: “Re: clinical decision support to detect questionably beneficial orders. Why isn’t it more widely used?” I would say:

I use AP Stylebook standards about 99% of the time when writing HIStalk (big exceptions – I always use an Oxford comma and I use post office state abbreviations, in both cases feeling as though AP is way off base in mandating a less-readable form). You probably didn’t notice that I started writing “99%” this week instead of “99 percent” because they just changed their standard. Today I learned from them that “farther” refers to physical distance, while “further” is an extension of time, so now I can obsess about that. Thank goodness they don’t use “everyday” incorrectly (as “I brush my teeth everyday,” which drives me crazy) or incorrectly capitalize a noun that isn’t used as a title (“I sent my Mom a present,” which is wrong). I admit that I’m sadly out of touch in believing that you show respect to those who listen or read what you have to say by following the grammatical rules of the road as best you can, although I’m offended only by obvious indifference usually encouraged by text messaging and posting Facebook nonsense.

London-based Medbelle raises $7 million to create what it calls a “digital hospital” that sounds more like an online marketplace for cosmetic and weight loss surgery practices that also includes a care coordination platform. 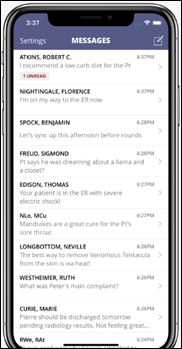 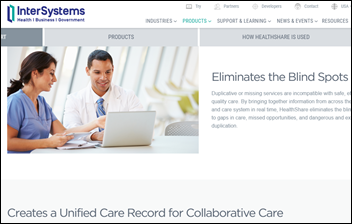 InterSystems adds HealthShare Provider Directory to the 2019.1 release of HealthShare, providing a single source of truth for provider demographics and relationships. The release also includes a renaming of HealthShare Information Exchange to HealthShare Unified Care Record.

Vermont politicians struggle with the privacy and legal issues over changing patient participation in the HIE operated by Vermont Information Technology Leaders from opt-in to opt-out, which VITL says is needed because low participation has caused low HIE usage. Only in maple syrup-producing areas (Vermont contributes half the US total) would a politician describe the maturation of a policy “as it sugars off.”

The VA issues a $1.5 million, no-bid contract to Minburn Technology Group for HPE Synergy server modules and frames that will be used to convert 131 instances of VistA data to Cerner. 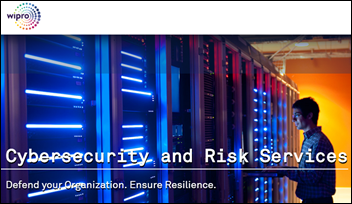 India-based IT outsourcing giant Wipro admits that its systems have been breached in a phishing campaign, with hackers using the company’s own systems to attack its customers. Wipro, which sells cybersecurity services, has hired another firm to investigate. Wipro has 170,000 employees and annual revenue of $8 billion.

Facebook actively planned to provide user data to companies willing to buy it or to advertise with Facebook while denying the data to companies that it saw as competitive, all while putting on a public face of protecting user data, an NBC News investigative report finds. Reporters found few examples where Facebook executives expressed any interest in user privacy except as a PR strategy or in profitably selling data access to app vendors.

The DC business paper confirms Dudevorce’s reader rumor that I ran Monday – Inova Health System will stop offering its MediMap genetic testing for medication response after FDA warns it that the test is being marketing illegally. Inova says it was told it by someone unstated that didn’t need FDA’s approval, but FDA made it clear that patients were potentially being put at risk because the unproven tests could lead to bad medical decisions. 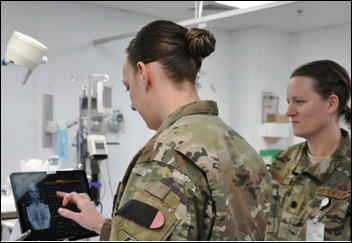 Clinicians at Bagram Airfield, Afghanistan are trialing a trauma digital documentation system from T6 Health Systems, which the company says can integrate with Epic, Cerner, Meditech, and Allscripts. USAF trauma surgeon Lt. Col.Valerie Sams, MD  of the 455th Expeditionary Medical Group (on the right above) is leading the trial. 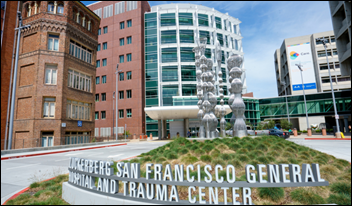 Zuckerberg San Francisco General Hospital changes its billing policy to eliminate balance billing and to set an income-adjusted maximum on patient payments, courtesy of some fine investigative reporting by Sarah Kliff at Vox. Let’s give her the credit instead of the hospital – until the expose ran, they were perfectly happy picking the pockets of patients by intentionally remaining out of network with EVERY private insurer so they could tap ED patients – many of whom didn’t have a choice because it’s San Francisco’s only a trauma center – with high bills that were quickly sent to collectors. One might reasonably expect that hospital heads should roll for creating and enforcing this policy in the first place, but that won’t happen. The hospital recently toyed with the idea of ditching the Zuckerberg part of its name (bought with a $75 million donation) over Facebook privacy shame, but at this point they’ve soiled their own name worse than Facebook.

A randomized clinical trial finds no evidence that workplace wellness programs work, as a large US company’s employees who participated said they they exercised more and watched their weight, but data analysis found no measurable improvement in their health, their healthcare expenditures, or their employment outcomes in the following 18 months.

In England, NHS Director of Digital Development Sam Shah says that hot technologies from other industries such as AI, virtual reality, and quantum computing should be placed on healthcare’s back burner in favor of building the less-exciting but vital underpinnings that can give consumers easier access, incorporate technology into care delivery, and to integrate data across IT systems and hospitals. 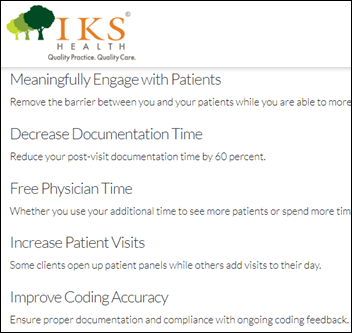 An India-based paper says that the number of India-based doctors serving as scribes for US hospitals is growing quickly, noting that US-based, $6 billion IKS Health employs 450 doctors in Mumbai and Hyderabad to support customers such as Massachusetts General Hospital and plans to increase doctor headcount to more than 1,000 this year. One doctor says it’s a good deal for young doctors who not only earn money, but prepare to advance their careers by learning medical best practices and documenting care in sophisticated EHRs. 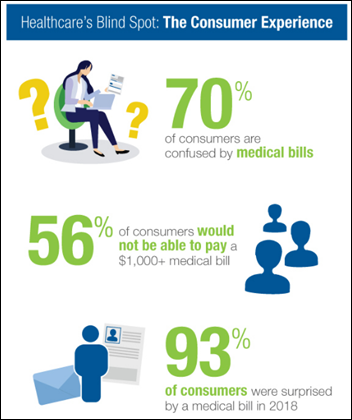