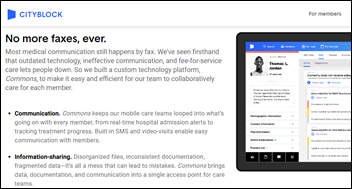 Cityblock Health raises $65 million just three months after announcing a Series A round of $21 million.

The New York City-based company was spun out of Alphabet’s Sidewalk Labs in 2017.

The company offers care coordination services and technology that cater to Medicaid patients in underserved areas.

From Ralestorm: “Re: Windows APIs. Check out this problem, in which a sign-off Epic user’s session is restored when a different user logs in afterward. I’ve seen this with other systems and vendors as a CMIO over the years.” This is a timely reminder that APIs create dependencies that can screw things up. Imprivata found out from internal testing that a Microsoft Windows 10 API is no longer working, so that when users switch within a XenApp session, the new user will be dropped back into the previous user’s session. The interesting aspects are these:

From Jiggy Jardust: “Re: Cerner. Will it follow the path of Athenahealth now that an activist investor is embedded?” Maybe. My thoughts:

From Clinical Trials Curious: “Re: software to manage clinical trials. A researcher from a large academic medical center is surprised that we don’t have a platform for managing our clinical trials. We’re a medium-sized health system using an EHR, but manage trials outside it. Are people using specific software?” I’ll invite readers from similar organizations to respond. If you work for a clinical trials management software vendor that has community health system customers, I’ll waive my rule and allow you to give your company‘s information in your comment.

From CIO a NO GO: “Re: MD Anderson. Reportedly offered a candidate the CIO role after a long search with many fits and starts. The ‘recruit’ insisted on tenure status and that stopped the process. They are in desperate need of direction after the Epic Rollout Blowup but it doesn’t appear that they will budge or that anyone will jump into the deep end without a life jacket.” Unverified. I haven’t followed that position since Chris Belmont left in August 2017. The organization struggled with post-Epic financial problems (since resolved, apparently), a high-profile failure to make IBM Watson Health do anything useful, and the resignation of its president following investigation of institutional upheaval and a heavy-handed management style. The new president comes from Canada, so I don’t know how much relevant IT background he brings, especially regarding Epic.

Provider IT people — here’s a final chance to explain to outsiders who think we drag our feet on implementing disruptive technologies. I’ll recap soon. 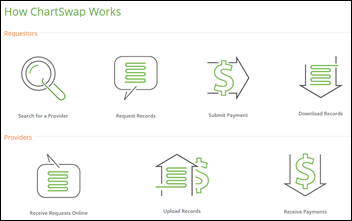 Glytec receives another patent allowance for systems and methods related to its Therapy Advisor. When released, the new product will broaden the company’s capabilities beyond insulin optimization to include inhaled, oral, and non-insulin injectable diabetes medications.

Partners HealthCare (MA) will equip its clinicians and researchers with the tools necessary to develop their own AI algorithms through its MGH & BWH Center for Clinical Data Science. The center collaborated with the American College of Radiology and computing company Nvidia to develop a similar set of software and services that will be offered for free to radiologists around the country.