Cerner bows to pressure applied by an activist investor — and perhaps as a result of its own self-examination led by Chairman and CEO Brent Shafer, who was hired in January 2018 — by appointing four new board members. Hedge fund operator Starboard Value owns 1.2% of outstanding CERN shares.

Starboard was less adversarial in this case than with previous targets, steering clear of public criticism of the company and not delving into operating minutiae with a public call for changes.

In a previous example, Starboard took control of Darden Restaurants despite owning just 10% of the company by observing that its Olive Garden restaurants are too generous with breadsticks, use non-standard sized drink straws, and over-salt the pasta. Starboard managed to get every member of Darden’s well-qualified board replaced in October 2014, since which DRI shares have since risen 169% vs. the Dow’s 60%.

The new, well-credentialed Cerner directors — former top executives of Hill-Rom Holdings, MedAssets, Jawbone, and Cloudmark, two of them nominated by Cerner and two by Starboard – now represent 40 percent of the board. Another board member will be retiring.

Chairman and CEO Brent Shafer stated previously and reiterated today that the company has identified opportunities to “unlock the company’s significant potential” in creating a new operating model and will focus on improving profits and efficiency along with ramping up innovation. He says Cerner has:

Starboard Value was a significant shareholder and an activist investor in MedAssets a few years back. It also triggered the sale of physician services vendor Envision Healthcare to a private equity firm last year.

Perhaps I missed it, but I wasn’t aware that Cerner was being pressured by Starboard, although in this case the relationship seems more collaborative than Starboard’s history would suggest and Shafer had already implemented changes to reposition the company in ways that Starboard would likely have found aligned with its own areas of focus.

From Mark: “Re: HealthVault. Why can’t a company that’s worth $700 billion leave something running for probably $10,000 per year? They probably spend that on fancy coffee for management alone.” This is probably good news for Apple and other Microsoft technical competitors since MSFT tends to turn tail and run at spectacularly mistimed points after burning through a ton of cash and partner / customer goodwill with little to show for it as competitors find a way to sell their own versions of the same technology. This is the company that couldn’t figure out how to find success in offering a smartphone (Lumia and Windows Phone), a music player (Zune), a streaming service (Groove), a fitness tracker (Band), a browser (IE/Edge), a search engine (Bing), a smart speaker (Cortana), a tablet (Surface RT), a sophisticated movement tracker (Kinect), and now a personal health record even as Apple gets accolades for its own product and the government begins a hard push on giving patients their data. I’m being nice in not mentioning Microsoft’s healthcare-specific fumbling with Sentilion single sign-on and Azyxxi / Amalga / Caradigm. Keep that history in mind as the company starts playing the soothe-the-cobra music in trying to convince healthcare that this time, in the face of entrenched cloud competition from Google and Amazon, it’s serious about healthcare interoperability and AI.

From Spinal Screw: “Re: HIStalk. I find it hard to believe that anyone has time to read it all.” Not everyone does, but somehow quite a few folks – many of them running big provider and vendor organizations and some of them likely outcompeting you – invest the time in their success. I’m editorially selective and good at summarizing, but even I can’t tell you everything you need to know in a 30-second phone read in the coffee line or on the toilet and you may or may not be good at skipping stuff that you don’t think applies to you. I have no incentive to pad it out with fluff or verbosity. You might be in the wrong business or need a productivity makeover if you don’t have 5-10 minutes per day to follow your field.

A reader commented that opinions expressed on HIStalk – both mine and those of readers – “reek heavily of cynicism of status-quo-ism” in always being skeptical of potentially disruptive developments (such as AI, EHRs, digital health, etc.) without offering alternative solutions, all because we’re protecting our hospital paychecks. This tension between would-be disruptors and those who keep the IT lights on today is important – we’re always going to be defending ourselves to impatient, often naive disruptors whose technology hammer is desperately seeking a healthcare nail to pound as we try to maintain a responsible, enterprise-driven approach. Here’s your chance to respond, perhaps considering these issues in your comments on the survey form I created. I’ll recap our collective thoughts in a few days. 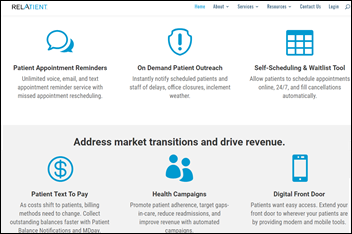 Welcome to new HIStalk Platinum Sponsor Relatient. The Franklin, TN-based company offers a patient-centered approach to patient engagement that recognizes that “it’s not just a phone, it’s healthcare’s digital front door.” Solutions include appointment reminders and rescheduling, on-demand outreach for events such as weather delays, patient self-scheduling and waitlisting, satisfaction surveys, AR balance messaging, MDpay balance collection, and health campaign management (recalls, education, portal promotion). The service requires no app, no portal, and no password (since the service validates directly to the phone) and communicates with patients via their preferred channel (phone, email, or text messaging, the latter preferred by a startling 98% of patients vs. the basically zero who like patient portals). Patients are engaged as comfortably as they would be with friends and families, using behavioral science to meet their wants and needs without having a clumsy app inserting itself. An Epic-using pediatric hospital dropped its clinic no-show rate by 27 percent within six weeks, while a FQHC uses it to help meet the needs of diabetic patients with transportation problems. It’s integrated with a long list of systems that include those of Epic, Cerner, Allscripts, Meditech, EClinicalWorks, and Athenahealth. Thanks to Relatient for supporting HIStalk.

Listening: King Crimson, purely because the reclusive and formerly retired Robert Fripp — the only consistent band member as its 72-year-old guitar player — just did an amazing press conference for the band’s 50th birthday as reported by Rolling Stone. It’s a delightful, wry look at the challenges and rewards of playing in a band whose membership is constantly evolving (Fripp loves blowing it up and starting over to stir his creative juices) and whose epic progressive music plays great live even though each musician must count different time signatures in their heads in front of thousands of audience members in playing songs recorded decades ago by someone else. Their tour goes out in June and has some US dates. Certainly many (including me) enjoy the take-no-prisoners “21st Century Schizoid Man” (original vocals by ELP’s Greg Lake) or the mostly improvised “Asbury Park,” but my favorite will always be “Starless.” How cool it must be to bemusedly explain to your grandchildren that time in 1969 when, as an impossibly young man of 23, Grandpa was rocking half a million people at England’s Hyde Park weeks before Woodstock and the moon landing, and now he’s about to hit the road again.

Morgan Stanley predicts that Apple’s healthcare opportunity is $15 to $313 billion in annual revenue within the next eight years, with analysts speculating (with little evidence to back it up) that the company could roll out medical-grade wearables within AirPods, integrate sensor-powered apps into the Watch, get insurers to pay for the Watch, or buy healthcare companies. The prediction seems laughable given its assumption that the company’s 2027 healthcare revenue could exceed today’s total revenue even as Apple scrambles to defend its mature market position. People keep trying to make excuses for Apple’s unpleasant slide into middle-aged corporate mediocrity and often predict healthcare as its savior based on one-off ideas like Apple Health Records and the Watch EKG that are interesting to consumers but don’t have any kind of monetization path (Rule #1 in healthcare – patients do not pay. Rule #2 – neither do doctors.)

DocuTAP and Practice Velocity announce that their merged companies will be branded as Experity. 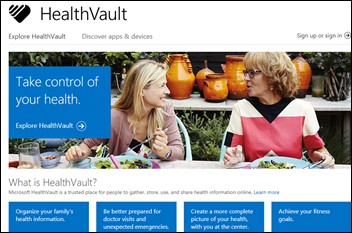 Microsoft will shut down its HealthVault service on November 20, 2019. The notice – sent via email to registered users — expands the company’s January 2018 warning that it would retire HealthVault Insights and its December 27, 2018 announcement that Direct messaging would no longer be supported. Now the whole thing has been scrapped. 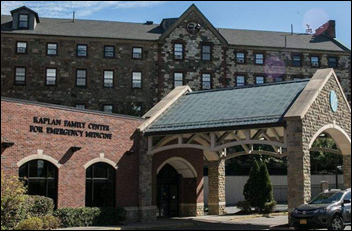 A jury finds a South Florida nursing home operator guilty of defrauding Medicare and Medicaid of nearly $1 billion via fraudulent billing. The best part of the story is this – he used part of the $37 million he pocketed to bribe a Penn basketball coach to get his son admitted into the Ivy League university. Former Penn basketball coach Jerome Allen, who has pleaded guilty to money laundering in connection with the incident, admits that he accepted $300,000 in bribes to get the son — Morris Esformes — admitted to the Wharton School, after which he never played a single second of Penn hoops. The son’s LinkedIn says he last worked as a summer analyst for merchant bank The Raine Group. Somehow I expected that – state-school guys like me who spent our summers sweating doing dirty, low-paid work outdoors (in my case, coal mines) always knew people with better-connected parents who got them clean, connection-creating jobs working as caddies or perhaps merchant banking. One guy I knew donated his daughter’s way into dental hygiene school (“I’ll buy the damned place if I have to,” he told everyone who would listen, which apparently included the admissions folks) and got his underachieving son into medical school despite the kid’s having been caught breaking into his undergrad college’s administration office to manually improve his grades. 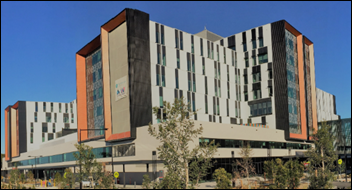 In Australia, newly opened, 488-bed Northern Beaches Hospital delays its HIE project after it finds “unacceptable errors and omissions.” A sign that the grand opening wasn’t going well – the CEO quit the day after the ribbon-cutting ceremony.

Massachusetts Governor Charlie Baker, speaking at a Partners HealthCare innovation event, says he is skeptical of the promises of AI. He adds that healthcare is rightfully held to a higher standard than other industries and that patient privacy must not be compromised. Baker was the final decision-maker for AI projects in his previous roles in government and provider organizations and says AI was often less useful than its developers thought, it takes longer than expected to make it work, and the choice and formatting of input data complicates the issue.

Ireland’s state data agency rules that people don’t have an absolute right to have their names spelled correctly, reviewing a TV producer’s complain that the fada (an accent or diacritic mark) in his name was omitted by University Hospital Galway because its software doesn’t support the special character.

Cigna’s PR people shrink from the glare of public spotlight as the insurer suddenly agrees to pay the out-of-network hospital ED bills of a woman’s two daughters who had attempted suicide – one by slashing, one by pills – by reversing its initial decision that neither event was life-threatening. The mother was relieved about the bill, but the story doesn’t provide any insight on what it’s like to have two daughters of unstated age who tried to kill themselves simultaneously.

Weird News Andy codes it as W61.42XA. A Detroit motorcyclist dies when one of several turkeys that were crossing the road take flight and hit him in the chest, causing him to lose control. WNA cautions, however, that we must escalate our coding work to keep up with the stupidity of people, providing as evidence this story in which a 10-year-old boy is critically injured after falling off the car driven by one of his parents as he “surfs” on the roof.