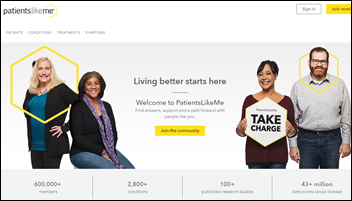 PatientsLikeMe looks for a buyer after the Committee on Foreign Investment in the United States demands that its majority owner, a Chinese investment firm, divest its holdings in the company. The personalized health network has raised $127 million in several venture rounds.

The Trump administration expanded the committee’s oversight last year as concerns heightened around national security and trade secrets, a move that caused Chinese investments in US companies to plunge from $46 billion to just under $5 billion over the last two years.

From Sagebrush Sister: “Re: CIO vendor entertainment violations. Looking for examples, as my organization is hosting a Pebble Beach outing for key clients. They didn’t consider the healthcare folks and I’m trying to get them to add CEs, even if just for damage control.”

From John R. Public: “Re: America’s Health Insurance Plans whining. It’s funny that they are crying wolf after they’ve harassed providers forever for information while providing them with dated stacks of papers or confusing web pages that are not actionable.” AHIP says 2020 implementation of mandatory data sharing under CMS’s proposed interoperability rules is unrealistic given the effort required to comply with standards that aren’t yet defined.

From HIT OG: “Re: CareCloud. Laid off 40 employees yesterday via a conference call.” Unverified.

Readers have sent some great alternatives to buying a big swath of HIMSS conference exhibit hall space, which I’ll run shortly, Meanwhile, your suggestions are welcome.

Jim Costanzo (Ernst & Young) will succeed Bruce Cerullo as Nordic’s CEO on July 1. Cerullo will become chairman of the board.

UMass Memorial Health System will roll out video-based substance use disorder evaluation software at three of its EDs over the next three months. The technology, developed by four physicians from within its Memorial Medical Group, was the winning submission in the annual UMass Prize for Academic Collaboration and Excellence.

The Consumer Technology Association, organizer of CES, forms a working group with nearly 30 healthcare and tech companies to develop standards and best practices for AI in healthcare. 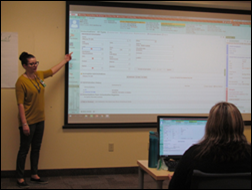 The FTC wins a $50 million court judgment against Omics International, an India-based scientific research publishing company that has for years been accused of deceptive business practices. A judge in Nevada, where the company has a mailing address, has also ordered the company to stop misleading authors about the legitimacy of its publications, marketing conferences with unconfirmed speakers, and failing to disclose fees.

Departing FDA Commissioner Scott Gottlieb, MD will return to the American Enterprise Institute to work on drug pricing. He joined the think tank as a resident fellow in 2002. 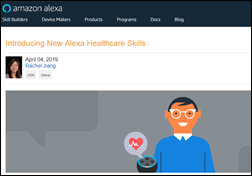 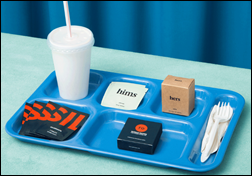 The New York Times highlights the popular trend of “restaurant-style” medicine offered by prescription-on-demand companies like Roman, Kick Health, and Nurx. Medical experts point out these startups give consumers the power to choose their drugs and then have their choices validated by a remote physician, a service that typically omits any type of counseling about potential side effects. Detractors warn that despite their buzzy marketing, convenience, and multimillion-dollar fundraising rounds, consumers should approach these services with caution. The big question I always have – why would a doctor agree to practice in this type of arrangement that violates just about everything in the Hippocratic Oath? (answer: easy work for $$$). It’s too bad that our culture sees prescribing as just a minor speedbump to getting what we think we should have, regardless whether it’s likely to be beneficial or safe.

Bloomberg looks at the lengths hospital chain Narayana Health will need to go to in order to care for India’s poorest patients under the country’s new national health insurance plan. The company, which already offers assembly-style procedures at rock-bottom prices, was launched by cardiac surgeon Devi Shetty in 2000 with a $20 million loan from his father-in-law. Shetty has tapped his son to lead a software startup dedicated to analyzing and trimming costs from Narayana’s operations, which are already operating on razor-thin margins that, when all is said and done, result in outcomes equal to or better than those of US hospitals. Shetty says, “I would like in my lifetime for every citizen of this planet to get health care at a price they can afford to pay without having to beg or sell something.”

Meanwhile in the US, a West Health-Gallup survey finds that one in eight Americans borrowed a total of $88 billion last year to pay for healthcare services. Sixty-five million people deferred care altogether because of cost.

An outside review of Memorial Sloan Kettering Cancer Center finds that the organization violated conflict-of-interest policies and fostered a culture that valued profits over research and patient care. MSKCC’s relationship with AI startup Paige.AI was one of the issues that triggered the review, as reports noted that it shared pathology slides with the startup as some of MSKCC’s top executives were given lucrative participation arrangements.

This is bizarre: People claiming to work for Passport Health Plan are showing up in an unmarked van around poor neighborhoods in Louisville, KY offering members $20 for DNA samples. Those who underwent a cheek swab were told they were being tested for cancer.

This is how obituaries should be written, as the family of 63-year-old Iowan Tim “Lynyrd” Schrandt describes him in a way that makes you wonder how he interacted with his doctors and nurses. The big finish is this:

Tim led a good life and had a peaceful death, but the transition was a bitch. And for the record, he did not lose his battle with cancer. When he died, the cancer died, so technically it was a tie! He was ready to meet his Maker, we’re just not sure the Maker is ready to meet Tim. Good luck, God! We are considering establishing a GoFundMe account for G. Heileman Brewing Co., the brewers of Old Style beer, as we anticipate they are about to experience significant hardship as a result of the loss of Tim’s business. Keep them in your thoughts.