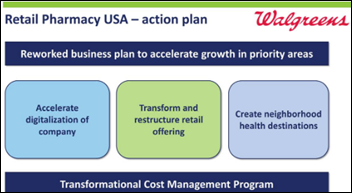 WBA shares closed down 13 percent Tuesday after the company released results that fell short of expectations for both earnings and revenue. They’re down 12 percent on the year and up just 14 percent over the past five years vs. the Nasdaq’s 96 percent gain.

In yet another example of the “healthcare is big business that takes money from the ill” paradigm, the company’s US pharmacy operations delivered disappointing results because of a mild flu season and a de-emphasis of tobacco.

The company says it has created a new digital leadership team and embedded Microsoft within it.

From Clarence Oveur: “Re: exhibiting at HIMSS. We’re questioning the value. Wondering if you are hearing that from other companies?” I’ve heard from a couple of folks who asked me what I thought about moving their multi-hundred thousands of dollars of exhibit hall expense into something that might generate actual leads (which for them, HIMSS19 did not, and I’ve heard that quite a bit). Most of those who have toyed with that idea in past years got scared into paying up over fears (likely justified) that competitors would create innuendo around their absence. Consider these points:

I’m interested in what readers think about companies who decide to stop exhibiting at the HIMSS conference, so tell me here. Do you care? What other ways can they connect with prospects? I’m especially interest in hearing from companies that have moved their exhibit hall expense into other forms of marketing that turned out to be more effective. 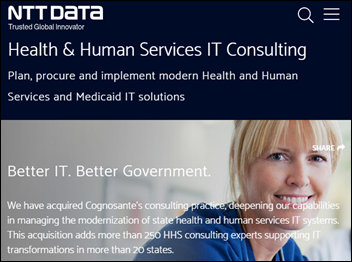 The Knoxville paper covers PerfectServe’s three 2018 acquisitions, its 220 local employees, and the use of its secure provider communications solution by UT Medical Center.

UnitedHealthcare and the American Medical Association will work together to create 20+ ICD-10 codes related to social determinants of health that can be used to trigger referral to social and government services. 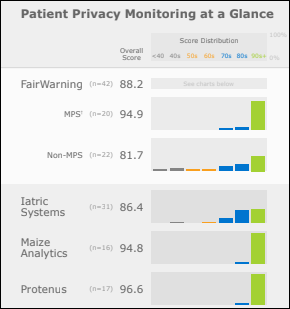 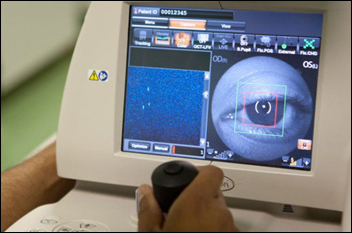 MIT Technology Review notes that DeepMind demonstrated a prototype of its AI-powered retina scanning device in London last week. The 30-second scan can detect retinopathy, glaucoma, and macular degeneration. It’s still years away from availability, however, since the company hasn’t yet submitted it for UK regulatory review.

Meditech expands its Meditech as a Service offering, which was initially offered only to critical access hospitals, to all community health systems.

The VA joins DirectTrust’s anchor bundle, which will allow its employees to use Direct messaging and information exchange to communicate with 1.8 million providers. 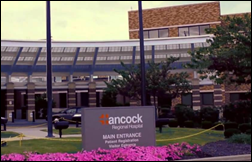 “60 Minutes” visits Hancock Regional Hospital (IN) to talk about its January 2018 ransomware attack in which it paid a hacker $55,000 to regain access to its files. The hospital notes that not only was it back in business on the Monday following the Thursday attack, it has since learned that antivirus software that can only recognize a particular technical signature would not have helped (since the strain was new) and it has since added a system that instead looks for patterns of malicious behavior. The hospital also contracted with cybersecurity vendor Pondurance because “if we’re attacked by humans and the only thing we have to defend ourselves is software, then the humans will win.” 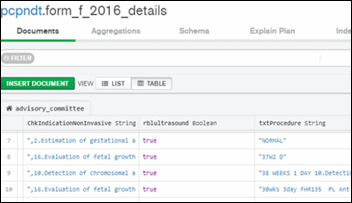 An Indian state’s health agency exposes the information of 12.5 million women who had undergone pregnancy-related testing by leaving the Internet-connected database unsecured. The agency didn’t respond to warnings that its information was exposed and the problem was fixed only when India’s Computer Emergency Response Team removed the health information three weeks later. The MongoDB server is still online and exposed, with other agency information still accessible by anyone. The medical data was especially sensitive since it involves data collected to support India’s ban on prenatal sex determination tests, which it implemented to prevent widespread selective abortion of unborn females. 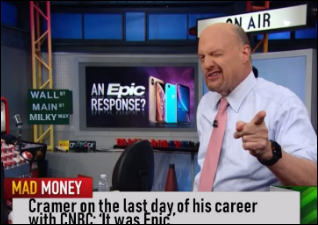 Dear PR people: “discreet” means watching what you say or being modest, which isn’t really an adjective you want to use when referring to data points (that would be “discrete.”) 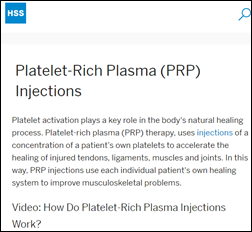 Kaiser Health News calls out respected hospitals such as Swedish Medical Center, Mayo Clinic, Cleveland Clinic, and University of Miami for offering profitable but medically unproven stem cell-related therapies even as FDA tries to shut down clinics that do the same thing. Some hospitals are even employing informercial-like sales pitches and enthusiastic but anecdotal patient stories to lure cash-paying patients in. One area in which evidence is ample – hospitals and medical practices will do whatever people pay them to, regardless of scientific merit. Just because hospitals are non-profit, unlike medical practices, doesn’t mean they don’t relish bringing in the cash through any legal (and sometimes illegal) means.

Researchers find that Ontario’s experimental payment of bonuses of up to $36,000 for PCPs to keep their patients out of the ED created unintended consequences, with most of the money going to small-town doctors whose patients had fewer PCP visits, less after-hours care, more ED visits, and higher ambulatory costs. The bonus-earning doctors also had lower-acuity patients. The authors identify a problem in creating rewards for those who are already exhibiting the desired behaviors instead of changing those who aren’t, also noting that the payment rules encouraged doctors to send patients to the ED or to specialists instead of to a walk-in clinic.

Pharma bro Martin Shkreli is sent to solitary confinement for using a contraband cell phone to continue running his renamed, price-jacking Turing Pharmaceuticals from his federal prison cell. I’m pretty sure we haven’t heard the last of him since people who are willing to do most anything for money somehow keep finding new ways to take it away from someone else.