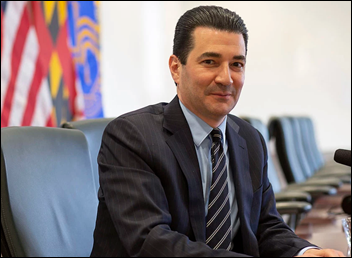 Departing FDA Commissioner Scott Gottlieb — reacting to the “Death By 1,000 Clicks” article — says FDA oversight of EHRs would be appropriate “when they’re doing things that could create risk for patients” in turning into a medical device.

Gottlieb added, however, that Congress would need to define those conditions. He doesn’t expect any changes in the next several years.

From Captive Cursor: “Re: Beth Israel Lahey Health. Named former Dartmouth-Hitchcock CIO Peter Johnson as interim CEO of the new entity. He would be an interesting interview.” Johnson’s LinkedIn says he’s been an independent consultant since leaving Dartmouth-Hitchcock in 2011 after 26 years and I know he has covered CIO roles since. I agree that it might be fun to interview him.

From From Athena With Love: “Re: Athenahealth. Post-acquisition layoffs are about to happen (April) according to rumors.” I’m pretty sure you can count on layoffs, especially when combining two companies that must have quite a bit of corporate overlap. The real question is how they handle the product portfolio, especially the GE Healthcare part. That’s compounded by the fact that healthcare experience, especially that obtained from somewhere other than Athenahealth, is hard to find among the executive team members.The corporate raider script, especially with hedge funds like Elliott Management, seldom wavers from: (a) create distress by criticizing the targeted company publicly and maybe applying some dirty tricks; (b) use the resulting share price drop to bully the board into selling the company at a discount; (c) cut costs mercilessly to shore up the financials while the company is sequestered away from investor oversight as a private entity; and (d) either find another willing buyer, or as is more likely with Athenahealth, expand into sexy-sounding areas with big potential, take it public again, and transport wheelbarrows of cash to the bank before the company’s long-term prospects turn out to be less impressive than the juiced numbers and creative story suggested. Vertitas Capital’s big healthcare IT score was selling the healthcare database business of Thomson Reuters, renaming it Truven Health Analytics, and then selling it to IBM for more than double the $1.25 billion it had paid just four years earlier. Athenahealth’s prospects are probably less rosy in the absence of a likely buyer (especially one as desperate as IBM), the overall sagging of the EHR market, having product that were run into the ground by GE Healthcare in its mix, and the significantly inflated company value that was purely due to Jonathan Bush’s involvement. 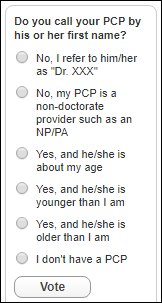 From Dollar Cost Averaging: “Re: healthcare IPOs. Are they suddenly a thing again?” I’m no expert, but it seems to me that companies see the recessionary writing on the wall and figure they need to either move now or wait years for the cycle to turn back around. 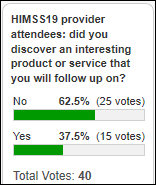 A third of not very many poll respondents say they saw something at HIMSS19 worth following up on. They left us to guess what that was.

New poll to your right or here: How much doctor burnout is caused by EHR design (workflows, screens, clicks, etc.)?

The VA struggles with documenting care for veterans who have undergone gender reassignment surgery, as one advocate wants all EHR mentions of surgery and previous gender removed to protect them from violence, while others say providers need to know the patient’s full history. 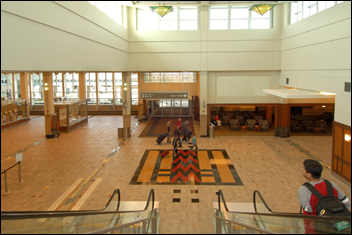 A “Madison Magazine” columnist says the local airport should be renamed from Dane County Airport to Judith Faulkner Airport as Epic has remade the area’s economy from its Oscar Mayer heritage of making “wieners and pimento luncheon meats” (the company bailed to Chicago in 2015) and Epic saved the area from “one of the most forlorn demographics in all the world.” He notes that Epic makes it possible to take direct flights to Phoenix, San Francisco, and Los Angeles and has fueled the growth of hip venues that cater to its campus full of young adults with significant incomes.

Wolters Kluwer is providing International Space Station astronauts with access to its UpToDate medical information resource. I admit that I don’t follow low-orbit type projects, especially now that they sell seats to space tourists, but this announcement made me wonder what will happen if an occupant has a stroke, heart attack, or even appendicitis. I assume it would be like in the remote parts of the world, where doctors on the ground instruct crew members who have undergone the most basic of medical training to perform diagnostic tests or minor treatments in sort of a celestial MinuteClinic, but without the option to call an ambulance to take them to a better equipped hospital. 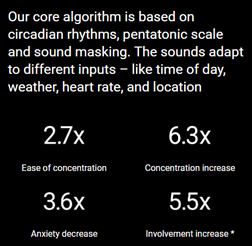 Warner Music Group signs a startup’s AI-powered algorithm to release 20 albums in the next year. Endel creates custom soundscapes such as “Sunny Afternoon” and “Rainy Night” that embed custom frequencies that are tailored to a particular listener’s mood, location, and heart rate. Endel’s engineers said their songs are intended to serve as tailored background music rather than album tracks, but agreed since all 20 albums can be “made just by pressing one button.” They had to hire an entertainment lawyer to figure out who to list as artists for collecting royalties, finally settling to just listing all the engineers as songwriters.

A woman sues Olive Garden for up to $1 million for failing to warn her that her “defective” stuffed mushrooms were “extremely hot,” claiming that after the first bite she staggered through the restaurant with it stuck in her throat, vomited in the restaurant’s kitchen, headed off to the ED, then called 911 on the way because she thought “death was imminent.” She was taken to the hospital, then airlifted to Parkland Hospital’s burn unit. Personally, I would be more tempted to snoop in her medical records than those of Jussie Smollet.