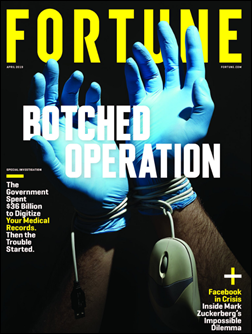 Thoughts on the “Death By 1,000 Clicks” Article (And Your Chance to Weigh In)

This article was a good rehash of how we went from the first glimmers of Meaningful Use to today’s “unholy mess.” It doesn’t contain much of anything new for industry followers, but it will reach a mass audience as the Fortune cover story.

The Past, Which By The Way, Can’t Be Changed

The Challenges to Making It Better

The Big Question: What Would An EHR Look Like If Clinicians Designed It For Themselves?

We will never know because clinicians don’t drive our healthcare system. It’s mostly overseen by hospital and practice executives, insurers, regulators, and the government. I would also wager that getting consensus would be impossible since nearly every doctor mistakes their opinion for irrefutable fact.

There’s also the question of whether clinicians have enough of a broad view to design software that will be used by thousands of users. EHR design is the de facto consensus of a broad swath of users in the most heavily represented specialties and user configuration options are the safety valve for practice deviations (which is why EHRs are so deeply configurable).

It’s also a pie-in-the-sky fantasy that a clinical system should be as easy to use as Facebook, Amazon, or an IPhone. It’s true that those systems empower their users with smart design, but their functionality is comparatively simple and users are motivated because their purpose is largely recreational.

EHR vendors are incented to create the systems that customers will buy. Companies selling well in a contracting EHR market Cerner, Epic, EClinicalWorks, etc. – are delivering what customers want (“customers” not necessarily being synonymous with “users.”) They have no incentive to build products that everybody hates, and given the competitive environment, they would do whatever they can to gain market share.

The underlying business model drives EHR design, and that’s what a lot of clinicians don’t like (and especially their place in it). That resentment gets pushed both down and up.

There’s still an immediate need for not only allowing, but encouraging system users to publicly and anonymously report patient-endangering software bugs. Vendors have not done a good job in pushing these notices out, and even in cases where they do, word doesn’t always filter down from the hospital’s IT department to end users.

Enough griping about EHRs or leaving laypeople to draw their own conclusions about them. What would you change? Tell me here,  be specific, and assume (as EHR vendors are expected to do) that our screwy US healthcare system is off the table. 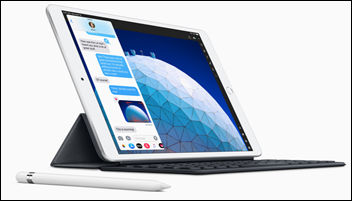 Apple quietly rolls out new models of the IPad Air and IPad Mini. The former has a larger display, a processor that’s three times faster, and support for the Apple Pencil, while the latter hasn’t changed much except to add Pencil support (and thus supports high-margin Pencil sales). Apple seems more focused on the impending announcement of its video streaming service and other high-margin, non-commoditized services. 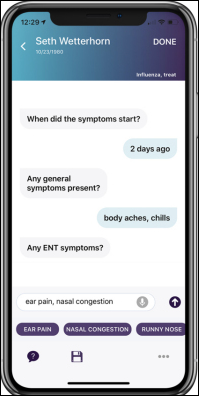 Sopris Health claims that its chat-powered digital assistant app allows clinicians to create a visit note in 45 seconds, or the time required to walk from one exam room to the next. Co-founder and CEO Patrick Leonard previously worked for Aetna’s consumer technology group and was CTO of the symptom-checking app ITriage that Aetna acquired in 2011 along with its developer, Healthagen. 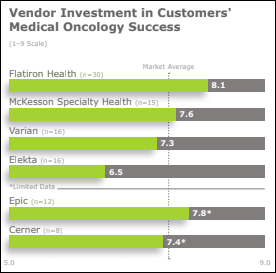 A new KLAS report on the medical oncology technology needs of community cancer canters finds that Flatiron Health leads the pack, as Cerner, Epic, and McKesson Specialty Health lag in supporting workflows. Cerner and Epic also score poorly in connecting with EHRs of other vendors.

A whistleblower lawsuit brought by two former IT employees of Community Health Systems accuses the for-profit hospital chain of submitting fraudulent attestations for Meaningful Use, reaping $544 million in incentive payments in 2012-2015. It adds that CHS acquired 60 hospitals of Health Management Associates that attested to Meaningful Use payments even though their Pulse EHR was poorly integrated and require printing paper at multiple stages during a patient’s stay. The lawsuit also claims that Medhost made false statements to get its EHR certified under Meaningful Use Stage 2. The former employees also say that CHS used Medhost partially because of illegal kickbacks in the form of providing free Medhost Financials with the purchase of its clinical applications.

The White House’s US Digital Service says the VA’s newly developed online eligibility tool for veterans who seek private care under 2018’s MISSION Act is so flawed that it should be scrapped. warning that it will be slow, will cause errors, and will require an extra 5-10 minutes for each appointment booked. The report says VA contractor AbleVets isn’t the problem – it’s the VA’s poor oversight and a rush to bring the system live in June without adequate testing or integration with six existing VA systems. VA doctors are already pushing back, with one saying, “These people are out of their minds. We aren’t housekeepers, doorkeepers, or garbage men.” The VA says it needs $5.6 million to finish work on the system, which it says will cost $96 million in this fiscal year. An inefficient approval and scheduling process caused major delays in the VA’s 2014 rollout of a similar program, creating the need for this new project. 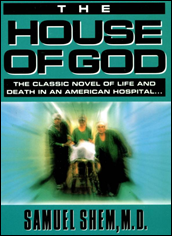 Samuel Shem, MD – who in 1978 wrote what might be medicine’s most enduring novel in “The House of God,” which is a lot like MASH except more clinical and more cynical– calls EHRs “the new bullying to all of us in medicine.” He calls EHRs “an epic intrusion and frustration in our doctors’ lives” that require more time than actually delivering care, He also notes that EHRs are billing machines that have not been proven to improve safety or quality of care. I’ve read “House of God” many times and hereby give you some teasers to encourage you to do the same: 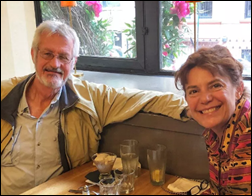 For more insightful medical wit, check out retired ED doc and author Rada Jones, MD, who describes herself as, “I speak like a vampire since I lived most of my life in Transylvania” and who just relocated to Thailand with her husband. She offers “47 Tips to Keep You Away From My ER” (which actually contains 49), one of which is, “NEVER EVER stand around minding your own business. It’s the most dangerous thing known to man. 90 percent of my assault victims were doing just that.”

Glen Falls Hospital (NY) reaches a confidential settlement with Cerner over the $38 million of revenue it lost due to billing problems after go-live. 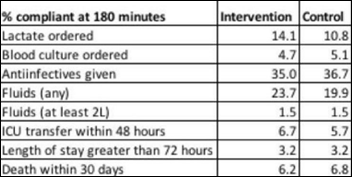 A study finds that implementing EHR-generated severe sepsis alerts didn’t improve treatment performance measures or patient outcomes. Two-thirds of the alerts were true positive, but only eight percent of those doctors used the EHR sepsis order set, with two-thirds saying they would rather enter their own orders and 58 percent expressing skepticism about whether the alert captured a meaningful change in clinical status.

Stat notes that despite the hype associated with Stanford’s widely reported study of the Apple Watch’s ability to detect atrial fibrillation, it’s hard to look at the overall effects since the study was not a randomized controlled trial and instead just observed what users experienced. It did not look at false positives, how many doctor visits resulted, the conclusions from those visits, and whether wearing the Watch can actually improve the health of a large population. 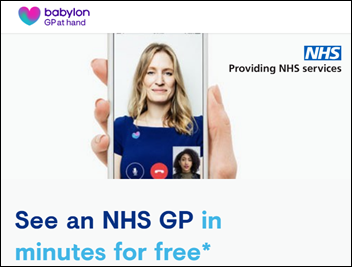 Doctors in England express concern about fast-growing online visit provider Babylon, which NHS has embraced under its GP at Hand program. Local NHS cost have skyrocketed as 40,000 Londoners have joined Babylon’s program, which as a medical group requires people to leave their local practice (which patients often don’t understand), creating economic upheaval under NHS’s per-patient payment model that looks at where the practice – not the patient – is located. Doctors also complain that Babylon attracts the most easily managed patients, sticking them with the more complex ones under the fixed payment. Insiders also raise questions about the company’s AI-powered chatbot, which sometimes delivers flawed results and has not  been peer-reviewed. 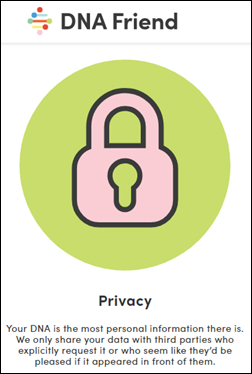 At least 48 adult strangers find that they are half-siblings after taking home genetic tests and sharing their results, their newly discovered father being an Indiana fertility doctor who admits that he used his own sperm instead of that of donors in the 1970s and 1980s. Meanwhile, some former writers for “The Onion” launch a home DNA testing parody site called “DNA Friend.”