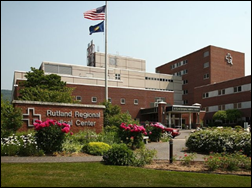 Rutland Regional Medical Center (VT) notifies 72,000 patients of a breach after discovering that the email accounts of nine employees had been hacked late last year.

Hospital officials believe the hack originated outside of the US.

RRMC did similar damage control in 2017 after an employee exposed patient information by sending a bulk email to patients using CC: instead of BCC:. 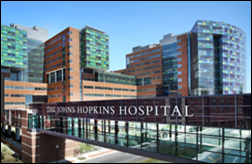 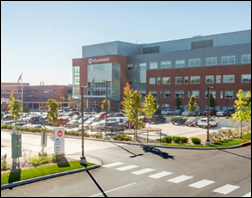 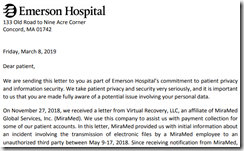 Emerson Hospital (MA) notifies patients of a data breach that occurred last May when an employee of its billing vendor, MiraMed Global Services, sent electronic patient files to an unauthorized third party. The hospital’s forensics team found the files to be of such poor quality that the data was likely not used in further malicious activity.

Documentarian Alex Gibney shares his experience developing “The Inventor: Out for Blood in Silicon Valley,” a Theranos documentary that will debut on HBO Monday night. A few highlights: