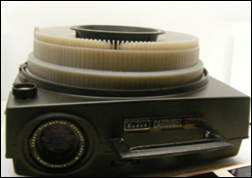 Due to bad weather, I was gifted a fairly quiet and unremarkable urgent care shift today. I definitely appreciated the time to allow my brain to play catch-up. Word of advice: if you get blackout drunk at a Mardi Gras party and wind up with a visibly deformed leg, I hope you have sober friends who can take you to the emergency department immediately. Waiting until the next day and then going to urgent care for your nine-way fracture isn’t going to be as helpful.

I’m working on a couple of projects, one involving creation of some new educational resources for an organization that is pursuing EHR optimization. It’s often difficult to figure out the best way to train people, and successful organizations will use multiple methods to ensure that everyone is receiving information in the way that best suits them. Those organizations also use frequent retraining to ensure the information is retained.

Out of all the organizations I’ve worked with over the years, only two had individuals with advanced training in adult education involved in the creation and upkeep of the training process. Too often, training is done “like we did it last time” and doesn’t take advantage of different types of media and experiences.

Some people are visual learners who are going to respond best to well-delivered presentations and written materials, often taking notes on the content. These folks may do well with classroom presentations as long as they’re organized and concise and have dynamic presenters that don’t bore the audience to death. Others are auditory learners who may also do well with a classroom format. Still others are kinesthetic learners – they need to touch, feel, and do to absorb workflows they are trying to learn. They do best in a lab setting. There are also variations on the various learning styles, including whether people learn better individually or in a group setting.

Too often leaders make assumptions about how their people should learn,  limiting the options that are offered and potentially to negatively impacting a subset of their users. Savvy organizations poll their users and see what kinds of training materials they would like to have.

LOINC recently surveyed their core users and the breakdown was interesting. Of nearly 500 users:

It would be useful for leaders to survey their users to see what kind of training is preferred.

Leadership should also be aware of the corporate culture and how different types of training will be received in the field. For example, one large health system I worked for decided that they didn’t want to expend the resources to bring everyone together for training. They decided to train via web meeting with people at their desks. Participants were not aware that the training team had attentiveness tools, including being able to see whether the window in which the presentation was occurring was the primary focus on the desktop.

Within 15 minutes of the start of the webinar, hardly anyone still had the session in primary focus, and of those who did, they were most likely multi-tasking based on the lag in their responses to interactive polling questions. Others never even signed in to the webinar because they were sidetracked in the office with the urgent issues that occur on a minute-by-minute basis. Had they been allowed to leave the office and attend classroom training, those interruptions and distractions would have been minimized. Needless to say, the training was a flop, and for our next upgrade, we returned to classroom-based training.

One of the things that bugs me the most is training sessions that lack of materials for the participants. Back in the days after the demise of the Kodak slide carousel and following the rise of PowerPoint, lecturers often handed out copies of their slides for attendees to take notes on. As we became more environmentally conscious, people stopped handing out copies, but this left students frantically scribbling and trying to capture concepts and ideas. Some presenters balk at handing out the slides before a lecture for fear that it will make the audience inattentive. This completely ignores the subset of learners that benefit from seeing an overview of material before they’re confronted with a deep dive.

For this new project, I’m working on the scripting that will be used to retrain physicians, including a compilation of the clinical scenarios that are the most relevant to each physician who will attend an in-person session. They will be experiencing a classroom portion followed by a lab, followed by time for individual questions and interaction with the trainers. All of the sessions will be recorded and we’re distributing the materials, both before the class and after. The slides that are sent before the class will allow people to bring a printed copy if they want to, and those distributed after the class will contain notes and annotations from questions and discussion held during the session. Not everyone wants a big shelf full of binders and manuals, but the reality is that some people still like hard copies.

The other project I’m working on is more creative in nature, a communication and marketing plan for a practice that is planning to launch virtual visits. They have decided to try to do them in-house using their EHR, which doesn’t have great telehealth functionality, but at least they’re willing to dip their toes in the water to see whether patients are interested in it. We’re putting together communications to make sure everyone in the office is aware of the project and the plan to launch it as well as the questions they will need to be able to answer when patients ask.

Figuring out the best way to market it to the patient population is also a challenge. The majority of them are tech-savvy, but will need some education on why they will be billed for a virtual visit that in the past would have been handled as an unreimbursed phone call. It’s been fun to come up with the flyers illustrating the difference as well as doing some role-play with the leadership to make sure they can articulate all the goals and objectives before we roll the materials out to the front-line staff. I’m enjoying working with people who are willing to lead by example and to roll up their sleeves instead of just delegating something this major to someone down the line.

A nice creative project helps get my brain working again after this long awful winter. Even though snow is still on the ground, I’m starting to feel like spring might finally be around the corner.