CEO Kevin Tabb, MD says in a Boston Business Journal interview that the organization will keep multiple EHRs and focus on their interoperability in the short term (Epic, Meditech, and homegrown) because post-merger is the worst time to rip and replace, but “it was always my belief, and is still my belief, that in the intermediate to long term, we will need to standardize on a system. But when and which one, I can’t tell you yet.” 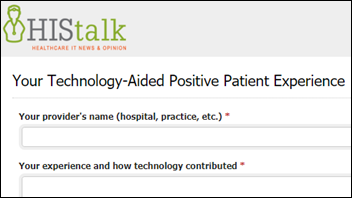 From No-Frills Rills: “Re: experience. I would like to hear examples of where your readers received fantastic patient care in which technology was involved.” I created a survey for readers to describe their technology-assisted positive patient care experience.

From Topicality: “Re: listing new sales. Why didn’t you list this vendor’s contract extension?” It’s not really a new sale when a health system decides not to fire a vendor by instead extending its contract. I consider it a sale when a customer upgrades from a vendor’s older product to their newer one since that requires a new contract and implementation (Soarian to Millennium, Magic to Expanse, Paragon to Sunrise, etc.) Otherwise, nobody other than the customer and the vendor cares.

From HIMSSanity Check: “Re: HIMSS19 exhibit hall. I agree with your poll respondents that it should be limited to pure health IT vendors.” I don’t agree, starting with the idea that the exhibit hall is “too big.” It is bigger than I would like, but HIMSS offers the supply of exhibit space that the market demands – vendors wouldn’t keep coming back and buying bigger booths if they weren’t seeing a return on investment (OK, the clueless ones would, but not forever). While I would enjoy not having to walk endless miles to see it all or even to find a particular vendor, it wouldn’t make sense for HIMSS to turn down the revenue that exhibitors are happy to pay. The exhibit hall is like a mall – the big anchor stores are intentionally placed far apart, smaller ones theoretically enjoy the resulting shopper traffic, and any company that doesn’t see value is free to let its lease lapse and spend its money elsewhere. Malls are struggling, though, as consumers have decided that they no longer value the orgy of chain-shopping or plopping their kids on Santa’s lap while mobilizing the hunt for a discounted Instant Pot, and it could be that conferences are also due some attendee recalibration. I’ve always been struck by people and companies who extol virtual visits and monitoring patients remotely, yet still spend their employer’s money to show up simultaneously at a distant location to discuss those very subjects without apparent irony. Here’s an idea – take three work-from-home days, eat and drink way too much while listening to the audio recordings of the educational sessions afterward and looking at vendor ads, and arrange a conference call with old industry friends as do-it-yourself networking. I’ll add one more point to my overly long dissertation – most of us say with honesty that we value the conference mostly for its networking opportunities, but we also expect vendors to foot the bill, which makes the exhibit hall the profit center whose equivalent (in more ways than one) is the casino of a Las Vegas hotel that you can’t avoid while enjoying everything it makes possible.

From Dojo: “Re: anti-vaxxers. Social media shouldn’t give them a platform. Pinterest has started blocking all searches for ‘vaccination.’” Our global problem isn’t that ill-informed and ill-mannered people have learned to use social media — it’s that our society has created so many ill-informed and ill-mannered people in the first place. Soul-sucking Facebook in particular is giving us a scary look into who’s out there (no wonder younger people are abandoning it in droves). The same person spouting vitriol on Facebook probably doesn’t do so in public, however, so the anonymity offered by social media fans those angry flames, mostly again because we aren’t collectively bright enough to avoid giving trolls the limelight they were justifiably denied when responsible people ran media outlets and thus controlled the podium. Those news outlets even make Facebook and Twitter the sources of their stories and then turn the comments of anonymous posters into follow-up stories, which is cheaper than hiring actual reporters to track down facts, especially when readers would rather be entertained than informed.

Only around one-third of poll respondents sent or received information by fax in the past year, with just one-third of those who did so saying that it was only for healthcare purposes. I’ll summarize as this – while most of us don’t use fax any more, it’s not just healthcare still using it. Respondent Foxy Faxxer is a clinician who gets faxes – often because nobody can figure out how to use Direct messaging – and has few alternatives since his or her university employer won’t pay for scanners.

That leads me to conclude that faxing is a reliable, free, no-training-required interoperability standard that everyone has agreed on, making it hard to create a business case for replacing it (especially for the sender, who doesn’t really care what happens on the other end). You would be impressed if you took away the “faxing is so 1990s” stigma away and envision a technology in which anyone, anywhere can send you documents of any size, at no cost to anyone, with next to zero work on either end, that can be triggered to automatically create documents from inside even proprietary systems such as EHRs, that arrive immediately and print themselves out into a common workplace in-basket, and that support asynchronous communication. Still, I can’t think of any cases in which I’ve used fax other than in healthcare, where the whole “print, sign, scan, and attach to an email” suggestion raises a contempt-filled “we don’t do that” from the person on the other end who clearly doesn’t care what customers think.

New poll to your right or here: What primary interoperability role should the federal government play? 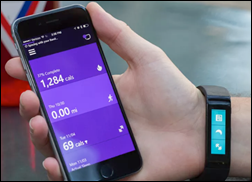 Microsoft will shut down Microsoft Band and Microsoft Health Dashboard apps and services on May 31, following discontinuation of its Band fitness tracker two years ago. The company is offering active users of the service a partial refund of the cost of their Band 1 and Band 2 devices. 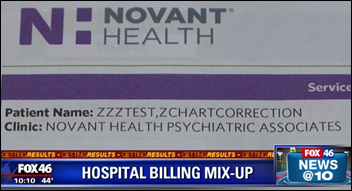 A Charlotte, NC man complains to the local TV station after a Novant Health nurse asks him puzzling questions about his huge weight loss, heroin addiction, and suicidal tendencies, after which started receiving large bills for services he hadn’t received. He finally discovered that his identity is tied to four patient profiles in Novant’s EHR, some of them bearing names such as “zzz test z chart correction,” suggesting that someone did their IT testing in the production environment.

BCBS Michigan paid its CEO $19.2 million last year, with the insurer adding that “we are keeping health care affordable to the best of our ability here in Michigan.”

In Australia, a hospital’s internal review concludes that “disjointed information flow” in its Cerner EHR, along with other factors, contributed to a newborn baby’s brain damage. A midwife entered a test result in the EHR that suggested pre-eclampsia, but the obstetrician didn’t see it because OBs use a different EHR view and the catch-all “results view” function wasn’t working correctly. The review also found that clinicians monitored the mother’s symptoms using the wrong assessment tools and that the regional clinic where she was first seen should have given her a paper copy of her record to hand-carry to the hospital. EHealth Queensland had previously issued a patient safety alert that warned obstetricians that the EHR’s labor progression monitoring module wasn’t working correctly and Cerner could not fix the problem, requiring the entire module to be turned off.

Everything that’s screwy about US healthcare, part 59. For-profit mental health and addictions provider Sovereign Health (which shut down last year over fraud accusations) sues insurer Anthem for sending checks for services received by patients to the patients themselves instead of to Sovereign, with many of those patients predictably pocketing the cash like it was lottery winnings instead of forwarding it on to Sovereign. Critics, which include the AMA, say insurers do that to punish out-of-network providers, while insurers say they have no contract with the out-of-network providers and therefore the checks represent true reimbursement to the patient and it’s the patient’s job to make good. A medical ethics professor concludes, “Only in our crazy, market-driven, bureaucratic mess of a system would we think about this kind of a solution … You’re going to be giving out these sums of money that a lot of people never see in a year and tell them their duty is to shift it over to the out-of-network service provider? You can’t be serious.” An attorney representing Sovereign said that sending piles of cash to people who are addicted, some of them who receive the check while still in rehab, is an invitation to disaster, not to mention that insurers don’t tell the providers that they’ve paid the patient. One patient received a check for $240,000 following a surgery. 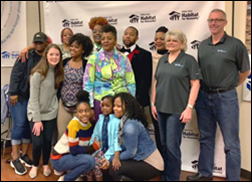