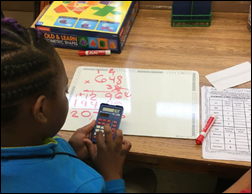 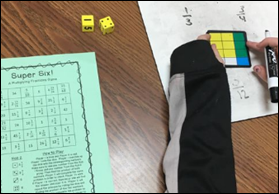 Readers funded the DonorsChoose teacher grant request of Ms. K in Indiana, who asked for math manipulatives and calculators for her fifth grade class. She reports, “My students are very excited about these fun new activities. We use them daily to play math games, explain and show different math processes, and even to check our everyday calculations. Having these hands on tools will allow my current as well as my future students to learn numerous math skills. Being able to visualize, draw, and understand these foundational math skills will allow these kids to become life long learners and the future leaders of America!”

The Internet lit up this week with endlessly retweeted “news” that scientists in Israel have confidently predicted that they will develop a cure for cancer within a year with a “cancer antibiotic.” The coverage proves that even news sites will run anything that draws clicks, actual journalism is basically dead for lack of demand and the real goal is to be first rather than best, and that consumers have no ability to realize they’re being misled. The holes in the story are ample: 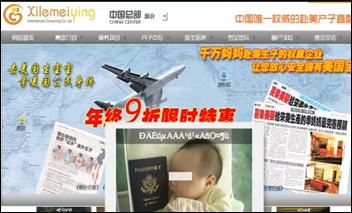 Federal authorities arrest three people for running “birth tourism” companies that charge wealthy, pregnant women who are Chinese citizens big money to bring them to the US for delivering their babies in hotel-like birthing houses, which under US law makes the babies immediate US citizens. The company’s websites pitched customers that their children could get US government jobs, free education through high school, and Social Security benefits even when living outside the country. The companies told the women to lie on their visa application, wear lose clothes through customs to hide their stomachs, list their destination as the Trump Hotel in Honolulu to improve their chances of being ignored by immigration officials, then fly to Los Angeles to deliver. One couple paid a hospital its indigent care rate in cash, then hit Beverly Hills for a shopping spree at Rolex and Louis Vuitton. Sixteen of the 19 people who were charged were clients who ignored court orders to remain in the US to assist with the investigation. They also skipped out on their hospital bills. Estimates suggest that up to 36,000 Chinese citizens have babies in the US each year.

Non-profit dental insurance company Delta Dental takes heat for paying its CEO $14 million (until they fired him for having an affair with a subordinate), paying its top 10 executives more than $30 million, flying board members and their families to Barbados for company meetings, and planning to acquire a for-profit competitor. Dental insurers are minimally regulated, with no requirement that they spend a specific percentage of revenue on care, and are exempt from paying federal income tax. The company gave the excuse all non-profit healthcare companies use when caught lining executive pockets  – we have to pay well to attract top talent to benefit patients and we use outside companies to make sure pay is appropriate.

Shriners Hospitals for Children will stop offering inpatient care for children at five of its 20 hospitals, saying fewer patients need care of that level of complexity. 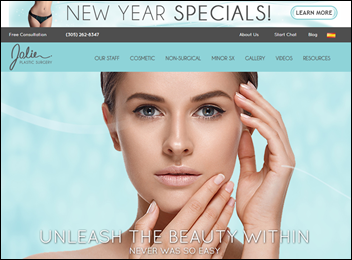 A Miami plastic surgeon’s nationally marketed cosmetic surgery practice – located in a strip mall and offering discounts and payment plans to working-class Hispanic and African American patients – has had eight patients die after botched cosmetic procedures performed in assembly-line fashion. The owner had previously lost his license for allowing unlicensed employees to perform surgery and had changed the business name several times over the years.

A pain management doctor pleads guilty to stealing the IDs of his patients to obtain opioid prescriptions for himself. 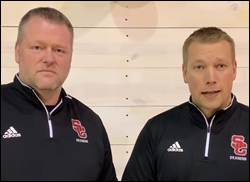 A reader sent a link to something that has zero to do with health IT, but is cool (no pun intended). A Michigan school superintendent and a high school principal create a fabulous snow day announcement, featuring amazing acting, humor, and singing to the tune of “Hallelujah.” Surprised by their video going viral, the talented duo followed up with another vortex-related video, this one set to “Frozen.” I could watch these guys all day.