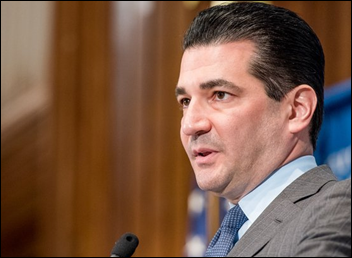 FDA Commissioner Scott Gottlieb, MD says in an address to the Bipartisan Policy Center that “digital technologies are one of the most promising tools we have for making healthcare more efficient and more patient focused.”

He added that streams of real-world data from EHRs, devices, and medical claims can provide important safety and effectiveness information beyond randomized controlled trials.

Gottlieb says that adding real-world data into regulatory quality programs is a “key strategic priority for the FDA.”

Filling in your HIMSS19 dance card? Check out what HIStalk’s sponsors will be doing there in “HIStalk’s Guide to HIMSS19” (online) or downloadable as a PDF file here. Spoiler: they will be doing presentations (with customers in many cases), cocktailing, donating to worthy causes for each booth attendee, and giving stuff away. 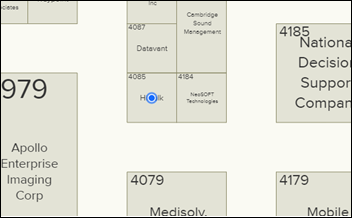 Also for your HIMSS19 list, please drop by our unbelievably tiny and sparsely furnished booth (#4085), perhaps multi-tasking by swinging by on your way to the adjacent restroom. No swag, no BS, just Lorre (who’s stuck solo in there all week) saying hello and the usual cadre of really cool industry people who seek us out. We have nothing to sell and little to give away, although I expect that our friends at Arcadia will again provide the ever-popular conference first aid kits. 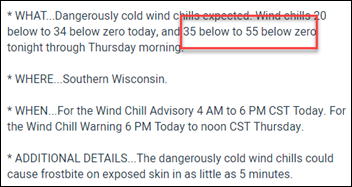 Perhaps you’ve basked in the verdant Wisconsin summer moments between sessions of Epic training or UGM, fantasizing about drowsing away an afternoon in the company treehouse or spending a lazy day baring souls with Judy over Chardonnay (a milkshake in her case) in a swing chair as the Epic herd grazes contentedly below in the fragrantly rolling fields. Visitors this week will instead be dashing dangerously from bus to building, appreciating only the geothermal heating and the countless fireplaces that adjoin training rooms. Many of us aren’t thrilled about going to HIMSS19, but Orlando’s blue sky and green grass with highs in the mid-70s are probably sounding pretty good right now to Epic employees as they watch their exhaled breath shatter.

Speaking of weather, the AP Stylebook reminds me of yet another pet peeve, this one involving immaculately coiffed TV weather celebrities. It’s the weather that gets warmer, not the temperature (temperatures, or “temps” as they sometimes say, merely increase). I watch zero broadcast TV except when I’m stuck somewhere, but I’m always amazed at (a) the near-ubiquity of “scare weather” intended to keep people panicked in tracking the steady march of certain Armageddon in the form of a few minor impending flurries or sprinkles; and (b) milking what should be a 10-second update (temperatures now and for the next couple of days, chance of rain or snow) into a grinning, gesticulating, graphics-heavy spiel that lasts several minutes as advertisers wet themselves from excitement. I’m also puzzled (not quite annoyed since I haven’t figured it out) by the suddenly rampant use of the word “inform” in odd ways , such as “to inform product strategy.” 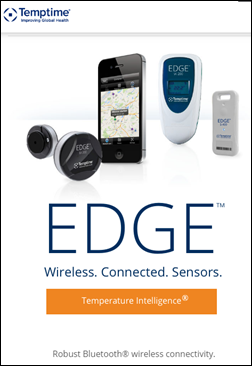 Philips will try to dodge trade war tariffs by swapping production to and from the US and China in the first half of 2019. An analyst likes the company’s recently reported numbers, but says that “Connected Care & Healthcare Informatics was, like previous quarters, well below expectations.” 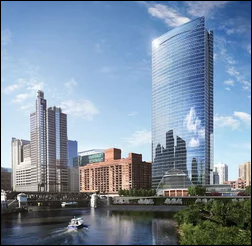 Interesting: the merging Catholic Health Initiatives and Dignity Health (set to become CommonSpirit Health this week) operate hospitals in 21 states, but none of them are in Illinois even though the combined organization will have its headquarters in a fancy office building on Chicago’s West Loop. A CHI spokesperson says the Chicago office “will house the office of the CEO” even though the 150,000 widgets of production will stay in their non-Illinois trenches. That’s not the stupidest part of the new organization’s plan – the CEOs of both merged organizations will become co-CEOs of the new one, a democratic mess that always results from mergers that one side won’t approve if the other side gets the big chair or more board seats. Co-CEO Kevin Lofton (paid $6.8 million by CHI in the most recent tax year) sits on the board of a drug company and Rite Aid, while Co-CEO Lloyd Dean (his side of the “ministry” paid him over $10 million last year) serves on the board of McDonald’s, so they can do their business stuff far from paying patients. The non-profit, merged ministry’s 140 hospitals will crank out an unholy annual revenue of $28 billion. While I was poring over tax records, I noticed that former Dignity CIO Deanna Wise outearned some of the hospital presidents at an eye-popping $2.3 million for the most recent tax year, eclipsing her CHI counterpart Michael O’Rourke’s $1.3 million. Deanna’s new employer Banner Health paid her CIO predecessor Ryan Smith around $900K.

Patient scheduling website Zocdoc will start charging physician subscribers for each new patient who books an appointment, abandoning the flat-priced subscription model that has been in place since 2012. One dermatologist says that a new patient appointment will cost him an unsustainable $35. The CEO of the Jeff Bezos-backed Zocdoc helpfully advised that half of New York subscribers would pay less (meaning that .. well, it’s pretty obvious) and adds this insultingly dumbed-down excuse as to why the fee structure the company itself developed now makes no sense since it leaves money on the table: “Providers who receive a greater volume of bookings from our Marketplace have benefited the most from this flat fee structure. However, it has been a less sensible economic decision for the many providers who received fewer bookings via our Marketplace.” Punishing your best customers isn’t usually the soundest business strategy.

Apple reports Q1 results: revenue down 5 percent, EPS $4.18 vs. $3.89, beating expectations for both. The company has stopped reporting individual product unit sales that would likely be embarrassing in the case of the IPhone, whose sales revenue dropped 15 percent year over year, a situation Apple blames on China’s economic uncertainty instead of offering a premium-priced product in a commoditized market. Services revenue was flat at $10.9 billion, representing  13 percent of total revenue.

A former IBM VP says the company fired her after she warned her bosses that their layoff plans would expose the company to age bias lawsuits. She also says she ordered to ignore the federal government’s request to provide the names of those employees over 50 who were laid off from her Nevada business unit as the company attempted to “correct seniority mix.” Catherine Rodgers offers a simple way to resolve the issue: “IBM is a data company, Release the data.” 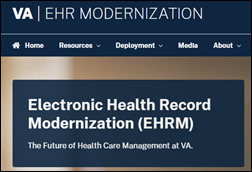 Walgreens will pay $209 million to settle federal charges that it defrauded Medicare and Medicaid by dispensing more insulin pens to patients than their prescriptions called for, falsified claims information, and programmed its pharmacy computer system to prevent its pharmacists from dispensing less than a five-pen box regardless of the quantity actually ordered.

Facebook blocks crowdsourced tools that allowed journalists and the public to see how its advertisers – especially those running political ads — target users. Facebook says the change was necessary to protect user privacy under its terms of service.

Singapore’s Health Ministry says the medical records of 14,200 people with HIV were posted online by a previously jailed and deported American who had lied to officials about his own HIV status. Authorities think the information was obtained by the man’s lover, a doctor who formerly headed up a public health unit until he was fired for submitting his own blood samples so that his partner wouldn’t be fired. 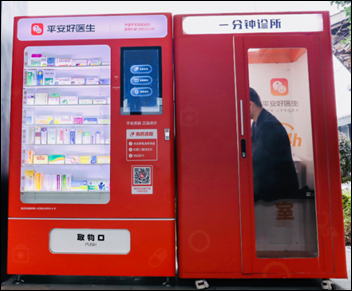 China’s Ping An Health Medical Technology Company installs one of its unstaffed “One-minute clinics” (they don’t really pay attention to US trademarks like MinuteClinic over there) in a highway rest stop, offering drivers and passengers medical advice and prescription drugs that have been “cryogenically refrigerated to ensure their quality.” It’s basically a drug vending machine attached to a Porta Potty-like telemedicine booth. “Cryogenic” actually means using temperatures lower than –238 degrees Fahrenheit, which if the announcement were true would be great for those who enjoy watching liquids explode.

Stanford researchers, including iconoclast John P. A. Ioannidis, warn that healthcare “unicorns” like Theranos often have not published peer-reviewed studies to prove their claims, reiterating a previous definition of “stealth research” in which seemingly brilliant ideas are packaged within aggressive corporate announcements and mass media hype rather than any forms of transparency, accountability, and credibility that might help identify investment thesis holes that range from irrational exuberance to outright fraud.

In Australia, a newspaper’s investigation finds that Queensland Health’s Cerner ieEMR EHR project continues to struggle with mislabeled specimens, missing data, medication errors, and vanished test results. Clinicians in critical areas such as ICU and anesthesia are struggling most after replacing their best-of-breed products. Cost has risen from the original 2017 estimate of $428 million USD to nearly $1 billion today,. Cerner was given a no-bid contract for the project. EHealth Queensland is under investigation by the Crime and Corruption Commission.

Also in Australia, SA Health will make immediate changes to its Allscripts-powered EPAS project — including applying an upgrade and “rebranding” the system – after an external report criticizes the project’s lack of accountability, poorly articulated clinical benefits, underuse of expert consultants, and lack of physician involvement. The government advocates starting over at two sites to decide whether keep Allscripts, also indicating that it will scrap the billing module for a system specifically built to meet the needs of hospitals in Australia. The project has consumed $229 million of its budgeted $301 million at the 25 percent completion mark. Politicians are arguing whether the software or the implementation is the problem and whether changing the project’s name is just a way of saving face.

You would think marketing people would know how to craft a message that doesn’t instantly make the rest of us roll our eyes, but Illinois Medical District innovation community decides that “launching a new brand identity” is newsworthy, bragging on its “clear, concise, and arresting new creative assets” and reiterating that it offers “the full suite of new branding assets” (the announcement gratingly uses the word “assets” four times in six paragraphs). Change your brand identity all you want, but expect universally negative reaction for thinking that (a) it’s important news; and (b) an announcement is necessary at all, no different than someone issuing a press release touting how much better they look after finally getting new clothes. 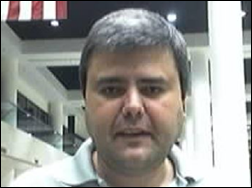 A new book tells the story of Paul Le Roux, a South African computer programmer who made hundreds of millions of dollars selling opioids and other prescription drugs to US customers without ever setting foot here, dealing with small-town accomplices (doctors and pharmacists) who solved his “last mile” problem for cash as customers found his online pharmacies via paid search engine ads. His cartel was run from a laptop, openly publishing pharmacy websites whose ownership was obscured by the domain registrar and servers that be created himself. He branched out into dealing arms; created a fleet of yachts, planes, and drones to move hard drugs around the world; set up his own militia in Somalia; bought gold and laundered money; and hired mercenaries to collect money and kill opponents. He was caught by the DEA in a sting operation after a 10-year investigation by young Minneapolis DEA diversion investigator named Kimberly Brill. This “Breaking Bad” type story has Netflix written all over it.

A woman sues a hospital, claiming that she gave her permission to turn off life support for her brother, only to find that the patient she had been visiting for days was someone else with the same name and similar appearance. Family members gathered to say goodbye to Fred Williams as he died, only to find out as they were making funeral arrangements that their Fred Williams was actually in jail for assault — they had authorized pulling the plug on someone else’s Fred Williams.