I love the people who call MUMPS old, but fail to acknowledge that macOS and iOS are based on UNIX, which is also ancient. Yet no one criticizes Apple for building an empire on dinosaur technology. (I know this, it’s a UNIX system!)

If any EHR company is going to be bought, chances are likely it would be Cerner, not Epic. Judy wouldn’t let that happen until she has moved on. On the other hand, now that all three founders of Cerner have moved on (God bless you NP), Cerner is ripe for acquisition, as it has been rumored for years. I would think Apple, Oracle, or Amazon would be the most likely candidates. Not to mention Cerner’s architecture is a bit more compatible, if you will, to those companies. If Epic were ever for sale, which again probably would never happen, would an Apple/Amazon want to purchase a system whose architecture is MUMPS based? (Associate CIO)

HIMSS doesn’t need any help in finding new ways to gouge vendors out of more money. For years now vendors have seen diminishing returns on their massive investments to attend. Having a booth has become fairly pointless as they attract typically current customers and not new. Decision makers do not circulate around the exhibit hall like they used to. It is important for attendees to remember that there is no HIMSS convention without the tens of millions invested by vendors. Do them a favor and visit their booths, otherwise, I see more and more vendors opting for other conferences. (GenesRFree)

There’s also zero evidence in any of the studies cited that government requirements are the factor contributing to burnout. You can speculate, but they just tied together a lot of disparate information in an attempt to sound knowledgeable about industry trends. They also ignore the conclusions in the same surveys which point out the benefits of EHRs. (Boring)

What has always amazed me is that HIMSS was quick to take your money, yet offered little or no help in how to get an ROI out of a very expensive ordeal. What they offered was was some pretty basic guidance (do’s and don’ts) that did not amount to much. What is needed is some in-depth advice on what to do before the show, during the show, and more importantly AFTER. Seems like maybe that could be another revenue avenue for them. They do like revenue, right? (Frank Poggio)

Life was more interesting with Neal at Cerner, Jonathan at Athena, Glen at Allscripts, and Rich at IDX. HIT has lost passionate and interesting leaders. We still have Judy. (xCerner xAllscripts xIDX) 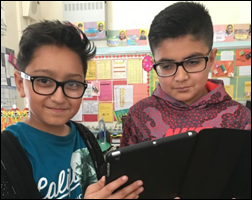 Reader donations funded the DonorsChoose teacher grant request of Ms. S in Los Angeles, who asked for an IPad to run Lego Mindstorms programmable robots in her after-school technology club. She reports, “The IPad helped us link to product videos, building challenges, downloads, and support pages for the kids. Having an additional IPad in the after-school technology club has helped more students access the curriculum for STEAM learning. We are always short on technology and this new additional piece of technology lets me divide the students into smaller groups and allows them to be independent learners and resourceful. I have now become more of the facilitator because the kids have taken on the responsibility of acquiring their own learning. So from the bottom of my heart, I sincerely want to thank you for your generosity.”

The nursing part of Pennsylvania’s PALS online licensing system goes down, leaving healthcare-related graduates unable to take jobs because employers can’t verify their credentials. The state says it has fixed the problem with legacy system EppiccNurse, which it will replace this year. The system was developed by the Pennsylvania State Board of Nursing to link schools with the Board to communicate pre-licensure activity. 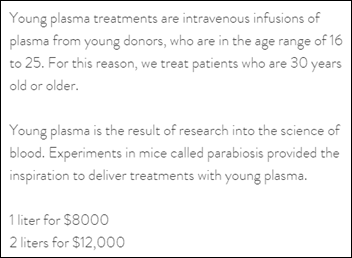 A startup that charges older people $8,000 for a transfusion of young-person blood claims to be up and running in five cities and now takes PayPal for online payments. Experts are doubtful and clinical evidence is non-existent, but the company slides under the FDA radar by offering normal blood transfusions with off-label indications. Ambrosia Health Founder and CEO Jesse Karmazin earned an MD from Stanford, joining what seems like every Stanford medical school graduate in doing something sexier and more lucrative than actually seeing patients after taking up a class spot.

ABC says its upcoming documentary on Theranos called “The Dropout” will include footage of the courtroom depositions of founder Elizabeth Holmes. 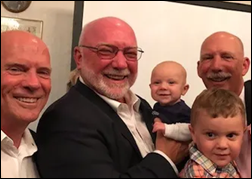 An executive of White Plains Hospital (NY) dies in the hospital where he had worked for 40 years after collapsing while giving his retirement speech. Ossie Dahl was 64.

A case study in the Irish Medical Journal describes a man with a subcutaneous abscess whose “innovative” method of self-treating his chronic low back pain was to inject himself monthly with his own semen. I’ll admire my own restraint in letting it go at that.