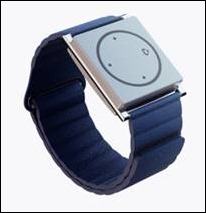 The US Food and Drug Administration has cleared the Embrace smart watch from Empatica for seizure tracking in children as young as six. The watch detects signals associated with generalized tonic-clonic seizures and alerts caregivers. Embrace had been approved for adult use last February, but the extension for children is a big plus for parents. The watch had a 98 percent accuracy rate for detecting seizures during clinical trials.

A Special Communication published in the Journal of the American Medical Association addresses the growth in medical marketing. From 1997 to 2016, medical marketing grew from $17.7 billion to nearly $30 billion, with direct-to-consumer messaging as the most rapidly-growing spending segment. Consumer-facing ads grew from $2.1 billion to $9.6 billion during the period. This includes $6 billion for direct-to-consumer ads for prescription drugs, a total of 4.6 million ads including over 663,000 TV commercials. Since 1997, there has been more than $11 billion in fines for deceptive marketing practices.

I certainly wouldn’t mind going back to the days when we weren’t peppered with ads for erectile dysfunction drugs and treatments for rare cancers while catching the evening news. The piece also addresses non-drug-related medical marketing such as disease awareness campaigns, noting potential harms caused by “medicalizing ordinary experience and expanding disease definitions without evidence of net benefit.”

The American Academy of Family Physicians (AAFP) is responding to the recent CMS proposed rule revising Medicare Advantage regulations. Although AAFP supports the use of telehealth technologies, it disagrees with the CMS plan to allow telehealth providers to count towards a plan’s network adequacy requirement. It proposes that only telehealth providers who also see patients in person should be counted in the payer’s network. AAFP encourages CMS to protect patients from “an encroachment of direct-to-consumer telemedicine not coordinated with the beneficiaries’ usual source of primary care.” AAFP has partnered with telehealth vendor Zipnosis to provide a platform for members who want to deliver their own virtual services.

CMS is at it again, renaming things for no good reason. This time they’ve proudly announced the launch of the “new design for the CMS QMVIG Updates (formerly eHealth) listserv.” I had to dig through the entire email to figure out what QMVIG even stands for – apparently, it’s the Quality Measurement and Value-Based Incentives Group and it is part of the CMS Center for Clinical Standards and Quality. QMVIG is responsible for programs on meaningful measures development, health information technology, and quality compare programs.

The email made a point that “only the name and look of the listserv has changed.” During a government shutdown that is negatively impacting thousands of people, I’d think CMS would have priorities other than rebranding listservs. The January Health IT Advisory Committee meeting has been canceled as part of the shutdown and we won’t be seeing any interoperability rules since that task force was canceled as well.

I had the opportunity to use a different EHR this week and was surprised to see that the Body Mass Index (BMI) calculation was displaying to four decimal points. BMI is calculated based on a patient’s height and weight. Although it’s conceivable that if you measure height to the quarter inch and weight on a digital scale you might get those decimals in the calculation, it’s still distracting to see them since they’re not clinically significant past one decimal point. It’s just one more example of the noise that we see with the EHR. In a paper chart, most of us would have rounded it and called it a day.

The EHR had several other annoying features, including a laboratory results display grid that indicated results were “abnormal” instead of “out of range.” This led to additional discussion with patients as I reviewed their results so that they understood the values weren’t truly “abnormal” or anything to worry about. It also had a single blood pressure field that was free text rather than separate systolic and diastolic fields restricted to appropriate values, leading to staff keying things like 1400/80 and 12090. I’m glad I don’t have to use it on a daily basis. 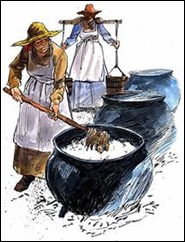 Being a CMIO isn’t always about the glamorous world of healthcare IT. Sometimes we’re pulled in by other medical leaders to help put data behind a pesky problem. Such was my lot this week when I was asked to gather some data about effectiveness of commercial laundry processes, particularly with our laundry vendor, after our COO read this article about pathogens surviving the wash cycle. After poring through some data, I’m thinking that I might want to investigate a laundry kettle for my own personal use to make sure I’m not tracking anything home on my scrubs.

While researching disinfection protocols, I came across this article discussing the presence of drug-resistant superbug MRSA on ambulance oxygen tanks. Disinfecting the tanks isn’t part of our standard office checklist, but maybe we should add it to the weekly task list.

Speaking of to-do lists, I’m finally starting to get serious about my HIMSS preparations, confirming my actual travel dates and letting my unneeded hotel nights go back into the available pool. I learned my lesson the hard way a few years ago when I waited too long and couldn’t get a booking for my preferred dates and had to leave early. Now, I book a room as soon as the attendee block opens and book it for the entire block, then adjust it in January once I know what my plans are. I have to say I’m a bit envious of exhibitor reps who have their rooms at closer-in hotels booked by corporate meeting planners.

Sadly, I will be attending HIMSS without my trusted Ringly bracelet. I recently got a new phone and couldn’t get the Bluetooth to connect. When I tried to troubleshoot it, I learned that Ringly folded last January after four years in the wearables business. I enjoyed having a functional piece of jewelry that helped me manage my technology without being obnoxious – the color-coded LED blinks and vibration notifications were enough for me. My current Garmin watch can do a lot more than the Ringly, but it lacks the class and elegance. It also lacks the ability to filter notifications like the Ringly did – I could set it to only alert me to texts, emails, and calls from my inner circle rather than letting everything through. Farewell, Ringly as technology, although I’ll still keep you in the bracelet rotation.

What’s your favorite piece of wearable technology? Leave a comment or email me.