CEO Andrew Conrad says that the money will prepare the company to “execute as healthcare continues the shift toward evidence generation and value-based reimbursement models.”

From Dr. Demento: “Re: Annals of Internal Medicine article on machine learning and inequitable treatment. I’m wondering how you’ll respond to these, especially the editorial.” The article says that because machine learning analyzes historic data, it will perpetuate longstanding health disparities that are based on racism and classism, an issue that has arisen in other areas such as trying to predict which citizens are likely to commit crimes. The article provides a healthcare example of using ML to predict patient deterioration, which might underrepresent African American patients who were treated differently, or discharge care planning that might place too much emphasis on patients from high-income ZIP codes since they have more control over discharge conditions such as transportation, home meds, etc. I see the potential problem, but all aspects of life contain certain assumptions and biases and it’s asking a lot of a machine to somehow iron them out even though we ourselves are usually unaware of them. There’s also the issue of whether a machine is being “unfair” when it makes observations that may or may not need to consider social determinants of health instead of simply making a recommendation that works for most people. I’m all for being aware of these issues and fine-tuning the algorithms accordingly, but ML has to reflect an inherently unfair reality (see: Flint’s water crisis). I worry more about it drawing incorrect inferences because, like the humans that oversee it, the technology can’t always distinguish between correlation and causation. The bottom line is that humans should always be managing the machine, second-guessing it, and demanding transparency into how it arrives at its conclusions because we’re the adults in the room. Expecting a machine to be less biased than the human history it learns from is a nice idea and worth keeping in mind, but we’re probably a long way from making that the most important issue in machine learning.

HISsies ballots went out via email Thursday morning to readers who subscribe to HIStalk updates and have recently clicked the link to read new posts. 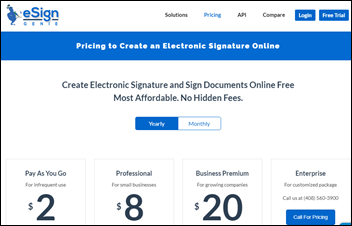 I’ve lamented lately that healthcare providers rarely use electronic signature platforms such as DocuSign to process emailed forms, clinging instead to mailed paper copies and faxes. I received an emailed contract for a family event this week sent via ESign Genie – it’s just $8 per sender per month. It’s probably naive to think that just because providers could improve their own efficiency, delight their customers, and improve their records retention for just $8 per month that they will actually do so, but at least we customers know that if they don’t, they simply don’t care what makes life easier or better for us.

Medsphere acquires supply chain vendor HealthLine System a few weeks after raising $32 million that it said would be used for acquisitions.

Epic expands sales to include dentists and life insurance and diagnostics companies as VP of Population Health Alan Hutchison says the company is “moving beyond the walls” as it seeks to create – and dominate – the single repository space for patient health data. Hutchinson adds that the company is also in talks with assisted-living and nursing home facilities.

Apple drags the stock market down after lowering revenue guidance, which the company blames on poor sales in China due to that country’s economic problems and its trade war with the US. Analysts noted that despite Apple’s blaming the Chinese economy alone, the market for expensive phones is falling apart everywhere and consumers are pushing back against the “Apple tax” in which they faithfully line up every year to pay a premium for a commodity product. AAPL shares dropped 10 percent Thursday and the company is now a long way from its recent trillion-dollar valuation, as share price has dropped nearly 40 percent since early October. 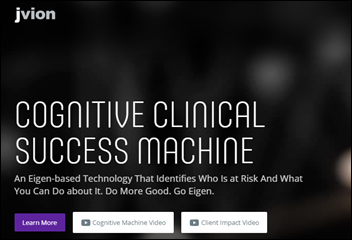 Jvion raises a growth equity investment of an unspecified amount, led by JMI Equity. The Atlanta-based company, which last raised $9 million in 2016, seems to have evolved from a coding optimization and analytics vendor to “the market leader in healthcare AI.”

A fascinating ProPublica article looks at the forced “retirement”of older employees, noting that more than half of American workers over age 50 leave jobs because of their employer’s decision, not their own, imperiling their financial planning for retirement. Notes: 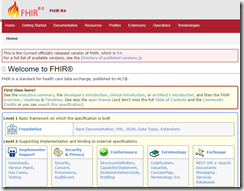 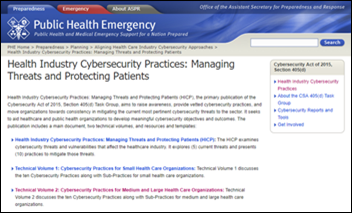 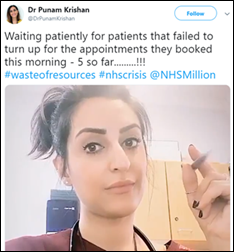 An NHS provider’s tweet lamenting a string of no-show patients goes viral in England, prompting many to suggest that patients be fined for missing appointments. NHS data show that missed appointments cost the national service $273 million each year and result in over 1 million wasted clinical hours. 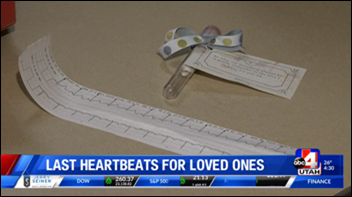 Nurses at Intermountain Medical Center in Utah comfort grieving families with printouts of their loved one’s last EKG enclosed in a tube with a note that reads, “May my heart be a gentle reminder of the love I have for you.”

Eric Topol, MD pokes fun at the hype surrounding wearables, a timely observation given the many people who will likely spend the next few weeks addicted to their devices as they struggle to maintain what will soon become short-lived New Year’s resolutions.

This question never seems to go away – is it OK that Epic (reading between the lines here) has a reputation of bringing its legal muscle to bear on anyone who uses a screenshot of its software in an research article, especially if the screen in question was built or customized by a customer? Epic, despite being full of nice people most of the time, is somewhere between rigorous and paranoid in sending the lawyers after anyone (even a customer) who says or writes basically anything about Epic’s contracts, products, project management methods, training materials, or documentation outside of an Epic-controlled environment. If you have experience with this as a provider either way, let’s hear your story.

A couple sues OB/GYN John Boyd Coates, MD after discovering that he, rather than an anonymous sperm donor, is the father of their 41 year-old daughter. The discovery came to light after their daughter received results from a consumer genetics test. Coates delivered the baby girl himself in 1977.