I mentioned being tired from seeing patients the day after Christmas. Now that we’ve done our month-end close, I know why. We broke our own record and saw nearly 1,300 patients that day, 70-something of which were on my schedule. It truly takes a village to be able to care for that many patients and I’m grateful that my practice’s leadership believes in systems-based care and building teams so that they can run like well-oiled machines. The Centers for Disease Control lists nine states as having high flu activity and another 11 with widespread activity, so it might be a long winter.

This article in the Journal of the American Medical Informatics Association caught my eye with its title: “Cranky comments: detecting clinical decision support malfunctions through free-text override reasons.” I’ve done my share of chart reviews where providers have entered interesting comments when faced with an alert, so I was eager to read more. The authors looked at their database to identify those clinical decision support rules that had at least 10 override comments. The comments were classified into three categories based on whether the user felt the rule was “broken,” “not broken, but could be improved,” or “not broken.” They also looked at the comment frequency and a “cranky word list heuristic” to rank the rules based on the override comments.

Parsing the comments uncovered malfunctions in more than a quarter of all the active rules in the system, which was higher than expected. The authors recommend that “even for low-resource organizations, reviewing comments identified by the cranky word list heuristic may be an effective and feasible way of finding broken alerts.”

For those who are curious, representative override comments included items such as “you are stupid,” “stupid EPIC (sic) reminder,” and comments with many exclamation points. Other cranky words include: dumb; idiot; please stop; why; misfire error, epic, and wrong. The authors note that “swear words were originally included but are omitted from this list because they did not yield comments. Other organizations may wish to include them.” 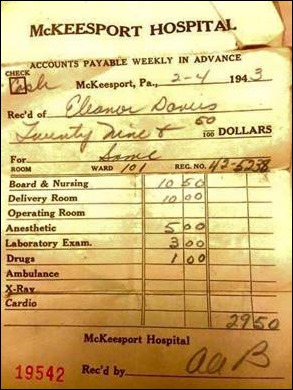 I’ve heard a fair amount of chatter among physicians regarding the new rule that starting this month in which all US hospitals must publish their price lists online in a downloadable format. Nearly everyone I’ve heard from agrees that having the charges isn’t terribly helpful. What one would really need to know is the negotiated rate between the insurer and the hospital. Alternatively, knowing the hospital’s self-pay discount might be helpful.

Hospital lobbying organizations are concerned that patients might forego care if they see prices that are too high, not understanding that most services are discounted. Of course, there’s nothing stopping hospitals from publishing that data, but we’re not likely to see it soon. I poked around on the websites of the local health systems and within their patient portals but haven’t been able to find anything. I’d be interested to hear from readers who may have actually downloaded one.

On the flip side, CMS has put forward a proposal to require pharmaceutical companies to publish Medicare and Medicaid prices for drugs featured in TV ads. Physicians I’ve talked to are supportive of that idea, and many would like to see TV advertising of drugs eliminated completely. I don’t usually watch broadcast TV, but was exposed to it over the holidays at relatives’ houses. There certainly are a lot of drug ads out there and some of them aren’t even clear on what condition the drug is designed to treat or which patient population is being targeted. Print ads aren’t much better, and even some of the ads in physician trade publications are confusing.

At the beginning of every year, I do some general office housekeeping tasks, including updating my filing and accounting systems for the year and making sure all my recurring calendar appointments are in order. As I was paging through the weeks, I realized that HIMSS is just around the corner and I’m feeling like the next month is really going to be a crunch. I have some serious shoe shopping to do before then, along with breaking in any new purchases. My favorite pair of “trade show shoes” met its demise last year and finding just the right kicks to get me through hours and hours of the exhibit hall will be a challenge. Advance registration discounts end January 14, so if you’re planning to go but haven’t registered yet, you can still save a few bucks. 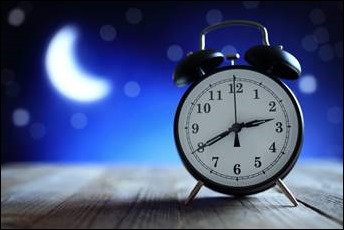 Working in healthcare IT has been a great way to meet people who work non-traditional hours. Some people make their employment choices based on their enjoyment of overnight shifts because it suits their personalities as “night owls.” Telemedicine and teleradiology have opened up additional options, which has led to the need for support personnel covering the physicians who are staffing those shifts.

I spent some time working at an observatory and know that I do well on the night shift, but only when I can completely tweak my schedule to support it long-term. The occasional night shift kills me. The New York Times recently ran a piece about businesses that are encouraging their employees to work at periods of maximal wakefulness as a way to boost productivity and to help avoid safety incidents due to fatigue.

The US Navy recently migrated the traditional 18-hour submarine schedule to a 24-hour one, and other companies are allowing employees to select day or night shifts based on their preferences. Working remotely can help as well. I know I’m more productive when I work in focused blocks of time outside of the office and having even a 20-minute nap in the afternoon makes a huge difference for me. That’s supported by the “window of circadian low,” which forecasts a midafternoon dip in wakefulness for most people, as mentioned in the article.

The piece mentions strategies employed by pharmaceutical manufacturer AbbVie, where employees go through a nine-hour program to identify their best times for creativity vs. low-energy tasks. Employees are encouraged to mesh their work and professional lives to harness those periods as well as to work around family commitments, leading to a dramatic increase in employee satisfaction with work-life balance. I’ve worked in several clock-punching organizations where even salaried employees were expected to put on a show of being at their desk at certain times regardless of whether they were actually doing anything productive.

Has your employer done any investigation into harnessing people’s most productive periods during the day? Leave a comment or email me.