A ProPublica report finds that the so-called “Mar-a-Lago gang” of three wealthy supporters of President Trump reviewed the VA’s proposed $10 billion Cerner contract before it was signed even though none of them had healthcare IT or military experience, naming themselves as an “executive committee.”

The physician member of the group, Bruce Moskowitz, also pressed the VA to use his self-developed ED locating app instead of collaborating with Apple. He named his son as the VA’s point person for the proposed project that was eventually abandoned.

The group reportedly got VA Secretary David Shulkin fired for being inadequately deferential to them.

From Avenel Can’t Save This Trainwreck: “Re: Allscripts. Confirming that at least 250 were laid off, 40 of them from sales. Paragon and HHS support to be offshored. Closing offices and laying employees off is necessary because the company has a debt problem.” Unverified. I didn’t see a WARN notices, so perhaps the company is closing offices and offering transfer opportunities to those displaced, meaning that the resulting intentional attrition isn’t technically considered to be a layoff. With regard to your debt observation, I looked up the debt-to-equity ratio of these publicly traded health IT vendors (lower numbers are better):

From Smattering: “Re: consulting. Can all these health IT people really make a living as independent consultants?” It should be obvious from the LinkedIn profiles you sent that “consulting” is a euphemism for “desperately seeking a full-time job.” Offering to consult isn’t the same as actually earning a living as a permanent consultant. I suspect that quite a few formerly high-flying health IT executives have been shocked to find that their consulting services were in low demand once they lost their purchasing influence, especially since it’s obvious that a sudden urge to become a consultant coincided with being unceremoniously shown their employer’s door. Reading LinkedIn profiles can be depressing. 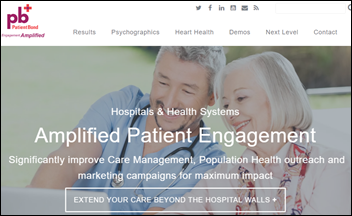 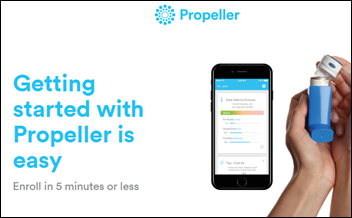 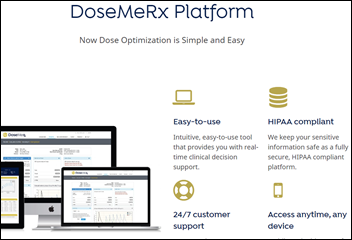 Meditech acquires its London-based partner Centennial Computer Corporation as part of its creation of Meditech UK.

I was barely interested in McKesson even before it bailed on health IT, but for those who still care, the company will relocate its global headquarters from San Francisco to Las Colinas, TX. Not shockingly, that’s where the company’s incoming CEO Brian Tyler lives (and where costs are much less). Pretty much every place I’ve ever worked that changed office locations ended up near the CEO’s opulent house since the commute time of that one person outweighs that of hundreds of employees despite HR’s claim that its ZIP code analysis makes that location best for everyone.

Athenahealth files the SEC notice of its shareholder vote on the company’s proposed acquisition by subsidiaries of Veritas Capital and Elliott Management. Interesting points:

An excellent new KLAS report finds that most EHR vendors are progressing well toward supporting a national patient record network now that CommonWell is connected to Carequality, which the authors call “the connection heard round the US” as users of Cerner and Epic can now exchange information. Another factor is the connection of Meditech to CommonWell and NextGen Healthcare to Carequality. Click the above graphic to see fascinating adoption numbers by vendor. Interesting facts:

Another new KLAS report reviews clinical surveillance technology, finding that despite the claims of several vendors, Epic and Cerner are the only vendors whose surveillance tools have significant usage. It notes that Epic’s surveillance tools are the hardest to set up due to lack of vendor guidance and best practices, but users who have gone live have created the largest variety of use cases. Cerner, Epic, Stanson Health, and Bernoulli users say the alerts improve patient care and reduce readmissions 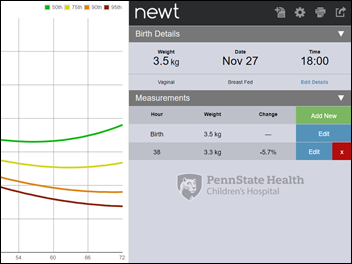 A Tennessee nurse practitioner pleads guilty to scamming the military’s Tricare medical insurance out of $65 million via the usual route – conducting telemedicine sessions that resulted in prescriptions for expensive compounded medications that were provided by pharmacy co-conspirators who were also charged.

A Florida hospitalist staffing group will pay $500,000 to settle HHS OCR charges that it violated HIPAA in 2011-12 by sharing patient information with someone posing as a billing company employee who then exposed the information to the Internet, all without having a business associate agreement with the billing company or having performed a risk assessment. 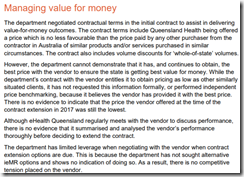 In Australia, Queensland Health’s hospital EHR project will run $188 million over budget if implemented in the 12 remaining hospitals, with an auditor-general’s report noting that Cerner can name its price for contract extensions knowing that its customer has not considered alternative systems. The report also concludes that the project can’t continue without further funding and says the system does not provide value for money. 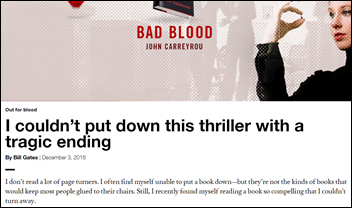 Bill Gates names “Bad Blood” as one of five of this year’s books he recommends. Gates says it is “insane” that Theranos hard-coded demo blood testing machines to display a stuck status bar so they could blame connectivity for the machine’s not working. He says Theranos stumbled because it didn’t have healthcare experts on its board; it sported a Steve Jobs-inspired take-no-prisoners outlook that isn’t appropriate for healthcare; and it allowed Elizabeth Holmes to make her personal legacy the company’s most important goal.

In Canada, the health minister of Newfoundland and Labrador blames Telus Health’s Med Access lab results distribution software for delays in delivering results to several hundred patients in the past year.

Darn, this was almost a clean sweep – an offshore company’s expensive CPOE market report lists six “global top players,” five which are trivia questions having not sold CPOE systems for a long time.

A Wired article says that unlike Amazon and Google, Facebook has no interest in furthering mankind beyond simply growing its own business and assuming that the world will benefit, leaving it with a platform whose chief attributes are tracking and targeting users. A member of Canada’s parliament said in a hearing involving the governments of nine countries – at which Facebook CEO Mark Zuckerberg was a no-show – that “While we were playing on our phones and apps, our democratic institutions seem to have been upended by frat-boy billionaires from California.”

I was thrilled to discover Fakespot, an AI-powered analyzer of reviews on Yelp, Tripadvisor, and Amazon that spots reviews that are likely phony and then recalculates the star rating accordingly. Those sites could do this themselves, of course, but then they wouldn’t have nearly as many reviews to brag about and their advertising revenue might be threatened. Amazon should allow reviews only from people who have actually purchased the item via Amazon, Yelp should ignore reviewers who have posted few reviews or who are posting about businesses all over the world (likely for cash unless they travel extensively), and Tripadvisor really can’t do much about the flood of fake reviews since neither of these methods would work for a global travel site. 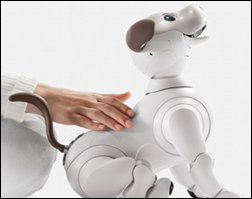 In Japan, National Center for Child Health and Development will work with Sony to see if that company’s AI-powered robotic dog Aibo can measurably reduce stress and provide emotional support to children facing long hospital stays. Sony is selling Aibo’s “First Litter Edition” for the US market for $2,900, although there’s a wait list and they won’t ship to Illinois for some reason. Reviews have been OK, although some testers didn’t expect that having a robotic pet that learns that, like a real puppy, you have to train them (although presumably not in the peeing or chewing kind of way).

Speaking of robots, Weird News Andy volunteers to spearhead an ICD-10 revamp to include the trendy electric scooters that are sending 1,000 people a month to EDs. WNA notes the billing challenge when available codes consider only scooters of the mobility and non-motorized varieties. I swear we’re regressing to children in fawning over scooters, wasting most of our free time playing with toys (of the Internet-enabled variety), and reducing discourse about global events and politics to a spirited game of Rock ‘Em Sock ‘Em Robots.