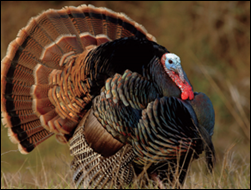 Thanksgiving is upon us, a quintessential US holiday. A friend sent me some seasonally appropriate ICD codes, including the W61.43 category “Pecked by Turkey” and W60 “Contact with Sharp Leaves.” There’s also Z63.1 “Problems in Relationship with In-Laws” for those of you with challenging holiday kinship arrangements.

All kidding aside, in some areas, Thanksgiving marks the beginning of increased healthcare utilization, which stresses the system in a variety of ways. People who have reached their deductibles for the year may be trying to schedule elective procedures at the same time providers and staff are trying to take time off with their families. There tends to be a bit of overeating in the US, which can lead to an increase in gallbladder disease, gout attacks, and elevated blood sugars. Family and personal stress levels increase. Just when things start to settle down, influenza and other viral illnesses will begin to peak.

Just in time for the holiday magic, the United States Preventive Services Task Force released a final recommendation statement regarding screening for unhealthy alcohol use in adolescents and adults. Adults 18 and over should be screened in the primary care setting and in addition to screening and practices should also be providing brief behavioral health counseling interventions to reduce unhealthy alcohol use. However, current information is insufficient to recommend screening in adolescents aged 12 to 17. EHR vendors, get ready to update your clinical guidelines packages.

To further dampen our holiday spirits, the Department of Health and Human Services has released its new Physical Activity Guidelines for Adults that emphasize the fact that roughly 80 percent of US adults and adolescents are not sufficiently active. HHS recommends that adults complete at least 150-300 minutes of moderate intensity activity each week, or 75-150 minutes of vigorous intensity activity each week. We should also be doing muscle-strengthening activities twice weekly. There are other specific recommendations for older adults and pregnant / postpartum women. The bottom line is “sit less, move more,” and even if you’re already moving, you’re probably not moving enough.

As we move toward the end of the calendar year, the healthcare IT space is in the doldrums, with vendors marking time until HIMSS, when they’ll try to make a big splash (among the dozens of other vendors trying to do the same thing) with various product releases and enhancements. The user group season is winding down with hospitals and health systems having exhausted their travel budgets for the year. Even those facilities that have cash to spend might be waiting until the beginning of the calendar year to start dispersing it unless they’ve aligned their fiscal years to the federal calendar and their year started in October. Nothing big usually happens between now and HIMSS unless it’s scandalous or completely revolutionary and unexpected.

It’s a good time to reflect on the year that has been and to think about what we might like to accomplish in the year ahead. I’m encouraging my team to think about their priorities, both professional and personal. Are there new skills that they’d like to learn, or a different area of the healthcare IT world in which they’d like to be more knowledgeable? Are they satisfied with their work-life balance and travel schedule, or do they want opportunities to slow down (or speed up?)

I work with several people who have recently become relatively empty nesters and they’re interested in potentially picking up extra work opportunities to fund things like retirement catch-up savings or creating college savings accounts for grandchildren. I had incorrectly assumed they were interested in slowing down, and without a structured conversation about priorities, I might have missed out on extra capacity with some outstanding resources. Another member of my team will be leaving at the beginning of summer, having decided to purse a public health masters’ program. Sometimes these goals align across personal and professional domains and sometimes they’re at cross purposes, but I appreciate the opportunity to try to help people meet their goals.

I have several good friends who have had it pretty rough this year with layoffs, family illness, natural disasters, and other unexpected surprises. I’m continually impressed by their resilience and their ability to look at the world through a glass-half-full lens (even if it is occasionally tinted with a hint of desperation). It helps put things in perspective and reminds me of how important it is to support the people around you from an emotional standpoint. It has taught me that time is short and success can be fleeting. I’ve made it a point to schedule quarterly meetings with friends and colleagues I had previously lost touch with, even if it’s to meet to walk a couple of miles at the park during a child’s soccer practice rather than sip wine as we might have liked to do in the past. If we don’t make those relationships a priority, it’s too easy to lose touch.

I’d like to challenge our readers to make a list of things they’d like to do in the coming year that will bring them either closer to friends and family or to help them explore a part of themselves that they’ve allowed to be put by the wayside. Maybe it’s a larger commitment such as a new hobby, or maybe it’s something as small as taking yourself to a local museum. I’d love to hear from readers about what they find satisfying and what they’d like to accomplish in the coming year. In the meantime, I’m going to try to find my pre-Thanksgiving bliss with some pastry therapy. Caramel apple pecan pie, in case you’re curious.