ONC has posted the agenda for its annual meeting to be held November 29-30 in Washington, DC. Day One begins with a welcome from Jared Kushner, director of the White House Office of Innovation, followed by a heynote from HHS Secretary Alex Azar. Breakout sessions will cover international health IT efforts, disaster response, HIEs, APIs, FHIR, and an “Ask the ONC Clinical Team” session. Day Two includes a fireside chat with National Coordinator Don Rucker, MD along with Senators Lamar Alexander and Tammy Baldwin.

Value-based care is the chief buzzword for many healthcare organizations and the Comprehensive Primary Care Plus (CPC+) initiative was touted as a way to end the chicken-or-egg struggle faced by ambulatory organizations as they try to figure out how to pay for better care coordination that will lead to incentives that can help them pay for better care coordination and more comprehensive care. The American Academy of Family Physicians has called on CMS to modify the window between when practices have access to their Performance-Based Incentive Payment reports and when they have to repay incentives plus interest.

The reports were to be available around September 26 with interest starting to accrue on October 18. There’s a 19-month gap between performance and reporting, but the CMS piper expects to be paid within a month. The Medicare Shared Savings Program gives Accountable Care Organizations 90 days to repay shared losses. If the current timeline holds, it’s yet another barrier to practice participation in what is supposed to be a driver towards value-based care.

It’s clear that the focus on quality and value isn’t changing any time soon. CMS is hosting a National Provider Call on October 30 to talk about Physician Compare and the upcoming release of publicly available Quality Payment Program data for 2017. A 30-day preview period will allow providers to review their information before it is posted for all to see. The session will include time for question and answer, so if you’re not sure how to navigate the release of information or what to do if you feel it’s not accurate, I’d recommend attending.

The article offers good information on being an informed telemedicine patient, and notes that “patients often view a telemedicine encounter as more of a consumer transaction than a healthcare visit … here’s an expectation that they get to call a doctor, pay for the visit, and get a prescription.” The author encourages patients to write down their symptoms first including when they started, which is good information for any patient seeking care.

Physician practice management publications such as Medical Economics are encouraging providers to bill telemedicine codes for their own patients. Close to 30 states have so-called telemedicine parity laws, which require commercial payers to reimburse telemedicine services at the same level as face-to-face visits. There are some nuances to coding, though, and physicians are wise to investigate their payer contracts as well as the requirements for proper coding of phone visits.

Many of the scribes in my practice are applying to medical school or physician assistant programs. Those that know I’ve spent time as an administrator often ask about that career path and opportunities in healthcare should they not be admitted to the program of their choice. Money isn’t everything, but I’m happy to share the trend in hospital executive salaries with them. The study looked at CEO and CFO compensation at 22 non-profit medical centers in the US using the “US News & World Report” hospital honor roll list from 2016-17 along with four notable health systems. The authors looked at the growth of clinical worker wages compared to nonclinical workers and management workers.

The rise in value-based care demands administrators with strong financial and quality management backgrounds, which may be driving increased executive salaries. Operational leaders are also in demand as health systems retool their strategic plans. Still, the authors conclude that “there does not appear to be a proportionate increase in healthcare utilization. These findings suggest a growing, substantial burden of non-clinical tasks in healthcare. Methods to reduce non-clinical work in healthcare may result in important cost savings.” I don’t know of too many physicians who would disagree with that sentiment. 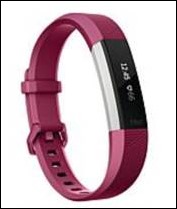 Interesting news for patients who rely on fitness trackers as a tool to assist with their fitness goals. The British Journal of Sports Medicine reports that many trackers aren’t good at measuring energy expenditure. The authors reviewed data from 60 studies looking at 40 trackers worn on the arm or wrist. Devices tended to underestimate energy expenditure, but those that also measured heart rate were more accurate. As an experiment, I used my Garmin watch on the treadmill in “indoor” mode and found that it, too underestimates the mileage my treadmill says I’m logging. The Garmin is accurate in GPS mode when I take it outside for a workout, so it’s still my wearable of choice.

There was quite a bit of buzz in the physician lounge this morning about the FDA approval of Xofluza, which is the first new anti-influenza agent in roughly 20 years. It’s a single dose and can be used to treat patients age 12 and older as long as they’re diagnosed within the first 48 hours of illness, similar to current medications. The wholesale price has been set at $150, but the retail price hasn’t been listed. Genentech makes it and will be offering a coupon for patients with commercial insurance that allows them to purchase it for $30. Now we’ll have to see how quickly EHR teams can get the drug updated for easy prescribing.

How quickly can you get a new drug into your providers’ virtual prescription pad? Leave a comment or email me.