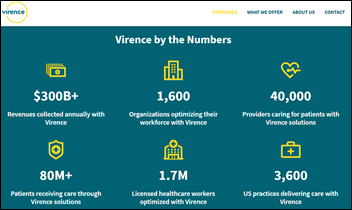 The GE Healthcare products that were included in the acquisition are revenue cycle, ambulatory, and workforce management systems previously sold under the Centricity and API Healthcare brands.

From Red Red Wine: “Re: careers. Why would you say that co-workers aren’t your friends? I socialize quite a bit with my work family at [vendor name omitted].” The people who might give you a ride to work from your oil change since they might need you to return the favor won’t be nearly as willing to serve as emergency overnight dog-sitters, listen patiently as you tearily describe your mother’s dementia, or know when and how to reach out supportively when you miss a few work days without explanation. I should probably take my own “work is not life” advice by not holding a grudge against former co-workers who I think wronged me in some way – it probably wasn’t personal that they were back-stabbing opportunists who were forged in an ugly corporate health system crucible that resembled one of those psychology experiments where a test subject will apply deadly electric shocks to an innocent victim when an authority figure insists. I guarantee that within minutes of your also-friendly employer marching you off their property in a layoff, your “work family” members are going to be unemotionally circling like vultures to get first dibs on your cubicle stuff.

From Conference Liner: “Re: Cerner naming social media influencers for CHC. Is that a thing now that HIMSS has been doing it?” Beats me. I don’t really get the point of naming “social media influencers” unless it’s to give them free registration in return for the free advertising they theoretically offer in return. It’s not as though tweeting is so hard that only Twitter experts can figure it out, or that those folks possess industry influence that correlates to their Twitter stats (since those stats don’t indicate exactly who they are influencing beyond each other). At least the Cerner-named influencers are mostly accomplished people who hold responsible jobs as recognizable subject matter experts.

Odd: the soon-to-be-renamed Adventist Health System / Florida Hospital signs up as a multi-year sponsor of Nascar’s Speedweeks, heretofore to be reverently referred to as “Daytona Speedweeks Presented by AdventHealth.” Nascar, which must be happy to have signed a new sponsor as its attendance, TV ratings, and sponsorships continue their sharp slide, declares that “the Daytona Speedweeks brand will provide another platform for Florida Hospital to amplify their new name.” Hopefully the terms did not include requiring Florida Hospital’s doctors to wear ads on their scrubs or surgical teams to swoop in with their instruments like a pit crew to complete an appendectomy in less than 20 minutes. 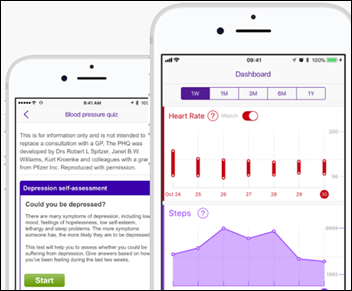 China-based Tencent – which developed the globally popular (except in the US) WeChat app — will work with England-based Medopad to assess the condition of Parkinson’s disease patients by analyzing video of their movements and to alert their doctors of any deterioration. Tencent is working on other AI-related healthcare projects. 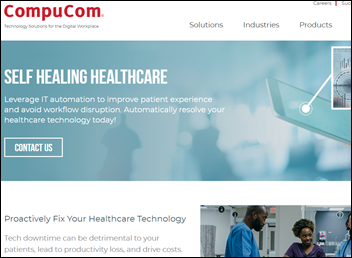 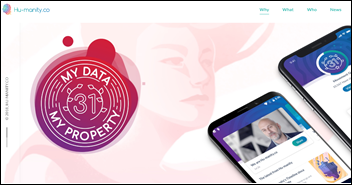 Blockchain-focused, UK-based health data rights organization Hu-manity.co launches in Europe to push for patients to control and manage their own healthcare data under the #My31 movement that advocates making such ownership the 31st Human Right. They’re also launching a US-only app to allow users to specify such control.

Startup LunaDNA, backed by a DNA sequencing company, seeks SEC approval for its business plan to pay consumers for the right to sell their genetic information, the opposite of companies like 23andMe that charge people to sequence their DNA and then profitably sell their information on the sly. Donors earn shares in the “biobroker” company and post their de-identified information up for bid on its marketplace to keep a share of the proceeds. 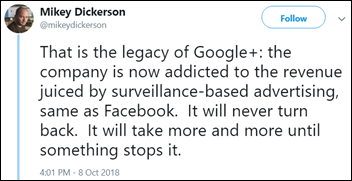 Google shuts down its spectacularly failed would-be Facebook competitor Google+ after deciding not to alert users that a security hole allowed their data to be hacked over several years. A Google committee advised executives that owning up to the breach would damage the company’s reputation and trigger a regulatory response a la Facebook’s Cambridge Analytica scandal, so it decided to close Google+ instead. A splendid Twitter review by former US Digital Service Administrator (and former Google employee) Mikey Dickerson says Google+’s self-proclaimed “social spine” infected the company’s other products, such as YouTube’s shared log-in and the termination of Google Reader. He concluded with a brilliant observation above. We science types appreciate Mikey’s LinkedIn tagline of “Free Radical.”

DataBreaches.net reports that virtual visit vendor MedCall Advisors has, for the second time in a month, been caught storing patient data in an unsecured Amazon S3 bucket. CEO Randy Baker did not acknowledge the courtesy notifications that were sent to him or ask those who alerted him about the exposure to delete any PHI they accessed.

Researchers advocate that EHR-powered electronic trigger tools be used to detect possible diagnostic errors and to identify patients who are at high risk of adverse events. The most obvious immediate benefit would seem to be to identify gaps in care cause by poor coordination, such as when nobody seems to have followed up on critical diagnostic results. The most limiting factor is the extent of clinical information stored as free text.

A BMJ opinion piece says the industry needs to do a better job of reducing the number of unwanted EHR alerts that consume physician time. Here’s the dilemma – we don’t let doctors individually decide based on their own practice which alerts to turn off because those “unwanted” alerts are often important, at least in the opinion of the non-doctors who maintain them. That brings up the never-ending dilemma of the purpose of the EHR – is it intended to help doctors, or instead to force administrative policies and concerns on them? I’ve worked a lot on those alerts and found these challenges: 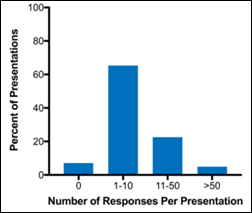 A review of virtual online consultation platforms, aka virtual second opinions – specifically Medscape Consult – concludes that medical crowdsourcing can reduce diagnostic errors and increase global reach. The most valuable takeaway is that most of the doctors presenting cases were young, but most of the expert responses came from doctors over 60 years of age, suggesting that: (a) younger doctors can benefit from asking more experienced ones to weigh in; and (b) older doctors are technically comfortable enough to provide such wisdom. The authors note that they don’t have any way to determine whether those second opinions improved diagnostic accuracy, but it doesn’t matter – even if the original doctor’s conclusion was correct, having experienced peer validation provides confidence and perhaps reduces further expensive diagnostic work. Having face-to-face contact with patients is important, but this is an example of where armchair quarterbacking can provide real patient value and an opportunity for older doctors to contribute purely as an intellectual challenge without dealing with reimbursement, the limitations of a 15-minute encounter, practicing defensive medicine, or managing a patient’s entire medical life instead of just recognizing what’s wrong with them and then moving on. 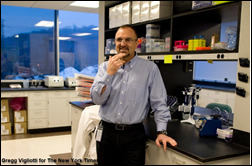 A fascinating New York Times article covers the MD-PhD co-founder of drug maker Regeneron, whose cholesterol-lowering drug is so widely useful yet so expensive ($14,000 per year) that insurers often won’t pay for it. The kicker: that co-founder is the guy who invented the drug and yet he pays full list price for his own prescription (so he claims, anyway) since the company’s insurance doesn’t cover it. He says Regeneron spent $2.6 billion to get the drug on the market and annual sales are less than $200 million.

Pediatrics professor and New York Times contributor Aaron Carroll says the Apple Watch’s new EKG capability has quite a few negatives – few people have undiagnosed arrhythmias that don’t have symptoms, false positives and negatives can be worrisome and expensive, a Stanford study found that most of the Watch’s EKG warnings were wrong, previous large-scale studies found little value in mass population EKG screening, and that the device’s cost (which isn’t covered by insurance) means that people who would benefit most from it won’t get it. He advises, “But I’m under no illusion [Apple Watch’s activity monitoring] will help me lose weight or exercise more or improve my heart health. I own one because I want it, not because I need it.”

A Washington Post review finds that millennials often don’t have a primary care provider and don’t want one, favoring the convenience, speed, and upfront pricing of walk-in clinics and urgent care centers to meet their infrequent needs instead of PCP practices that require making appointments well in advance, cover limited hours, and send patients to the ED on evenings and weekends. The dilemma is that patients have to give up the benefits of longitudinal care because they value it less than convenience. 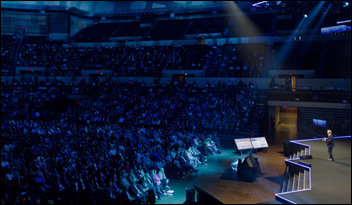 I enjoyed this recap of the beginnings of Flatiron Health by co-founder Nat Turner, who with his also-under-30 co-founder had previously sold their ad business to Google for $80 million. They  decided to do something about cancer, figuring Flatiron would be a non-profit until they realized that “great engineers don’t work at non-profits. They tend to go to places like Facebook.” Flatiron bought oncology EHR vendor Altos Solutions with Google investment money barely after not even knowing what an EHR is, but quickly figured out how to mine EHR data to assess cancer drug effectiveness. Drug maker Roche bought the company six years after its founding in April 2018 at a $2.1 billion valuation. Cancer has made a lot of people poor, but a few people rich.

Anxious healthcare startups love to compare themselves to Uber or Facebook, but here’s a legal case where Uber can call itself the Epic of ride-sharing services. A court rules that Uber’s driver arbitration agreements are legal based on the US Supreme Court’s ruling in Epic Systems Corp. v. Lewis, which found that such employer-mandated terms preclude employees from undertaking actions as a class to address labor disputes. 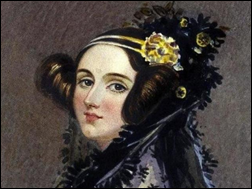 Tuesday was Ada Lovelace Day, honoring the mathematician – and arguably the world’s first computer programmer — who recognized the potential of the Analytical Engine theorized by Charles Babbage. She died at 36 in 1852 after doctors treated her uterine cancer with bloodletting. Her father was Lord Byron, although he bailed on Lady Byron early on and his daughter never knew him.