An study of 83 mostly top-rated hospitals finds that patients still struggle to get copies of their medical information (matching my appalling experience):

From Kenny Powers: “Re: the all-new Allscripts Avenel EHR. I haven’t heard anything about it since it was announced in March. Is it being sold yet?” I haven’t heard a peep since the buzzword-heavy announcement seven months ago. The product isn’t listed on the company’s EHR page and Googling turns up nothing. It wasn’t mentioned in the company’s August earnings call. Allscripts said it’s being used by Carlinville Area Hospital (IL), which didn’t respond to my inquiry. 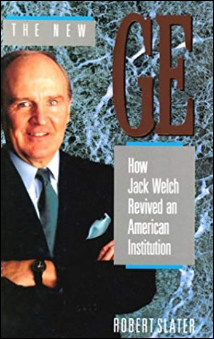 From Pure Prairie: “Re: GE. I can’t figure out how they took such a hard fall.” Chasing business and technology fads; poor strategic and operational performance by Jeff Immelt; a smothering bureaucracy that stifled innovation and encouraged executive backstabbing; unfocused acquisitions under both Jack Welch and Immelt whose interesting aspects were digested away in GE’s sluggish colon; incestuously moving the same old executives around in wildly unrelated divisions per the “GE way;” and a conglomerate strategy that left it vulnerable to big downturns in oil and financial services. GE Healthcare IT was best known for buying vendors with top-ranked products and then diving straight to the bottom as the poster child for “first to worst.”

From Amatriciana: “Re: careers. I was laid off and could use advice.” I’ve had my share of career missteps (being demoted, boss conflicts, regretting taking a promotion after belatedly realizing that the last thing I wanted was more responsibility) and my general conclusions are these: 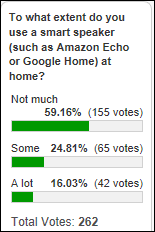 Most poll respondents aren’t heavy users of smart speakers at home. The most common uses are setting hands-free timers, playing music or mood sounds, keeping shopping lists, checking the weather, and controlling smart plugs to turn specific items on and off. There’s apparently also an intercom feature on Echos that I didn’t know about and some folks play games on their devices.

New poll to your right or here: for those whose company, more than five years ago, terminated you, demoted you, or forced you to move — did that turn out to be positive overall?

Thanks to these companies that recently supported HIStalk. Click a few logos to learn more about companies you don’t know much about and to thank them for making what I do possible.

I didn’t realize what a mess I’d gotten into when a friend asked for help buying a replacement set of wired earbuds for her Phone 7, a shining example of Apple’s recent cluelessness and crappy accessory quality. That model eliminated the headphone jack for no user-benefitting reason; Apple’s Earpods (as well as the Lightning-to-3.5mm connector) are pure junk that last weeks at best, according to reviews; you can’t listen and charge simultaneously; and because of the market opportunity offered by Apple’s misstep, every product listing on Amazon is obviously fake since the reviews don’t match the product. Bluetooth is an option, but it’s pain having to charge earbuds as well as the phone itself. I finally gave up and spent $30 on the EarPods from Best Buy plus $10 for the converter cable since I was getting free shipping anyway, so at least the option is there to ditch Apple’s earbuds in favor of decent ones, at least for the few days the converter cable is likely to last before falling apart. 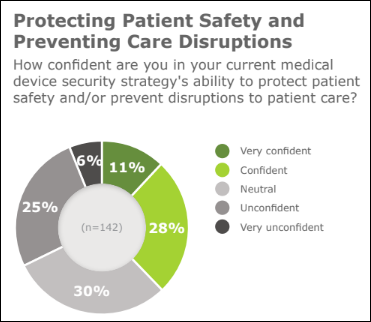 A KLAS report on medical device security — created with CHIME and its security group AEHIS — finds that few CIOs and CISOs are confident that those devices are protected, mostly because of poor manufacturer support or due to their own lack of a device inventory. The confident respondents give credit to good policies and procedures, strong technology, and interdepartmental collaboration, although it’s anybody’s guess as to whether they are truly more secure rather than naive. Respondents say it’s tough to protect legacy devices due to outdated operating systems, lack of patching capability due to technology limitations or warranty policy, hardcoded passwords, and lack of encryption. They also say manufacturers use FDA policies as their excuse for not patching their devices, yet FDA rarely holds the device-makers responsible when their systems are breached. 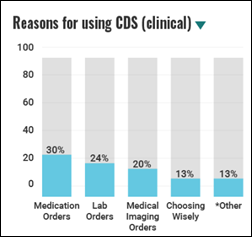 A new Reaction Data report on clinical decision support finds that 55 percent of mostly hospital-based respondents use multiple CDS solutions, with most of those provided by their EHR vendor. Caveat: I would question the accuracy of the 25 percent of respondents who say their hospital doesn’t use any form of CDS, the non-appearance of Meditech on the list among its EHR competitors, and the inclusion of Allscripts EPSi even though it offers only financial (not clinical) decision support. Non-EHR vendors with the largest presence are Stanson Health and National Decision Support Company. A 2017 study found that the imaging CDS of NDSC, which was acquired by Change Healthcare in January 2018,  holds 70 percent of that market.

EClinicalWorks will integrate its Healow mobile app with the WellWatch smart watch being developed by UK-based Care UK.

The latest Bureau of Labor Statistics employment report finds that healthcare employment increased by 26,000 in September, nearly evenly split between hospitals and ambulatory services. Healthcare employment has increased by 302,000 in the past year. In other words, we’re turning the entire country into one giant hospital and then complaining that insurance costs too much and our taxes are too high. 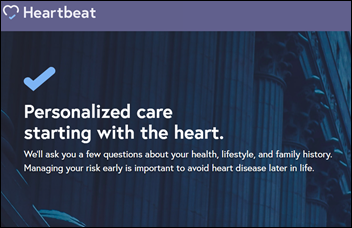 CNBC profiles Heartbeat, a cardiology practice startup that is opening offices in New York City that will offer online tests, virtual care, and treatment plans that include exercise and nutrition components. The “fully digitized boutique cardiology practice” accepts Medicare, commercial insurance, and cash ($200 for a visit or $299 for an annual membership).

Aprima sales executive Lance Allen donates a kidney to allow his peer Mike Alfieri — who he met two years ago at a company sales meeting — to receive a transplant in a 13-person paired exchange.

Just in case watching a single shark jumping isn’t enough, BlackBerry (are they still in business, and if so, why?) announces a blockchain solution for health data storage, an operating system for secure medical devices, and a skin cancer data sharing service for researchers. The company has chased healthcare tech fads before — I haven’t heard a thing about BlackBerry’s work with (and investment in) NantHealth in early 2014.

The Montivideo, MN paper apparently confused the local hospital’s incumbent vendor (Meditech) with its new one (Epic). I assume it’s a Community Connect implementation at a price of just $1.5 million. It’s also odd that the hospital says its existing system is “outdated” when it was supposed to have upgraded to Meditech 6.1, although maybe that never happened.