MSKCC had invested in the cancer drug company — which just went public at a share price that values the health system’s stake at $73 million — and had assigned Raskin as its representative on the board of Y-mAbs Therapeutics, for which the company gave him stock options.

MSKCC says it will change its policies so that it will retain any proceeds accruing from the involvement of its executives instead of enriching those executives.

The new policy will not be retroactively applied to MSKCC’s high-profile involvement with Paige.AI. In addition, MSKCC’s CEO will be allowed (at least for now) to continue serving on the board of cancer drug maker Merck. 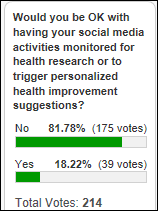 The vast majority of poll respondents don’t want researchers or insurers monitoring their social media activities, no matter how pure their intentions. Also noted in the poll’s comments is that our approval as consumers isn’t really necessary anyway – once you’ve posted your data online, anyone can buy and sell it.

New poll to your right or here: to what extent do you use a smart speaker (such as Amazon Echo or Google Home) at home? I like the Google Home Mini that I bought for $20 last Christmas, but I admit that I haven’t done much with it beyond asking it for the weather and setting timers for cooking (it’s totally worth it for just those two things, however). Add your comment after voting to inspire me with ideas of how I can use my gadget more productively. 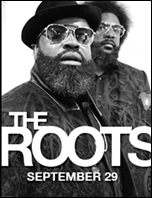 I’m improbably penning this from the sparse plains of Thackerville, OK. Mrs. HIStalk mysteriously announced last week, “We’re flying to DFW Saturday morning. Pack casual clothes for two days and don’t Google to figure out where we’re going because it’s a surprise for you.” Our destination turned out to be front-row seats at The Roots concert at WinStar Casino. It was as stunning as you might expect – I’m convinced that they’re the most talented, hardest-working band in the US and Black Thought and Questlove are geniuses in several disciplines. I’ll be playing their back catalog and revisiting Black Thought’s epically poetic 10-minute freestyle rap – imagine the talent required to throw out off-the-cuff, rhythmically resonant lines such as, “As babies we went from Similac and Enfamil to Internet and fentanyl.” Kudos for them for increasing the number of things I can stand about Jimmy Fallon to one. Trivia: Questlove’s father was Lee Andrews, singer for the great 1950s doo-wop group Lee Andrews & The Hearts (“Long Lonely Nights.”)

In New Zealand, Orion Health shareholders unenthusiastically (given the lack of better options) approve the company’s plan to sell its only profitable division, which offers the Rhapsody integration engine, to a private equity firm that will run it as a private company. Orion’s other divisions (population health management and hospital software) are big money-losers and did not attract buyer interest. Orion blames its poor results on cash-strapped US hospitals cancelling orders before the company could develop a cloud-based version of Rhapsody. It also says the former Amalga HIS and RIS/PACS it acquired from Microsoft in 2011, developed by another company at Thailand’s Bumrungrad International Hospital, were more of a mess than it thought.

The New York Post says revenue cycle technology vendor NThrive (the former MedAssets and Precyse) is the previously unnamed strategic bidder that has offered to buy Athenahealth. NThrive CEO Joel Hackney is a former GE colleague of Athenahealth board chair Jeff Immelt and NThrive owner Pamplona Capital Management could fund the deal by taking on debt. 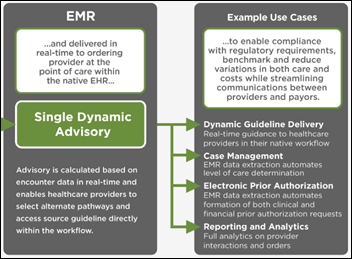 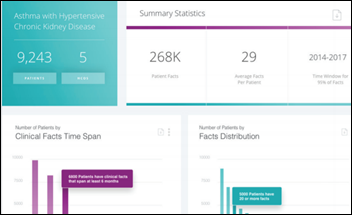 TriNetX announces self-service precision medicine capabilities for its researcher users, adding Patient Journey Analytics, the ability for researchers to apply their own predictive model to patient data, and giving them the capability to create and monitor de-identified patient cohorts. 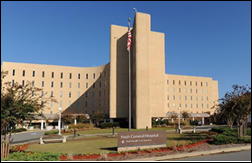 UNC-affiliated Nash UNC Health Care (NC) goes live on Epic, replacing Cerner to run the same system used by UNC, Duke, and Vidant. The president and CEO says the upfront costs are straining the hospital’s bottom line, but annual costs after Year Three will be the same as it was spending on Cerner.

The former CEO of SingHealth’s IT services organization IHIS, testifying in hearings about its recent massive IT breach, says she immediately fired an employee who in 2014 discovered a security vulnerability in Allscripts Sunrise Clinical Manager and then emailed Epic to suggest using his information to increase market share. IHIS did not, however, follow up on the vulnerability the employee had discovered, assuming that it was no longer a problem since Sunrise had been upgraded. An Allscripts executive complained to the CEO, who then dismissed the employee who had warned that the SCM flaw “could lead to a serious medical leak or even a national security threat.”

Las Vegas’s University Medical Center has still not changed its practices for using an “internal disaster” alert that tells first responders to send patients elsewhere a year after the Route 91 Harvest Festival shooting, where at least two shooting victims were taken to another hospital instead of UMC, which is the state’s only Level 1 trauma center. The county designed the alert so that hospitals can notify first responders about flooding or power issues, but it has no power to insist that hospitals stop using it when their EDs are at capacity.

The New York Times notes that nursing homes are closing at a rapid rate, plagued with low occupancy, changes in Medicare payment policies that favor home care, and the problem of offering a service that nobody wants until their other options have been exhausted. Medicaid’s long-term care payments have shifted from 90 percent going to nursing homes 30 years ago to 43 percent today. Aging baby boomers may reverse the trend, however, and nursing homes are retooling to chase the higher payments offered by Medicare for short-term rehab. 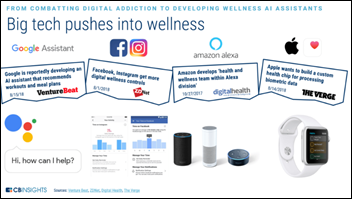 CB Insights perceptively covers the impact of “The Wellness Economy” in which the vague idea of healthy, holistic, experience-driven lifestyles is driving many industries other than healthcare. It predicts the waning of gyms as people (especially Millennials) purse at-home fitness, an increased focus on smart cities, repositioning of nutrition and beauty brands, and an increase in corporate wellness services, providing as evidence the funding and strategic changes companies are adopting to capture new markets.

In India, family members of a man who died during an inpatient stay accuse the private hospital of storing his body for three days afterward so it could bill them for more services.