The request period for CMS to provide a MIPS Targeted Review is open for less than three weeks. Eligible Providers who participated in the Merit-based Incentive Payment System in 2017 can review their final scores and performance feedback on the QPP website. These scores will determine whether providers receive a positive, negative, or neutral payment adjustment for Medicare-covered services in 2019.

A Targeted Review can be requested if MIPS-eligible clinicians or groups believe that an error has occurred in the payment adjustment calculations. Examples where this applies include data quality issues, eligibility issues (such as being below the low-volume threshold but being assigned a penalty) or not being treated appropriately if qualifying for reweighted scores due to extreme and uncontrollable circumstances. Based on the chatter in the physician lounge, it seems that hardly anyone is reviewing these, so they’ll just be surprised when they find out if they’re getting an incentive or penalty. If you think you should have a review, requests can be made until 8 p.m. ET on October 15.

A group of 29 participants in the CMS Next Generation Accountable Care Organization program is uniting to work with CMS to ensure continuation of the Next Generation ACO program. This is in response to some pushback against the program, which allows organizations to take on greater financial risk in return for expanded flexibility for care coordination and other services. Some organizations feel the promised savings hasn’t appeared as quickly as expected. Participants in the coalition include Dartmouth-Hitchcock Medical Center, Henry Ford Health System, Mission Health, Carillion Clinic, and Trinity Health.

The group members plan to “focus on developing elements of future payment policy, network design, and beneficiary engagement.” They also plan to share best practices and show how risk-bearing arrangements can accelerate transformation in care delivery. Next Generation ACOs were responsible for more than $61 million in savings in 2016, when there were only 18 organizations participating. That number is now up to 51 organizations, which are focusing on chronic care and disease management as well as expansion of primary care services.

Speaking of healthcare savings, a new report from The National Council for Behavioral Health’s Medical Director Institute shows that simply getting patients to take their medications as prescribed could lead to substantial cost savings and improved clinical management. It’s long been quoted that nearly half of people who are prescribed medications don’t take them as instructed. The problem is complex and involves many factors: understanding the need for medication, being able to acquire it (cost or transportation issues), understanding how to take it, and actually taking it at the right time and under the correct circumstances each day.

The institute projects a potential $2 billion yearly savings from reduced hospital costs alone, assuming that a number of its recommendations are adopted over the next five to seven years. Some of the recommendations seem straightforward, such as “better communication between physicians and patients” and improved risk assessments to determine who might not take their medications. However, under our current fractured and stressed system, even something like communication is a challenge, with little time available to actually sit with patients and ensure they understand why they need medication, how to take it, and what to expect.

Of course, technology can help with some of these, such as embedding risk assessments into the EHR or serving them up via a patient portal, but the latter assumes patients have Internet connectivity and a certain degree of health literacy. Data sharing can be used to identify non-adherence – I love the medication history in my EHR that lets me see when patients refill their medications, which can be a proxy for not taking it as directed if the dates aren’t as expected. Other solutions require more cooperation from other parts of the healthcare system, such as expanding use of long-acting injectables as compared to daily oral medications and increasing patient access to pharmacy services.

The institute cites data that one in six Americans take psychiatric drugs and notes the risks to patients not taking medications as directed. I saw this in my practice the other day with a patient who came in for fatigue and lethargy, and it was most likely a medical misadventure with incorrectly administered psychotropic medications. It took me a good 30 minutes to get to the root of the matter, which caused a backup in the clinic and skewed my productivity numbers for the day. Sitting with the family was the right thing to do, but not all clinicians are going to do it (and I doubt my emergency department-trained midlevel providers would have). The patient hasn’t had a psychiatrist for six months due to insurance issues and I ultimately wasn’t able to “fix” the problem, but at least was able to point his family in the right direction. 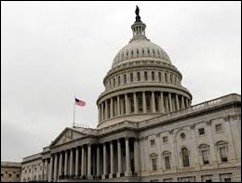 Most of the news coverage coming out of Washington, DC this week is swirling around the Supreme Court nomination, but I was glad to see that Congress is still at work trying to complete legislation dealing with opioids. A deal reached on Monday includes a measure to allow use of Medicaid funds for inpatient treatment of addiction. The so-called “IMD provision” (Institution for Mental Disease) lifts a ban on using those funds for treatment. The initial ban was put in place because of a concern that scarce funds would be paid to higher-priced inpatient facilities. It’s not like addiction goes away because someone is hospitalized, and since there generally aren’t enough beds to go around already, I don’t think the availability of funds is going to significantly impact utilization. It’s hard to charge for a bed that doesn’t exist. There are also waivers already granted for 15 states with waivers pending for 11 more, but that doesn’t cover everyone which explains why Congress is stepping in.

It’s hard to tell exactly what’s going on in the measure, though, because the final legislative text is not yet publicly available. According to my sources, the Senate bill lifts the ban, and the House version provides for treatment of all addiction, not just restricting it to treatment of opioids and cocaine. There is still some contention around HIPAA and confidentiality rules, with healthcare providers pushing to align the confidentiality rules with HIPAA so that clinicians could share information. It looks like the current law will stay in place, keeping additional protections for records of substance abuse treatment.

The House also blocked changes to the Medicare Part D “donut hole” that were requested by pharma. No one wants to be looking like they’re allowing pharma to benefit while allowing the proposed changes to ride the coat tails of bills targeted at the opioid epidemic. I’m sure we’ll see pharma trying to tack this onto something else as the legislative season continues.

I’ve been struggling this week due to a catastrophic outage at my hosting vendor, whose disaster recovery plan completely unraveled. Apparently it started with a server administrator who was supposed to perform a “file system trim” but mistakenly executed a “block discard” instead. Needless to say, the storage platform immediately dropped all data and crashed everyone. In a serious of unfortunate events preceding that calamity, someone had disabled the snapshot functionality, so there was nothing to use to quickly restore data. Instead, they tried to access the off-site backup server in another state, finding an I/O capacity issue that limited restoration efforts.

I don’t mind my websites being down, but it also took out my email for several days. Although I was able to reach out to key clients and pass along an alternate address, I suspect a number of people think I’m just ignoring them and have no idea what I’ve missed. The outage was long enough that most mail servers would stop trying to redeliver.

Having been on the other side of outages, my heart goes out to the admin who created the problem as well as the company’s leadership who is finding out that “trust but verify” is a lot more important than they thought. As I followed their updates (which were extremely transparent) and the customer forum, I was amazed by the number of fellow customers that had no backup of their sites and no disaster recovery plan of their own. There was talk of how much money they were losing, but no discussion of business continuity insurance or even of disaster planning. There was a lot of screaming in all caps and little realization that flooding the support center with tickets asking them to “FIX THIS MESS NOW!!!!!!” probably wasn’t helpful, especially since they were posting real-time updates to all clients.

It’s a good reminder to make sure that your data is backed up in multiple places (and not just by your vendor, but by you personally) and that also your vendor is testing their backup system and restoration process frequently. Stuff happens, and having a plan makes it a lot less painful, that’s for sure.

When is the last time you tested your disaster recovery plan? Leave a comment or email me.