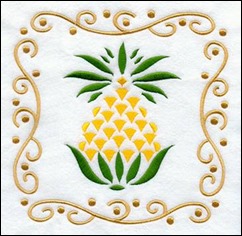 To maintain my board certification, I have to do a variety of coursework “modules” on an ongoing basis. Sometimes they’re more academic, such as learning the latest and greatest clinical guidelines, and sometimes they’re more practical, such as a practice improvement project around handwashing by providers and staff. For those of us who aren’t in traditional practice, the choices are sometimes slim since we don’t have continuity patient panels that we can research with or look at trends in quality. One of the offerings that I completed for my upcoming board certification renewal was a module on cultural competency.

In healthcare, cultural competency means caring for patients in a way respects their health beliefs and cultural practices. Sometimes it can directly impact medical treatment, such as not making recommendations for animal-derived products when that would be contrary to a patient’s beliefs or preferences. In other situations, it might be more subtle, such as having an understanding of the communication preferences of different cultures and how decisions are made within extended family structures. It can also be having an understanding of medical treatments performed by different groups, including everything from cupping to intercessory prayer. It might also be respecting a patient’s desire to entirely reject treatment regardless of the potential for success.

Understanding different cultural beliefs of your patients can certainly help build trust and rapport with them, as well as helping to identify treatments that they will accept and complete. Letting patients know that you’re interested in learning about their values and beliefs helps them feel empowered and part of the care team. It’s great that healthcare providers are thinking about cultural competency, but learning more about it got me thinking about cultural competency in that context of the general workplace.

I recently worked with a company that placed a priority on this, creating various forums for employees to interact based on their family situations, ethnic groups, or interests outside of work. It was great to watch people who might not normally interact get together around a common characteristic and get to know each other.

I’ve also worked with companies that don’t have even a basic understanding of cultural sensitivity. In our increasingly polarized society, some people push back against the idea of political correctness, but rather than thinking about it that way, one might want to consider that it’s just a basic human kindness to respect the beliefs of others. I’ve been at a company that was hosting a development team from India (along with the host team’s existing multicultural employees) where the catered lunch that was ordered consisted entirely of barbecued beef and other items that had meat in them, including the baked beans and the potato salad. I cringed when I saw several people with plates of only corn bread and coleslaw.

I’ve been in meetings where the presenters used hunting metaphors such as, “You can’t shoot the moose from the lodge” and other gems, not noticing that it wasn’t playing well to the non-sportsman audience. Of course, the audience can exhibit cultural sensitivity and understand that the presenter is reflecting his own cultural practices as well rather than just acting horrified. Cultural sensitivity is a two-way street.

That’s the challenge in coaching people to develop a workplace demeanor that allows them to respect their own beliefs and traditions without stepping on those of their colleagues and employees. There’s certainly a continuum of behavior, ranging from insensitive to boorish with many different shades in between.

It’s important to understand the potential for difficulty here, because when someone in a leadership position doesn’t understand that balance, it can be perceived as creating a hostile workplace. Even when it’s unintentional or through sheer ignorance, a pattern of disrespectful behavior can become a serious workplace issue. Some companies have responded to this by formally implementing diversity training programs employee education, but it needs to go beyond that. Sometimes those programs are highly focused around specific groups rather than focusing on the more general concept of acting in a way that would make people comfortable regardless of their cultural background or beliefs.

Assuming that people from a specific background don’t eat or not eat specific foods can be an issue. I’ve worked with dozens of people whose practices are very different from their historical roots. Sometimes it’s easier to think about these challenges in a broader way – for example, thinking of dietary needs as not only a cultural issue, but also a medical one. Asking a more open-ended question around whether people have any dietary restrictions or requirements is more inclusive than asking whether people need a specific type of meal. I’ve been to plenty of corporate-type lunches where the question is never asked. That’s an easy pitfall to avoid and keeps the meeting planner from trying to figure out what different parameters they need to accommodate.

From a healthcare provider perspective, it’s great to learn about different traditions and practices so that you’re not surprised by the descriptions of treatments that patients may be doing at home, or that so you can have an understanding of how those therapies might complement or conflict with what you might recommend. However, a larger part of cultural competency is just learning how to talk with people about they prefer to be treated and being considerate of fellow human beings. It’s about not making assumptions and not trying to cast your own beliefs and values on the people with whom you interact.

There is a tremendous amount we can learn from each other and it just takes being open to learning about other people’s beliefs and needs and understanding how they may differ from your own. It’s about going back to the basics of hospitality and helping ensure that people feel comfortable regardless of where they come from or where you are going.

How does your organization approach cultural competency? Leave a message or email me.