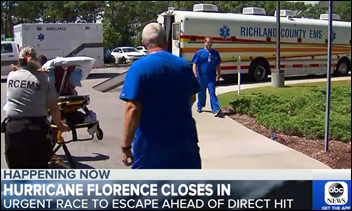 Paper EHR woes following Hurricane Katrina created the push for EHRs and interoperability in 2005 (and propelled Karen DeSalvo into the National Coordinator role in early 2014), so it’s fitting that Georgia’s GRAChIE HIE is working to connect Southeast providers via the EHealth Exchange to meet care needs that are being challenged by Hurricane Florence.

In related news, HIEs in Tennessee and North Carolina take just 48 hours to connect their respective systems to allow Tennessee providers to pull up records for North Carolina evacuees who require medical care there. 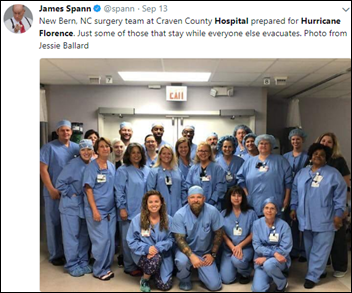 I would be interested in hearing from IT folks hurricane-affected hospitals about how they prepared for the storm or responded to its effects.

From Silver Surfer: “Re: KLAS. We’re a vendor and cancelled our agreement three years ago after KLAS assigned 18 months of feedback from our clients to the wrong vendor. Three years later, anyone searching KLAS for our consulting firm gets a message that our results don’t meet minimum KLAS Konfidence levels, meaning that we might be losing business from prospects who see that as a negative for our company even though it was KLAS’s error.” Unverified. The strongest complaints I get regarding KLAS’s methodology involve (a) how many of a vendor’s clients they survey; (b) how they select those they speak to; and (c) whether that small subset of clients is representative. People also express concern that paying KLAS to survey more clients than they might otherwise contact gives deeper-pockets vendors a chance to gain ground.

From Vishnu: “Re: [vendor name omitted]. Protecting its managers and team leads against internal sexual harassment accusations. Hopefully in time they will do what’s right.” I’ll omit the company’s name in the absence of legal evidence, such as a filed lawsuit. 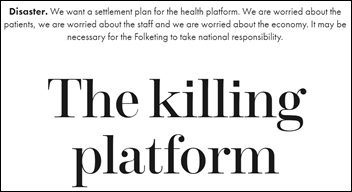 From Dr. Ross: “Re: Epic in Denmark. I was in southern Europe for a conference and this article seems to be all the talk, even though I haven’t seen it mentioned in the US.” Three doctors in Denmark’s Capital Region refer to its newly implemented system (in a Google-translated page) as “the killing platform,” saying that it’s cumbersome, illogical, and doesn’t easily share data with quality and research databases (they expressed their concerns in a Danish language video that doesn’t include an English translation). The doctors say the Region’s claim that 30 systems have been replaced by one is “fake news,” as departments that previously used 6-7 systems are still running 3-4, and warns that reduced productivity may bankrupt the Region. They conclude that the system was built for private hospitals in the US and isn’t suitable for those in Denmark despite the claims of “US salesmen and lawyers,” urging the Danish Parliament to take over the project instead of “cling[ing] to a mistake just because you spent a lot of time making it.” 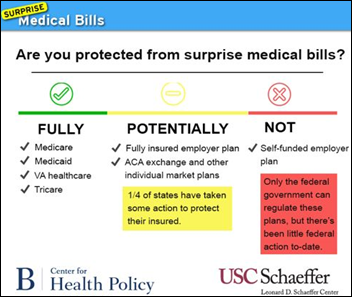 From Udon: “Re: ERISA. Would love to see an expose on that statute, which renders most state-level legislative and regulatory actions meaningless because it governs employer-funded health plans. If you are denied a scan or behavioral stay, you have to sue the health plan – which will fight it tooth and nail – and the most you can get is the cost of the denied benefit.” ERISA, which sets standards for private health and pension plans, got a recent spotlight when an HCA hospital assured a heart attack patient that his out-of-network stay would be covered by his insurance, then went after him for the $109,000 balance beyond what Aetna paid because his employer-provided insurance was self-funded (as is true of 60 percent of people), meaning he’s not protected by state-mandated prohibition of balance billing. On the other hand, those state protections are not common anyway and are often not comprehensive. ACA prohibits balance billing for out-of-network ED visits, but still allows out-of-network doctors, hospitals, and ambulance services to demand payment from the patient beyond the negotiated amount their insurance pays. So, Mr. Life-Threatening Emergency Patient, your job before breaching a hospital’s financially (and sometimes clinically)dangerous wall is: 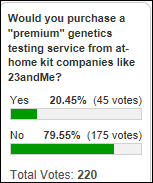 Poll respondents express little interest in paying for expanded consumer genetics testing at a higher price, with the most significant concern being that long-term care insurers could use your personal data against you — the testing companies aren’t covered by HIPAA’s minimal protections and therefore your data can be sold to anyone. 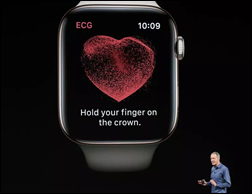 New poll to your right or here: How much impact will Apple Watch’s announced EKG recording capabilities have on overall population health? I admit I’m skeptical about all consumer diagnostic tools for these reasons:

Thanks to Jenn for covering for me for a few vacation days. I’m happy to have rendered myself at least temporarily redundant so I can take occasional worry-free time off without being chained to a computer all day. You may notice the difference since my writing is grumpier and more wearily skeptical than Jenn, whose forte is admirable journalistic excellence rather than pent-up, post-vacation ranting. 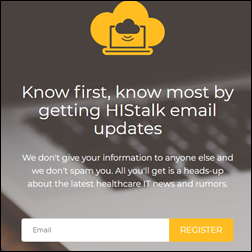 Spam protection has made sending bulk email – such as my HIStalk “we’ve published something new” notices – a crapshoot. People tell me every day they aren’t getting the updates, yet the problem always involves their email server’s settings that I can’t fix. I can only suggest that you enter your email again if you aren’t getting my updates, which is risk-free since you won’t get multiple email copies no matter what.

Outgoing Cerner President Zane Burke has sold $52 million worth of CERN shares in the past couple of weeks. I notice. CERN shares are down 6 percent in the past year versus the Nasdaq’s 24 percent gain. 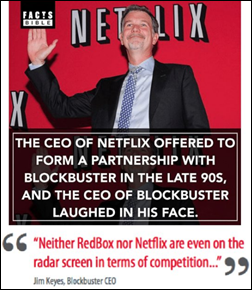 Netflix co-founder Marc Randolph, speaking at Health Catalyst’s Health Analytics Summit, urges attendees to develop optimism, confidence, and a tolerance for risk in describing how the tiny, struggling, two-year-old Netflix practically begged Blockbuster to buy it for $50 million and was quickly shown the door. He advocates “testing it without doing it,” explaining that Netflix “was not about having good ideas. It was about a system and a culture of trying lots of bad ones. What we realized is that the key to this is not the good idea. It was how quickly and easily and cheaply you could try as many ideas as you could think of.”

Industry long-timer Jonathan Niloff, MD, MBA died Saturday of cancer at 64. He was chief medical officer of Diameter Health, a board member of HIMSS North America, and founder of MedVentive (acquired by McKesson in 2012) as well as a former cancer surgeon and ovarian cancer researcher.

A new Reaction Data survey of 300 providers finds that 62 percent are using speech recognition in their EHRs, with another 15 percent working on it and a stubborn 23 percent saying they’ll never use EHR speech recognition. Not surprisingly, Nuance is the big dog and is gaining ground, while MModal’s much smaller market presence still makes them Nuance’s only real competitor and its user satisfaction is higher. Epic is by far the most commonly used speech-integrated EHR. Only 3 percent of speech recognition users say they might switch vendors. 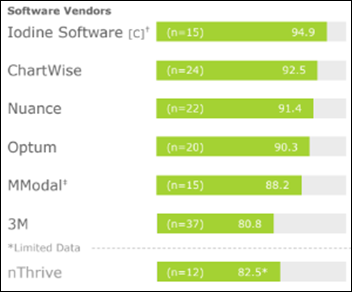 AMA’s newswire highlights a JAMIA-published comparison of order entry clicks between Cerner and Epic under the title of “62 clicks to order Tylenol? What happens when EHR tweaks go bad.” 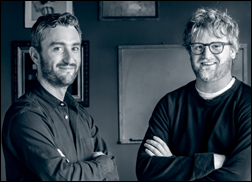 An investor in online pharmacy Pillpack — whose value went from zero to more than $1 billion in five years when it was recently acquired by Amazon from its early 30s founders above — lists the company’s lessons learned:

In India, the state of Uttarakhand orders the government to provide printers so that every doctor’s prescription can be printed out before signing, addressing a problem in which patients and pharmacists often can’t read the doctor’s writing. 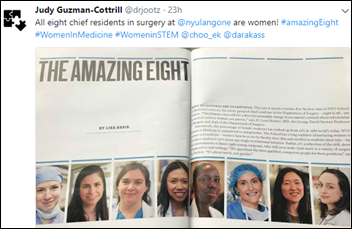 NYU Langone Health’s magazine notes that for the first time, all eight of its surgery chief residents are female. 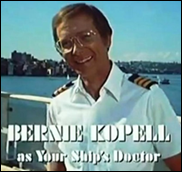 A jury awards $4.6 million to a cruise ship passenger whose flu symptoms were mismanaged by the ship’s doctor, claiming: 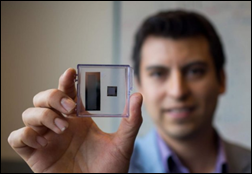 Weird News Andy says that despite early examples of scientific hype that turned out to be wrong (“nuclear power will be so cheap it won’t be worth metering usage”) he still likes that we’re getting closer to a Tricorder-like device. University of British Columbia engineers develop a Band-Aid sized ultrasound transducer that could turn a smartphone into an ultrasound machine for $100. 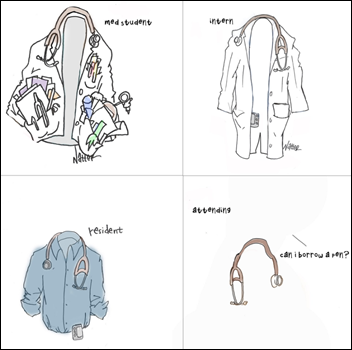 Internal medicine resident Mike Natter, MD notes that the relationship between the number of things carried and level of medical training is inverse.