Apple’s latest product announcement regarding the new Watch’s ability to record ECGs and monitor heart rhythm for abnormalities leaves healthcare reporters salivating and clinical experts torn between guarded optimism and healthy skepticism. The device, which can also detect when a user has fallen and alert emergency services, will start at $400 when it debuts later this year.

Industry folks were quick to point out that the device could lead to over treatment, and that its FDA clearance states the new apps are “not intended to replace traditional methods of diagnosis or treatment.” FDA Commissioner Scott Gottlieb, MD also tweeted out amidst his Hurricane Florence PSAs that app clearance is “a significant step forward in FDA policy because we decoupled review of the app from review of the watch itself. The watch isn’t a medical device, just the apps that help consumers detect serious medical conditions.”

Cigna allocates $250 million for a new corporate venture fund that will target companies working in the areas of care delivery and management, digital health and retail, and insights and analytics. Cigna’s previous health IT investments include MDLive, Omada Health, and Cricket Health.

MediWare Information Systems rebrands to WellSky in an effort to better unify 30 brands across multiple companies in the US and abroad.

In the UK, Babylon Health will spend $100 million to double its workforce, aiming to hire 500 additional staff within the next nine months. The plan is part of the virtual consult company’s efforts to expand its chat bot symptom assessment technology to include chronic disease management for diabetes and depression. The company is perhaps best known for powering the NHS telemedicine app GP at Hand. 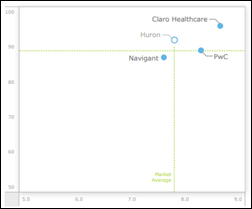 Nuance and ChartWise top the list of CDI vendors driving the most tangible financial outcomes, according to a new KLAS report, while Iodine Software surpasses both when it comes to enabling efficient workflows. Third-party CDI firms like Claro Healthcare, Navigant, PwC, and Huron all score similarly on value and satisfaction. 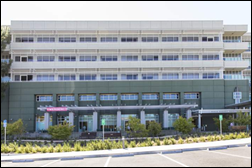 Marin General Hospital (CA) will install University of California San Francisco Health’s Epic software as part of a strategic alliance that includes co-branding and designating UCSF as its academic and teaching partner. 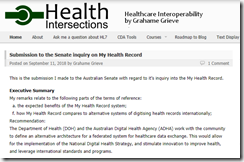 FHIR architect and interoperability consultant Grahame Grieve tells the Australian Senate an IT overhaul is needed to assure the success of the My Health Record initiative. The national digital records database, which he has been an advisor on, has come under fire over the last several months thanks to a questionable opt-out policy, and privacy and governance concerns. Grieve, an Australian native, told the Senate ahead of a September 17 inquiry into the program that, “The design of the system and the standards it is based on were state of the art in 2007. Although a more distributed design was initially planned, it is now, unfortunately, a centralised national database of static summary documents. This was an inevitable consequence of the technical standards used at the time, but now constrains the use, extensibility and therefore the value of the system.”

A survey of 109 providers finds that 68 percent have not yet developed a disaster preparedness plan, despite having experienced two such events within the last five years. All bets are off when it comes to securely communicating with hospitals during and after weather events: 25 percent of specialty providers have used unsecured text messaging to reach hospital staff, and 22 percent have used the same method to reach patients and their family members. Hospital-based respondents take secure messaging more seriously, perhaps because they already have resources in place: 44 percent believe secure messaging to be a key component of preparedness plans, surpassed only by the need for backup generators and extra supplies and medication.