Atul Gawande, MD taps Jack Stoddard to be COO of the still unnamed joint healthcare venture of Amazon, Berkshire Hathaway, and JPMorgan. Stoddard was formerly general manager of digital health at Comcast, where he devoted some of his time to developing digital patient engagement and education tools for a (presumably defunct) program with Independence Blue Cross. Stoddard’s time in the healthcare trenches also includes stints at Comcast-backed Accolade and Optum.

From Savoy Special: “Re: Medhost’s customer count. Down to 180 hospitals? That number cannot be correct since they still have their platform in most of the 119 CHS hospitals, plus a large number of LifePoint, Acadia, and Select hospitals. Plus they recently won a multi-entity deal at the end of last year. And then there is all of their EDIS business. The Curae bankruptcy was not unexpected. There was actually a lot of buzz about Medhost at Health:Further18.”

Redox raises $3 million, bringing its total raised to $18 million since launching in 2014.

Following in Apple’s footsteps, Amazon momentarily hits the $1 trillion mark during day trading, focusing analyst’s eyes even more eagerly on its push into healthcare. The Internet retailer went public in 1997 at $18 a share, a figure that has skyrocketed to $2,050 and made founder and CEO Jeff Bezos the world’s richest man with a net worth of $167 billion. 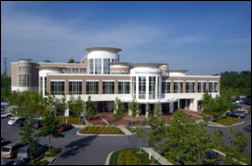 Following on-campus protests and obvious malcontent amongst its staff, Providence Hospital management fires the majority of its Board of Directors via email after tensions mount around parent organization Ascension’s decision to stop offering acute care services at the hospital by the end of year as part of its transition to a “health village.” (It announced it would close its obstetrics and behavioral health departments last August.) A former board member claims a vote on the acute-care decision was snuck in at the end of a regular meeting, after several other members had already left. Ascension claims the shuttering will better enable Providence to focus on “care coordination, telehealth/virtual care, primary and urgent care, home care, community-based behavioral healthcare, senior care, and more.”

In Australia, Victoria’s Dept. of Health and Human Services begins migrating 12,000 users from Lotus Notes to Office 365. Lotus Notes was first implemented in 1998, making the number of applications that have been spawned around it too numerous to die a quick death.

Researchers develop an iPhone app capable of measuring blood pressure with the press of a finger. Readings were found to be similar to those from traditional blood pressure cuffs.

The Cincinnati business paper profiles Cincinnati Children’s Hospital surgeon Victor Garcia, MD and the predictive analytics software he has developed with Israeli researchers to stave off shock in ICU patients.