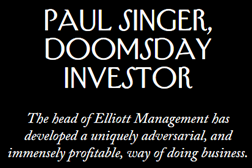 The investment firm denies – not very convincingly —  that it anonymously tipped off journalists about Athenahealth’s company culture, sent copies of Jonathan Bush’s divorce documents to a tabloid, or opened fake social media accounts that featured nude pictures and from which messages were sent to Bush’s girlfriend with the subject line, “Do you know where your man is?” Bush resigned shortly afterward from the company he had co-founded, leaving Athenahealth to choose its path forward without him.

Elliott Management was previously alleged to have hired private investigators to tail the CEO of another targeted company in hoping to force him out for personal behavior and to present each board member of a targeted company with personalized, dirt-containing dossiers about themselves with the implicit threat that the information could find its way into public hands if Singer didn’t get his way.

The idea that companies exist solely to serve the interests of shareholders—rather than also to serve workers, customers, and the larger community — has been dominant in the business world in the past 30 years. As the field of activist investing becomes increasingly crowded, many investors are going beyond their original mission of finding ailing or mismanaged companies and pushing them to improve. Instead, some have been targeting larger, financially prosperous companies … Throughout our conversations, Bush returned to a theme that consumed him. He talked about how investors like Singer — financiers who take the assets built by others and manipulate them like puzzle pieces to make money for themselves — are affecting the country on a grand scale. A healthy country, he said, needs economic biodiversity, with companies of different sizes chasing innovation, or embarking on long, hard projects, without being punished. The disproportionate power of the Wall Street investor class, Bush felt, dampened all that, and gradually made the economy, and most of the people in it, more fragile.

From Lumbar Puncture: “Re: Optum’s acquisition of Advisory Board’s Crimson business. Optum is forcing customers to migrate to its Claims Analytics platform. Doesn’t seem like adequate notice to retire a product. Maybe they would change their mind if enough customers threaten to walk. They’re also dumping MARA score and switching to another risk score prediction model, probably because it costs them less.” Unverified. Customer comments are welcome. 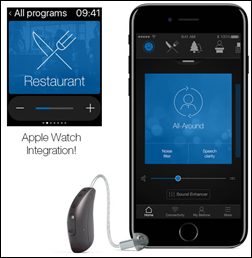 From Pin Drop: “Re: hearing aids. They have improved since 2016 in becoming smaller, stronger, more comfortable, and more technologically advanced. I can change the ‘directionality’ of mine via a smartphone app and tune them for the ambient noise. The power and ability to address feedback is far better than just three years ago. I paid $1,800 for them at Costco, much less than the $4,700 quoted in the magazine article. More competition and better technology will improve the market, as the article concludes, but the current situation isn’t as dark as it states.” The article predicts that Apple, Samsung, and other big consumer companies might jump into the market once FDA restrictions are removed. Aging baby boomers would probably flock to  “Hearing by Dre” in the Apple store even as they studiously avoid the audiologist’s waiting room.

From Doublemint Triplets: “Re: Twitter. Who other than HIStalk is worth following for industry news?” These are among the few Twitter accounts I follow: @EricTopol (for research and patient-centered news); @chrissyfarr (a prolific source of healthcare and technology business insight); @ASlavitt (for Medicare news, albeit left-leaning); @JohnsHopkinsSPH (for the public health perspective); @Cascadia (more patient-centered insight); @DrNic1 (he finds all kinds of oddball but usually related stuff); and @TheOnion (for a much-needed break from in-the-weeds discussions). These provide me with the highest hit rate for topics that interest me. 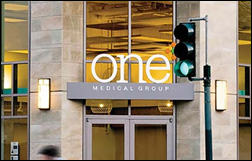 CNBC reports that primary care group One Medical is discussing a possible $200 million fund raise from a private equity firm that will also buy $100 million of existing shares. The company was valued at over $1 billion even before the rumored investment. I admit that I’m not financially sophisticated enough to see the lucrative opportunities or efficiency improvement opportunities that a PE-owned primary care chain would offer, at least beyond slashing its highest labor cost (doctor salaries). Or maybe they’re sensing our unmet demand for receiving care in our most vulnerable moments from a private equity-owned business (my irony was not really ironic given that the moneychangers jammed their fingers into the healthcare pie long ago). Venture backers aren’t known for exhibiting patience in playing the long game, although PE owners have more patience than VCs. Both are always on the lookout for the greater fool.

GE Ventures Senior Managing Director and health IT angel investor Lisa Suennen leaves the company after less than two years on the job. 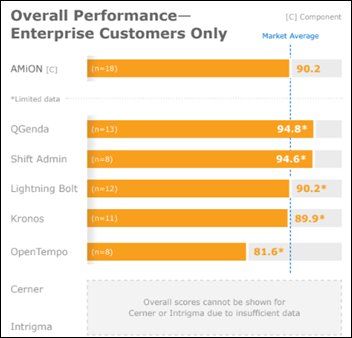 A new KLAS physician scheduling report names Shift Admin and QGenda as the most impactful with high “money’s worth” scores, while Amion offers an easy-to-use, well-supported system that doesn’t provide comprehensive scheduling algorithms and rules engines.

A new KLAS nurse and staff scheduling report gives ShiftWizard and Kronos high marks for reducing overtime and agency costs, although Kronos comes with a higher learning curve and cost. The needs of larger health systems are best med by Kronos, Avantas, and Change Healthcare despite their average scores, while some Cerner customers struggle to get even its basic functionality implemented and complain about its manual processes and underwhelming support. The report notes that predictive scheduling isn’t living up to its hype.

Recondo takes over the contracts of customers who had purchased a subset of its EmpoweredPatientAccess patient access solutions from The Advisory Board Company via a reseller agreement with that company, with Recondo acquiring the client base from Optum (which acquired Advisory Board’s healthcare business in August 2017). The transaction increases Recondo’s installed based by 33 percent and quadruples the company’s profitability.

The Dallas business paper profiles Tech Titan Awards finalist Leah Miller, CIO at HCA’s Medical City Healthcare (TX). The article notes that her team came up with the idea of 3-D printing ultrasound images so that blind parents-to-be can visualize their babies.

The VA announces that its providers will be able to see the Walgreens-maintained medication and immunization histories of patients in a collaboration between the organizations. Criteria for participating in the Veterans Health Information Exchange are here. 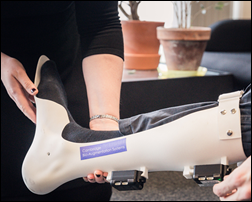 Forbes profiles UK-based Cambridge Bio-Augmentation Systems, which plans a USB-type interface between the human nervous system and external devices. Co-founder and CEO Emil Hewage explains, “We are focused primarily on these peripheral nerves – not the brain or the spine – as we think the impact starts by listening to the signals that go back and forth to our heart, pancreas, or diseased limb and learning how to decode those signals. The idea is to learn where the hallmarks of a disease or sudden adverse event are being picked up, and then using machine learning tools to send signals back in to immediately treat or triage something.”

In China, a pharmacist who wasn’t willing to burden his parents financially with his newly diagnosed stomach cancer goes into hiding. Despite a $130 billion healthcare reform program, people can’t afford treatments, insurance coverage is poor, and governments don’t have the money to offer free care. The pharmacist’s father, a rice farmer, makes just $150 per year. A government advisor says (referring to China but equally relevant in the US), “China’s healthcare system must find a way to reduce its costs. It is too expensive now and has surpassed what most ordinary people can afford.” Eighty percent of rural cancer patients die within five years. 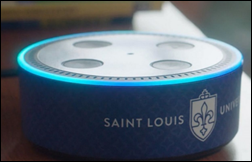 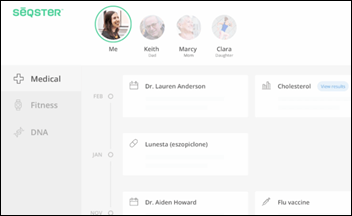 Eric Topol, MD says his short trial of Seqster has given him his first aggregated view of his information from his four Epic-using providers, 23andMe, and fitness trackers, although he notes that it doesn’t accept PDFs (so no scanned paper records), users can’t edit incorrect information. and it doesn’t collect data from very many sensors. The San Diego-based company, which is in early access mode, says it has raised $4 million in seed funding. 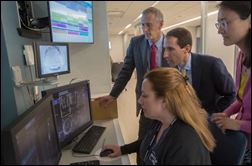 Facebook and NYU School of Medicine collaborate on a project that will attempt to speed up MRI scans tenfold by using AI. They hope to take a faster, lower-quality MRI that can then be enhanced via a neural network.

A Politico Florida reporter’s writes her first article in a planned series titled “I’m Coping With Cancer by Reporting On It” after receiving a breast cancer diagnosis at 31. 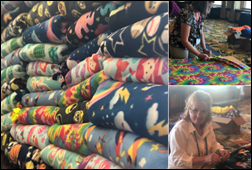