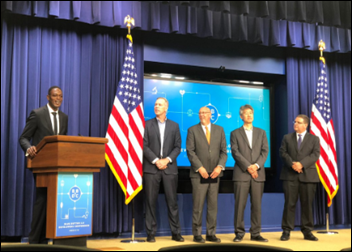 The event was hosted by the White House’s Jared Kushner-led Office of American Innovation.

Integration experts and technologists – should we care about Blue Button 2.0? Will it significantly impact interoperability and patient access to data?

From The World is a Vampire: “Re: Allscripts. Hosted clients are having difficulty connecting to their EHR and other applications due to a data center issue.” I’ve reached out to the company, but haven’t heard back. The Raleigh data center was the site of January’s ransomware attack that left users unable to connect to their Allscripts PM/EHR systems, although the telephones of angry users remained up so they could call their lawyers to join a class action lawsuit over the downtime.

From Ozone Lawyer: “Re: prescriptions. Pharmacies won’t quote a price until my doctor calls or faxes my new prescription, after which the pharmacy will use my insurance to quote co-pay, etc. That puts extra work on my doctor. Is it legit for the pharmacy or just an obstacle?” They might do that to discourage competitive intelligence, but I can see why they would be reluctant to give a price without running it through your insurer’s test claim for pricing your co-pay. That way they have the complete prescription details without being tied up on the phone while you read them your prescription. Cash patients would do best to go online and pricing all local pharmacies (at least the chain ones) on GoodRx. InteliSys Health also offers an EHR-integrated pricing tool that would be super useful, but your doctor would need to use it on your behalf. An integrated solution would get you and your doctor the answer, allow reconsidering your choices, and then having the prescription sent electronically to the right pharmacy the first time.

Did you ever take work time off to go on a spiritual retreat, attend a university’s resident summer camp for adults, participate in a church mission, delve deeply into a newfound hobby, bond with your grandchildren, join a cult, travel as a punk band’s roadie, or bum around Italy for a month in search of the perfect Montepulciano d’Abruzzo? Perhaps you were understandably enriched and motivated, in which case those of us less fortunate would enjoy living your experience vicariously.

I’m getting flooded with emails and announcements from folks who are still listing times as EST, apparently clueless that we’re on EDT until November 4 (like we have been every summer for 100 years – DST started in the US in 1918). Those who can’t master this simple concept should instead just list times with “ET.” Someone will always proclaim indignantly (as they do for their incorrect grammar or spelling) that “you know what I meant,” suggesting that it’s everybody else’s job to interpret their lazy errors.

Listening: new, outstanding contemporary Christian music from 26-year-old Lauren Daigle, who’s on a very long tour that covers a giant chunk of the US. Also: new from LSD (Labrinth, Sia, and Diplo), which takes a toe-tapping trip into doo-wop and reggae territory. There’s also a new album from St. Paul & The Broken Bones, infectiously giddy, horn-heavy, 1960s-style soul from Birmingham, AL. And in a goosebump-inducing moment, there’s Renaissance doing “Ashes Are Burning” live in 1976. I’ll eat the vocals-enhancing software of any diva singer who can match Annie Haslam  — who wasn’t even in her five-octave top form toward the end of a rigorous, long concert — starting at the 22:00 mark through the end.

Digital health-EHR integration platform vendor Sansoro Health raises $8 million in a Series B investment round, increasing its total to $14 million. 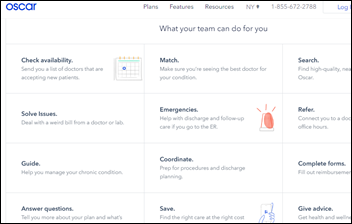 Alphabet invests $375 million in data- and technology-focused insurance startup Oscar, following participation by two Alphabet subsidiaries in a funding round a few months ago that valued the company at over $3 billion. Wired reports that Alphabet owns 10 percent of Oscar, which has expanded into new states, plans to enter the Medicare Advantage market, and is rumored to be interested in bidding with insurers to manage care in risk-based contracts.

Geisinger and drugmaker Merck launch apps Family Caregiver (patient-caregiver communication) and MedTrue (medication reconciliation and adherence). The apps will use SMART on FHIR to connect to disparate EHRs. 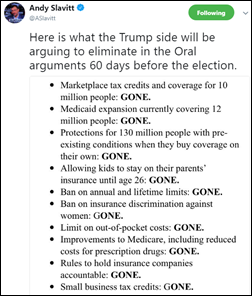 Relevant to a couple of polls I’ve run recently: former CMS Acting Administrator Andy Slavitt lists the items the White House hopes to eliminate from federal insurance law in a September 10 hearing, all of them affecting anyone with health insurance even if they get it through employers instead of the marketplace.

The San Francisco business paper covers huge companies using complex equipment depreciation rules to claim low value for property taxes, with the extreme case being two Apple properties in Cupertino valued at $1.4 billion that the company claims are worth just $400. Maybe the county should add a requirement that any business be forced to sell its property to a willing buyer at the assessed value it accepts.

Adventist Health System will change its name to AdventHealth early next year, also renaming its 45 hospitals that include Florida Hospital Orlando. The health system will also launch the Center for Genomic Health next year.

IBM posts a rare publication rebuttal in disputing The Wall Street Journal’s report that says Watson Health hasn’t accomplished much in oncology. The company cites a few articles from hospitals and oncology groups – including the VA’s contract extension for genomics – in claiming patient benefit as its work “is only getting started.” 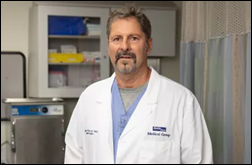 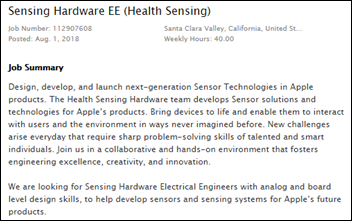 Apple lists an open position that suggests the company is considering developing its own “health, wellness, and fitness sensors.” 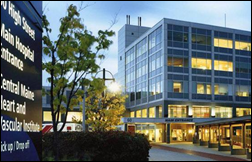 The local paper says 80 of 300 doctors at Central Maine Healthcare left in the most recent fiscal year, citing conflicts with health system executives, staffing cuts, increased patient loads, and an unwillingness to use its new Cerner system. 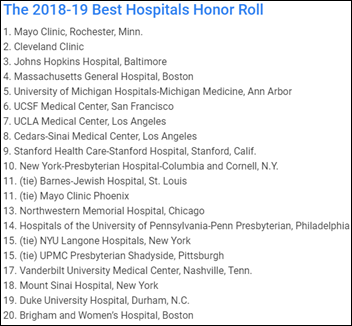 US News & World Report’ “Best Hospitals” list puts Mayo, Cleveland Clinic, Johns Hopkins, Mass General, and University of Michigan Hospitals as its top five. I glanced down the top 20 list and, from my admittedly occasionally unreliable memory, I think every one of them uses Epic (although UPMC is one of perhaps several on the list that also run other systems, Cerner in its case). 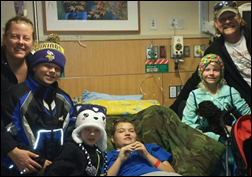 Meanwhile, that #1 ranked hospital Mayo is accused of “medical kidnapping” by the family of a high school student who was unhappy with her care during a two-month stay in 2016 for a ruptured aneurysm but was refused a transfer to another hospital. The dispute came when she was transferred to the rehab unit following four surgeries, where her stepfather complained that her doctors wouldn’t order opioids, they missed her bladder infection, and a social worker was overheard discussing financial information about her. The family also demanded that several employees be fired or removed from her care and posted near-hysterical Facebook rants. They finally signed her out against medical advice, triggering a “patient abduction” 911 call from Mayo and the family being trailed by three police agencies. The core issue seems to be whether the adult patient was capable of making her own medical decisions and the reports that a Mayo social worker was trying to appoint either the county or Mayo itself as her guardian. They family ended up at the ED of Sanford Medical Center (SD), which decided she didn’t need to be hospitalized and that she was capable of making her own medical decisions, after which the police ended their hunt. 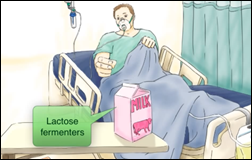 Medical students are skipping classes to the point that 25 percent of second-year students say they almost never attend lectures, relying instead on YouTube videos (like the one above from SketchyMedical) and other outside prep materials to ready themselves for the Step exams. They say those tests cover material glossed over in their med school courses. A student says, “That was the biggest learning curve of med school — it wasn’t so much how do I do well in it, it was, how do I use all these crazy resources that are being marketed to me to best meet my goal of passing Step.” I observed that personally from a relative whose medical school attendance mostly involved listening to recorded lectures at double playback speed. This raises questions: